The Definitive Ranking of Disneynature Films

I am weirdly obsessed with the Disneynature brand of films. If a nature documentary is on television, it takes a lot for me to actually choose to stop and watch it. However, when a new Disneynature film is heading to theaters, I become giddy. When Earth was released in 2007 (It was THAT long ago. I hope you enjoyed this “I feel old” moment!), I went on Earth Day. From then on, it’s been the tradition to see every Disneynature film on the holiday that celebrates our amazing planet. So, not to brag, but I’m an expert. *pushes up glasses and uses calculator* With Monkey Kingdom heading into theaters on April 17th (narrated by TINA FLIPPING FEY!), I thought I’d break down all current Disneynature films, from worst to best. 7. Wings of Life-Narrated by Meryl Streep: My dear, dear Meryl. What bet did you lose to have to narrate this? I am all for you narrating a Disneynature film, I really am, but why did they stick you on this one?! This film, probably directed by Boring McBorington, is about the hidden facets of our globe, like pollinators and the flowers that create the pollen. The narration has Meryl speaking as if she is pollen, then add in 5 minute shots of beds of flowers and I AM OUT. The worst was the close-ups of various bugs. Don’t we all agree that bugs are the worst? I don’t want to see a head shot of something I am constantly creeped out by! That’s why I never watched Two and a Half Men. (My Full-Length Review HERE) 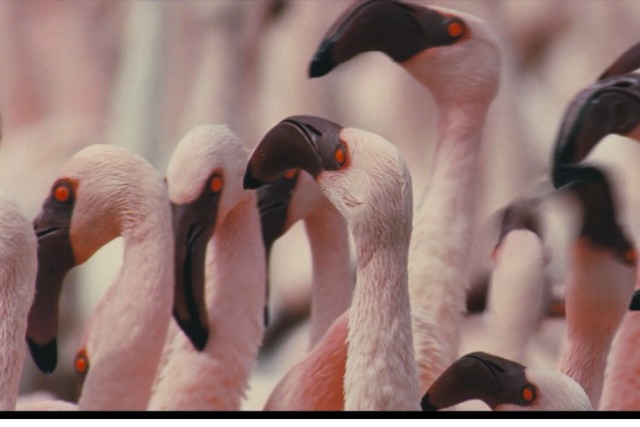 6. The Crimson Wing: Mystery of the Flamingos-Narrated by Mariella Frostup: It is beautiful. The huge groups of flamingos, in their vibrant pink color, is stunning for the eye to see. However, when you realize that those amazing shots are overtaken by baby flamingos dying from exhaustion, getting eaten by mongooses, getting eaten by large birds, dying from salt shackles on their ankles, followed by a shot of a baby flamingo sighing, realizing that their life is over…you begin to reconsider every decision you made to get to that moment in time, of you watching this baby flamingo die as you stuff your face with Ben & Jerry’s and sit on your couch with your memory foam slippers. Just don’t do it. #ImmediateRegrets (My Full-Length Review HERE) 5. Oceans-Narrated by Pierce Brosnan: The second film to hit theaters brought us gorgeous visuals of underwater creatures, “Make a Wave” by Demi Lovato & Joe Jonas, and enough nightmares about crab migration to make you reconsider using a night light. Why is it so low on the list? Pierce. His narration was boring. He was a weird choice to begin with (he was also a weird choice in Mamma Mia, but that’s a different tale for a different day), but overall, with his narration, the film just became forgettable as time went on. 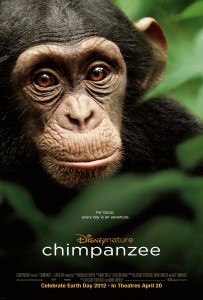 4. Chimpanzee-Narrated by Tim Allen: This release had to tide us over for two whole years, as the brand took a break in 2013 (HOW DARE THEY). This one followed the story of an orphaned baby chimp suddenly taken in by a different family and raised as one of their own, something never before caught on camera and something VERY Tarzan-esque (needs more Minnie Driver). Only issues? Tim’s narration was a tad iffy and it was just jungle, lots of trees and leaves. What cancels out the issues? JANE GOODALL! 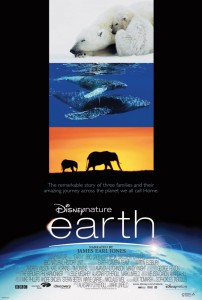 3. Earth-Narrated by James Earl Jones: The first every Disneynature film was something we’d already seen before. This film was just a 90 minute version of the popular Planet Earth series (loved by Oprah. “I LOVE PLANET EARTH, PEEEEEEOOOOOPLLLLLE!”), covering nature across the entire globe. The narration was amazing, the visuals were stunning and it was a great way to dip viewers toes in the water of nature documentaries, the first largely successful one since March of the Penguins. Screw you, penguins. We’ve got Mufasa AND all animals. 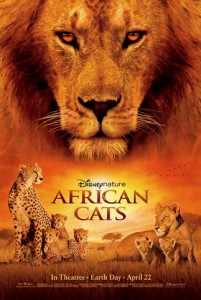 2. African Cats-Narrated by Samuel L. Jackson: This was the first Disneynature film to take on the story approach. instead of showing a broad scope of the nature or region discussed, it focused on two families, one family of cheetahs and one family of lions. Here, it was much easier to dive deeper into some story telling, specific events, and add a sense of suspense of urgency to either group of animals’ actions. The views are spectacular, as the savanna shines under the hot Kenyan sun, but how involved you become during these events make you want to snuggle with the cats. Then you realize what you just thought and you go back to looking at those pictures of Melanie Griffith as a kid thinking “How is she not dead?” 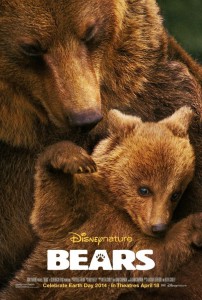 1. Bears-Narrated by John C. Reilly: Did I constantly imagine Wreck-It Ralph talking to me about the struggles of bears in Alaska? Yes, but I didn’t care because it quickly became my favorite Disneynature film. The landscape of Alaska was breath-taking and the subplots (like the salmon and raven) were very intriguing. The best, though, was the main mother and her two cubs. The story of her looking out for her cubs is beautiful and one of those “everyone can relate” type stories. The suspense was there, the funny moments were there (that oyster scene tho) and the heart tugging scenes were there. All-in-all, the perfect Disneynature flick.

Monkey Kingdom is in theaters April 17th, but why not join our tradition and see the film April 22nd, Earth Day. A portion of all proceeds during opening week will go towards saving monkeys across the globe. They also recently announced that 2016’s film will be “Born In China,” covering leopards, pandas, and a multitude of other extraordinary animals. I know I’ll be there! Let me know if you agree with my rankings!