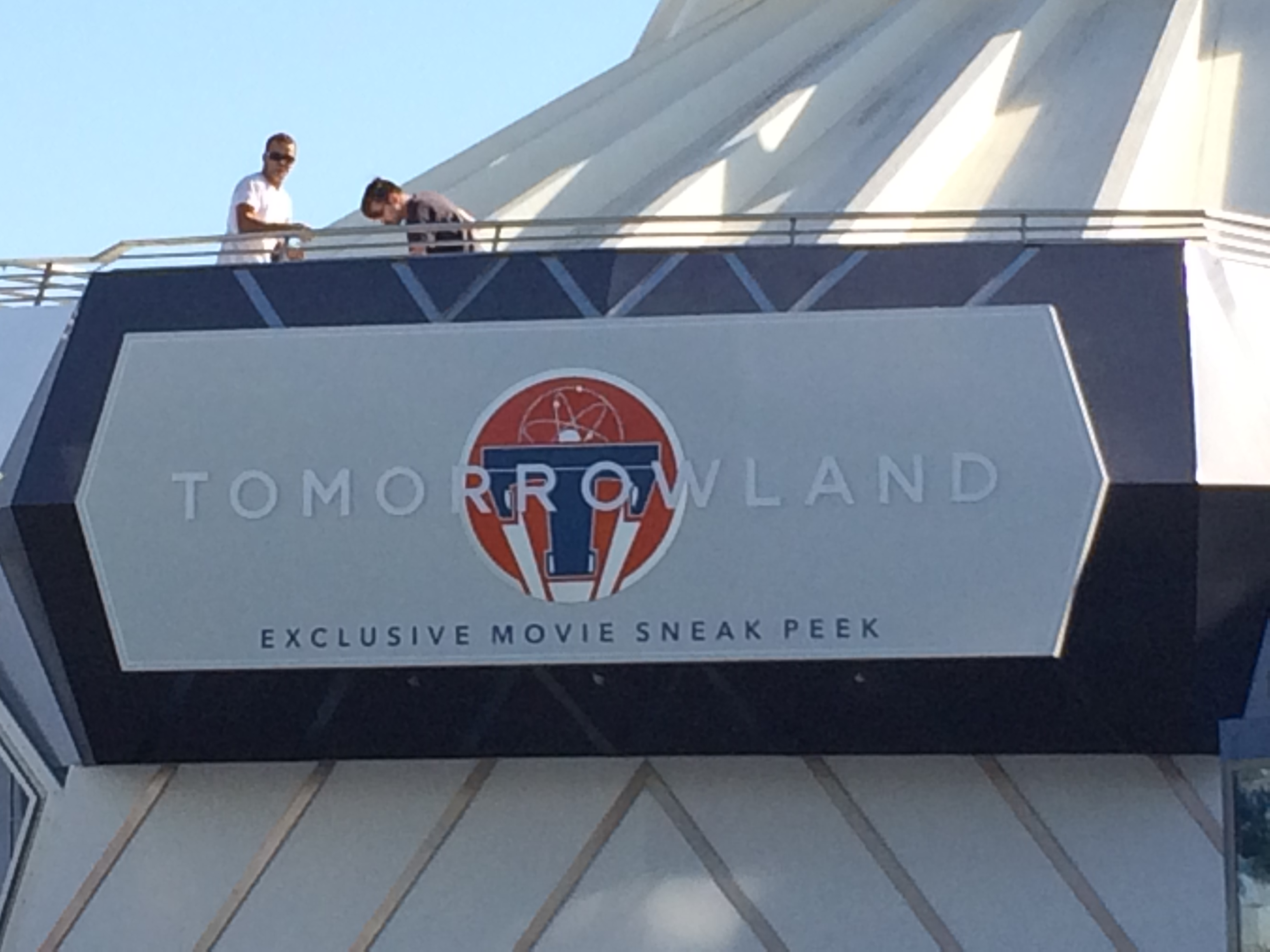 Today, Disneyland Resort Annual Passholders got a preview of the Tomorrowland Sneak Peek which is occurring at the newly renamed “Tomorrowland Theater” (formerly the Magic Eye Theater). As each passholder entered they were given a pin and ushered into the waiting area. The holding pen has had some Tomorrowland touches added to it, with signage from the 1964-65 World’s Fair added to the walls. It was a nice touch and something fun to look at while you waited. A pleasant voice would come over the PA every few minutes to tell us how many minutes until we reach the future, and then we were ushered through the doors that were adorned with the Tomorrowland logo and into the theater.

For those that want to avoid spoilers, I will describe the footage at the end of the article.

Across the way, in part of what used to make up the Starcade was a small exhibit of props and concept art from the film. The 1952 box, which was presented at the last D23 Expo as a mysterious box that was found on the studio lot and inspired the film, was also on display.

Some of the props included two different jet packs, two costumes, a “monitor console” and various other inventions. There is also a countdown clock which is counting down to the release of the film.

UPDATE: Disney is also previewing the film at Epcot at the Imagination Pavillon. Here are some pictures from that experience. 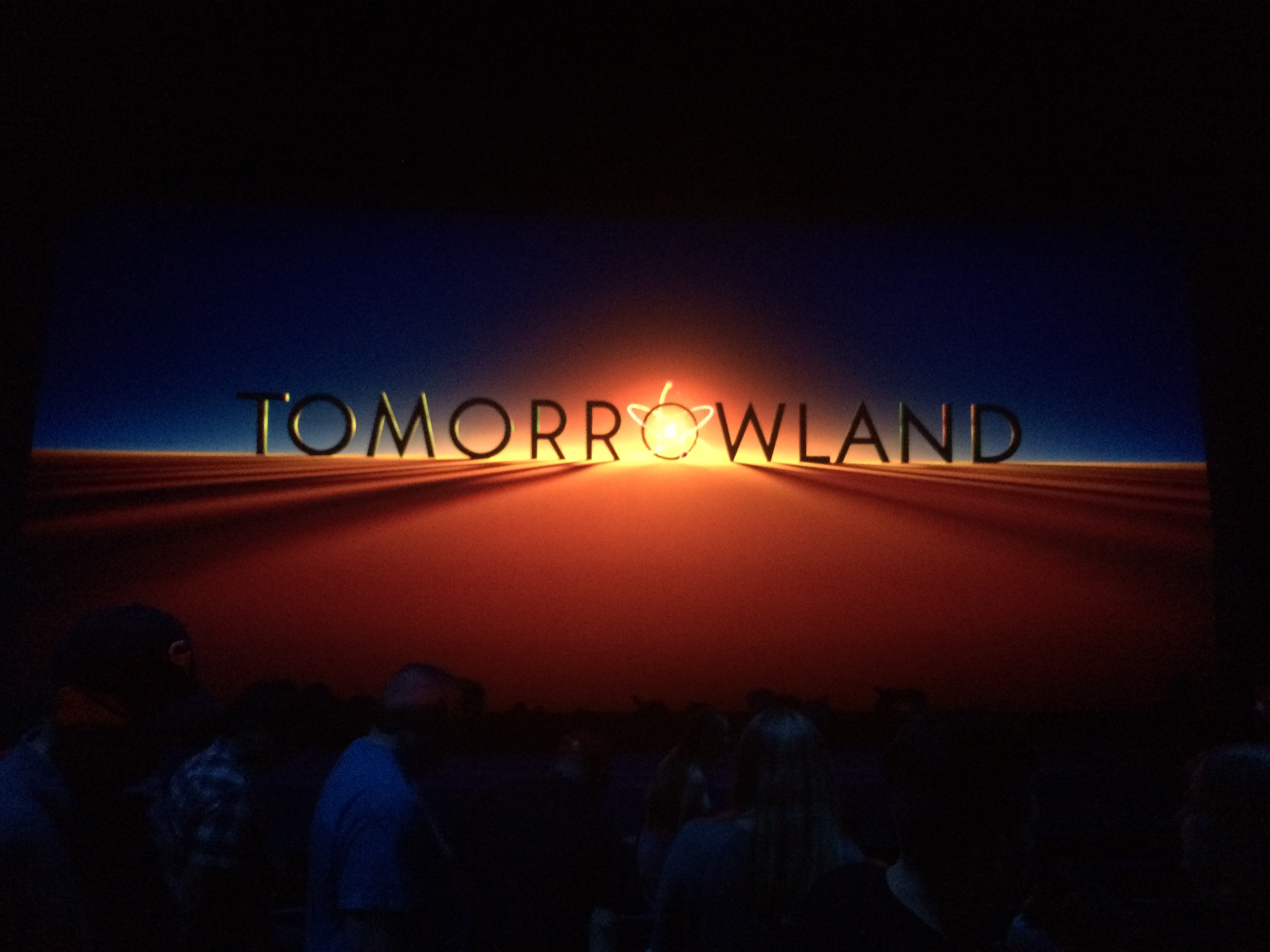 Now back to the footage…

The footage starts with the familiar refrain of “Great Big Beautiful Tomorrow”. Young Frank is at the World’s Fair to present his invention, a Jet Pack, at the Hall of Invention. Young Frank, presents his jet pack to Hugh Laurie’s character who is less than impressed when Frank admits it does not quite work yet. A young girl is impressed and follows Frank outside to a park bench.

She gives Frank a Tomorrowland pin and tells her to follow. He follows the girl and some other VIPs to “it’s a small world” and jumps in the boat behind them (safety is not Frank’s strong suit). He experiences the attraction until he reaches the France segment. Then, from atop the Eiffel Tower, a laser scans the pin and Frank is flushed down into the basement of the attraction. He gets out of the boat and into some sort of transport which takes him to an alternate dimension, Tomorrowland.

Once there, he once again goes where he is not supposed to go and has his jetpack stolen by a robot. This robot repairs the jetpack and returns it to Frank. Then Frank begins to fall, but he finds that his jetpack now works and he blasts off into Tomorrowland.

This is all followed by a montage of scenes from the film and a final reminder to see Tomorrowland when it is released on May 22.