This past Friday, ABC debuted a companion show to their business/reality show hit Shark Tank entitled Beyond the Tank. Billed as a “three week event,” the series follows companies that have appeared in the Tank; some which received deals and some that didn’t. Considering that Shark Tank is currently in its sixth season, it’s somewhat ponderous that it took this long for such a spin-off to premiere.

If the premise of this show sounds a lot like the short “updates” that are included in each episode of Shark Tank, you’d be right. However, where as those updates tend to show success stories and focus on the good, the promos for Beyond the Tank highlighted the other side of the coin and featured lots of harsh words and tears. Carrying the tagline “Getting the deal is just the beginning,” Beyond seemed to promise more reality that your typical “reality” show. 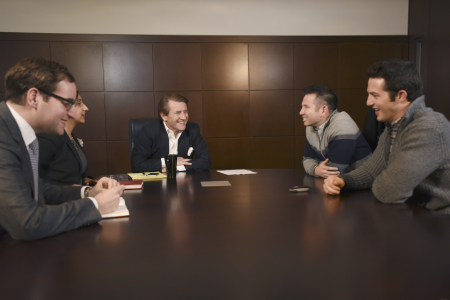 Unfortunately, that’s not quite how the first episode went. In fact, when the show began — giving an update on Tipsy Elves, who made a deal with Robert Herjavec for their ugly Christmas sweater company in season 5 — it actually used some of the same footage as their recently-aired update. Throughout this segment, it became apparent that the glossy and obviously staged format of the back-stories and updates on Shark Tank (easily my least favorite parts of an otherwise stellar show) would not be shaken off for this series. Even when Robert informed that Elves that he hated one of their ideas, there was no sense of drama.

Fans of the show could easily dismiss this as a fluke considering that Robert is arguably the nicest Shark in the Tank.  Maybe things would be different when the slightly-more-vicious Daymond John sat down for a serious talk with one of his entrepreneurs — Bubba of Bubba Q’s Boneless Ribs. To some degree, this was true, but while the company was experiencing some real problems, their meeting was quickly dismissed in favor of family dinner time. 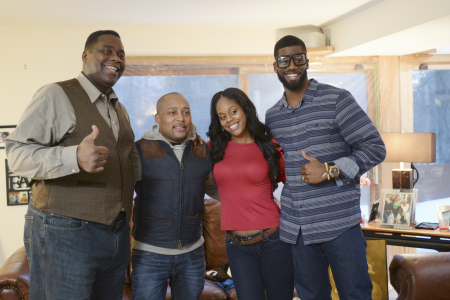 I’m not saying I need to see these people get chewed out on national TV or that the Sharks should be nasty for no reason, but there were several eye roll-worthy moments that are an unfortunate staple of “reality” TV. Beyond the Tank would benefit from taking a page from CNBC’s The Profit.  When that show’s host, Marcus Lemonis, has a conservation with a business owner he’s invested in, you get the feeling you’re watching a real heart-to-heart exchange. Watching Beyond the Tank, you feel every word out of someone’s mouth was preceded by a director yelling, “…and action!”

Though I appreciate the idea behind this overdue series and will continue to watch, I hope they change things up in future editions. If things are going well in a company, that’s great to see. But when things go wrong, Beyond the Tank puts a cage between their entrepreneurs and the Sharks. When it comes to these awfully staged moments, like Uncle Kevin would say, “Stop the madness!”

Beyond the Tank airs Friday, May 8th and May 15th at 9/8c after Shark Tank on ABC.