The D23 Expo panel, 60 Years of Disney Parks Merchandise, opened with an anecdote about how the first run of Mickey Mouse dolls for the Parks were outsourced. This resulted in a small batch of products that did not match the rest, as seen with the odd-looking Mickey in the lower right of the photo amongst the otherwise normal-looking set of toys.

The popular Mouse ear hats were then brought into focus. These hats were inspired by the Mickey Mouse short “Hot Dog!”, in which Mickey tips his ears to Minnie. Incidentally, “Hot dog” were the Mickey’s first words. The first hat, styled to match those of the Mouseketeers, sold over two million pieces. Ear headbands were introduced in 1956, initially costing 29 cents. The next big innovation came in 2005, when ear Hats were colored gold for Disneyland’s 50th anniversary. Over one million of those golden ear hats were sold. This was the first time the hats had been a color other than black and opened the door for the many variations, such as the character-themed hats and the Made With Magic hats. Those attending the D23 Expo panel were the first to see an image of the Mickey Mouse ear hat that will be exclusive to Shanghai Disneyland when it opens. It harkens back to the more traditional design with its black base and Mickey Mouse patch on front. Several new merchandise lines were announced at the panel, the first being Twenty Eight and Main. Seeking to give Disney lovers another to display their fandom, the modern men’s fashion and accessory line utilizes images such as the Disney family coat of arms as well subtle nods to classic attractions and characters like the Matterhorn and the Orange Bird. Items from Twenty Eight and Main are scheduled to appear in the Parks and online in Fall 2015. There are also plans for a store within the Co-op in Walt Disney World’s Downtown Disney District. The next line, Disney Boutique, is targeted towards young women with the aim to be both Disney-inspired and trendy enough to wear in everyday life (i.e. outside of the parks). The purses and other accessories in this collection are made with vegan leather. 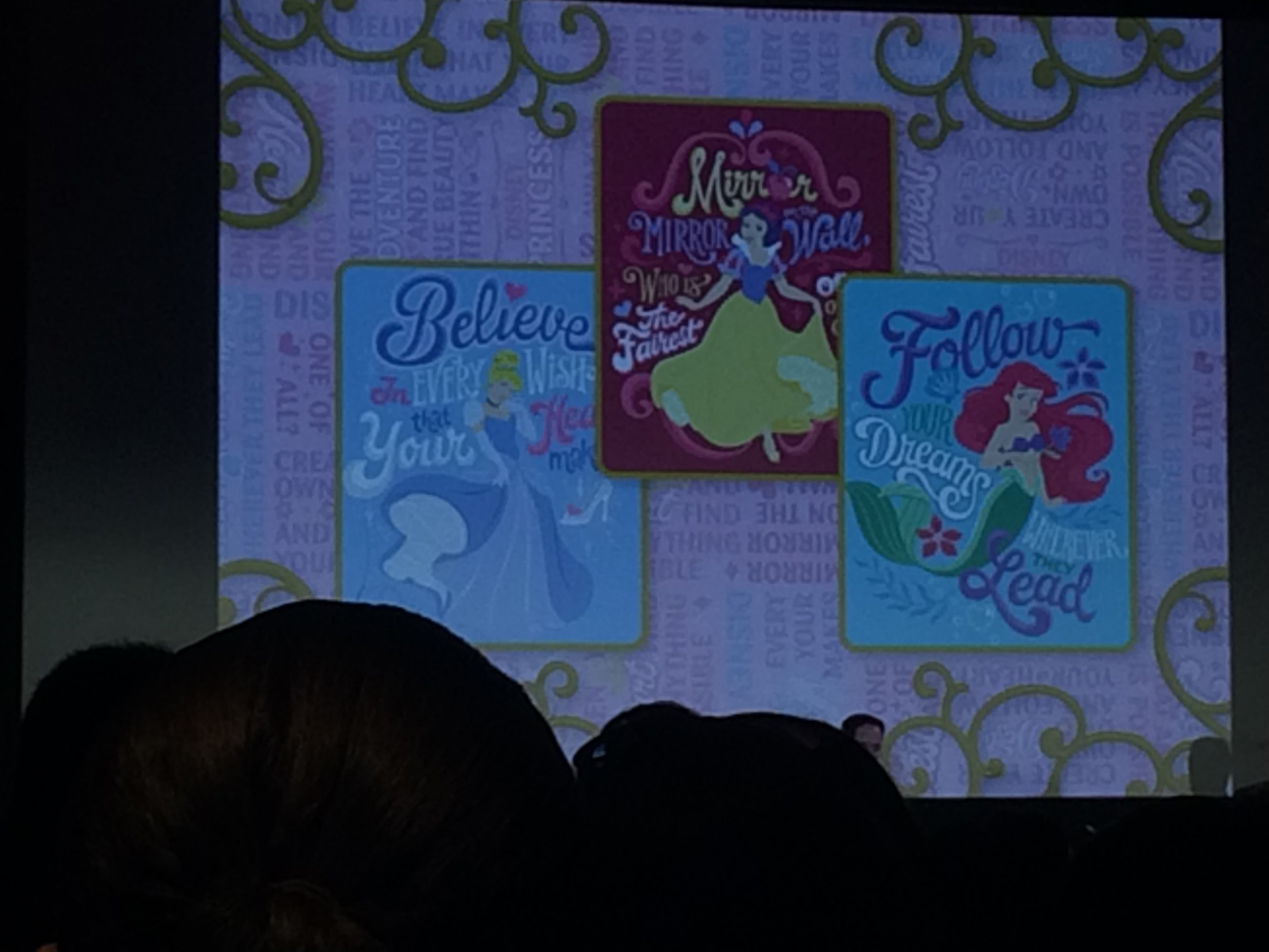 The target audience for the Disney Princess collection is young girls. With a focus on the strong and admirable characteristics of the princesses in Disney films, the line uses several different art styles to hopefully appeal to a wider range of tastes. The Haunted Mansion line was revealed to much fanfare. The items shown focused on the lore of the attraction with images of the Hat Box Ghost as well as Master Gracey. The upcoming Pirates of Caribbean collection places Mickey Mouse and the gang, drawn in the style of the new cartoon shorts, in the classic Parks attraction. Apparel as well as plushes will be included in this line.

The panel then moved on to revealing key art that will be used in merchandise specific to different Disney resorts around the world. The slide for Disneyland showcased images for Disney California Adventure as well the attraction, Mater’s Junkyard Jamboree in Carsland. Walt Disney World unveiled art that will appear on merchandise for the 2015 EPCOT Food and Wine Festival (including a new event-exclusive activity, Remy’s Ratatouille Hide and Squeak) plus Rock n’ Roller Coaster in Disney Hollywood Studios. The logo for 45th Anniversary of the Magic Kingdom was also shown. The slide for Disneyland Paris focused on the Hipster Mickey as well as a new detailed style of Tinkerbell art. Because this year is both the 10th anniversary for Duffy the Disney Bear at Tokyo DisneySea as well as the Year of the Monkey, new art and merchandise will focus on those themes. For Hong Kong Disneyland, local artist Alice Chan teamed up with Disney to create art with her unique style which is recognizable to those in Hong Kong. Given the classic look of the ships in the Disney Cruise Line, it makes sense that much of the upcoming merchandise draws from seafaring expeditions of old. Each different itinerary also gets their own key art, including the 2016 British Isles sailings. In addition to these designs, new items were shown that tie into the announcement of the Star Wars Day at Sea. Two different styles will be gracing new merchandise at Disney’s Aulani Resort and Spa. The first is the retro kind of art typically found in beach paintings, seen in the bottom-left of the slide. Found on the upper-right, the second style features images of Mickey and friends plus the lesser-known Duffy the Disney Bear enjoying the resort. 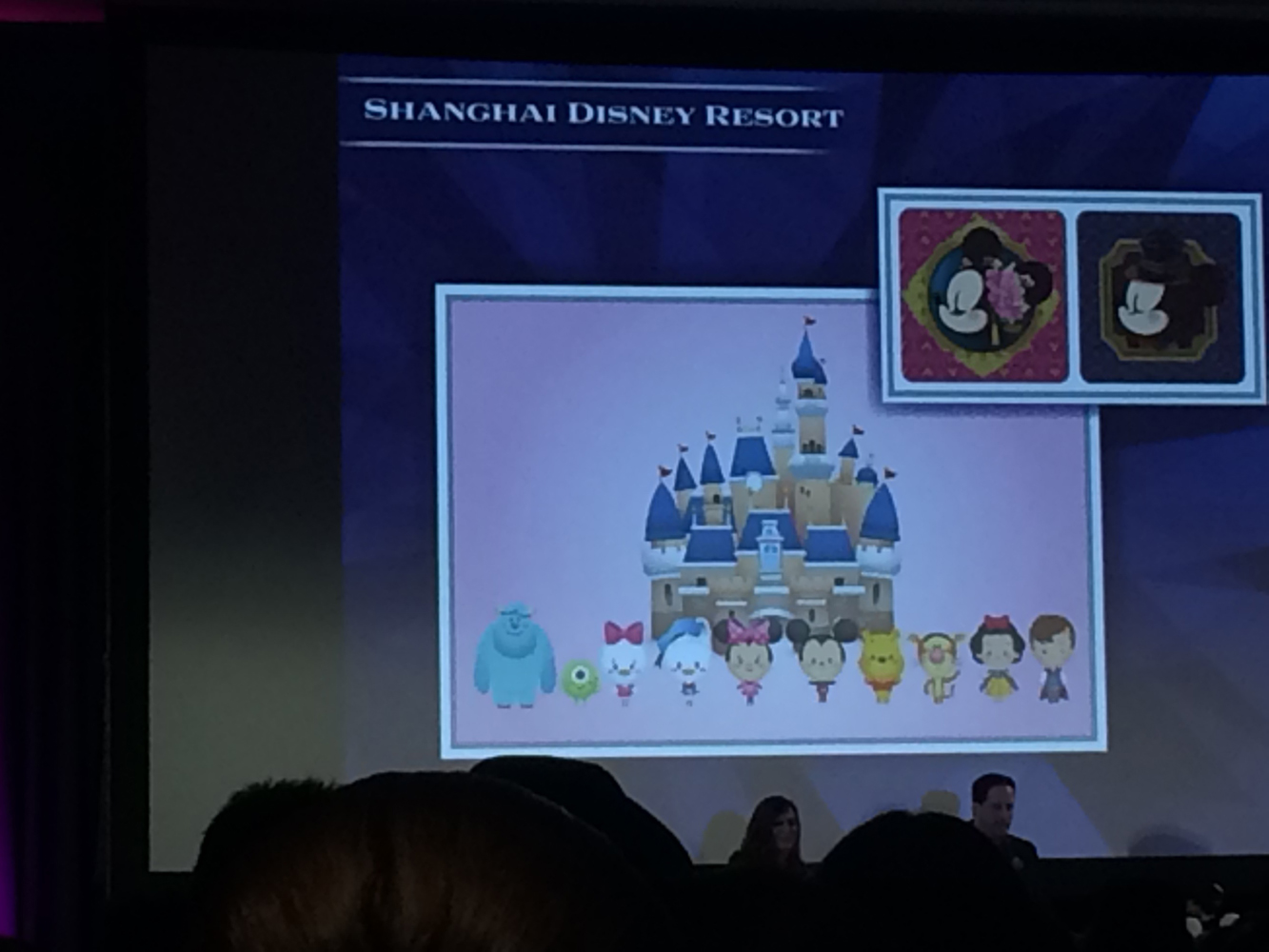 The focus for the Shanghai Disneyland merchandise is a “cute” aesthetic and a look that has a touch of native culture.

The last announcement for the panel was the release of We Love Disney music album, which will release in October 2015. Produced by David Foster, the CD will feature remixes of classic Disney songs by popular artists such as Ne-Yo, Fall Out Boy, Ariana Grande, Jason Derulo, and Gwen Stefani.