I’m not usually one to perpetuate rumors (at least not publicly or in blog form) but it would seem something is afoot in my beloved Tomorrowland at Disneyland Park. As you may know from my previously writing about them, I am a big fan of a band called Suburban Legends that performs often at the rising stage outside of a food court known as Tomorrowland Terrace. It’s worth noting that, during the daytime, this stage is also home to the West Coast version of Jedi Training Academy, but more on that later.

A few months ago, I came across a post on Facebook from a fellow SL fan talking about the impending closure (or at least “refurbishment without a reopening date”) of the Tomorrowland Terrace stage… or at least the bands on them. As far as rumors go, there are ones that sound out of left field, some that sound probable, and some that are about as “secret” as the Disney Vacation Club. At this point, the eventual arrival of a Star Wars Land was the latter as it was a foregone conclusion that the popular franchise would surely grow its park presence and put that $4 billion LucasFilm investment to good use.

Some of the other whisperings related to Star Wars Land were a little less concrete and more in the “plausible” realm of rumor. A popular theory involved part of Tomorrowland being repurposed and, thus, the closure of the Tomorrowland Terrace stage could very well be phase one of such a plan. Still, I wasn’t fully convinced that anything was happening to TLT until Suburban Legends posted this on their Facebook page last night: 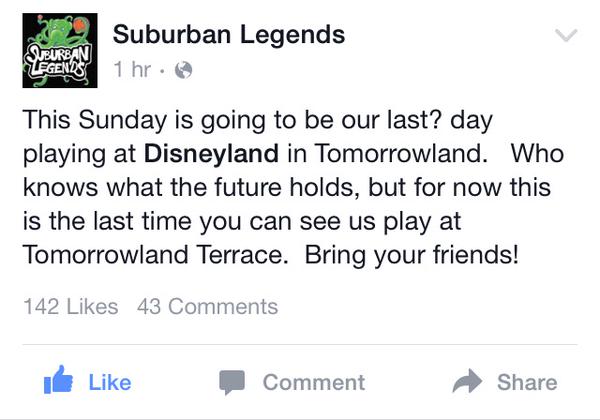 Granted, taken at face value this could just mean that the band is going on tour or simply leaving the Disney life behind. However, there is also a Change.org (a site so littered with worthless and petty campaigns that it’s a true wonder how they get to keep the important sounding ‘.org’ in their name) petition asking for citizens to “Save All Tomorrowland Bands.” Again, giving such a thing any credence is below me and yet…

The biggest question is what is to become of Jedi Training Academy, which is surely sticking around. Is the stage being re-themed to better suit the Saga? Will they be offering evening classes, hence the displacement of the bands? Or maybe the stage real estate will be occupied by something else and Jedi will move inside to the Star Wars Launch Bay when it opens? Any of these seem logical enough and so the continued existence of this attraction does nothing in the way of “saving” the TLT bands.

I was quite excited that Suburban Legends were performing on my last trip to Disneyland for the D23 Expo. Unfortunately, I was only able to watch a set and a half given all the catching up I needed to do after my seven-month absence. While I’m certainly sad that I can’t be there on Sunday to watch this “final” performance, I have a feeling they’ll resurface elsewhere (including DCA or Downtown Disney — both of which they’ve played in previously). Even if the Legends do leave Disneyland, well… so did I. I’m sure our paths will cross again and we will dance the night away. 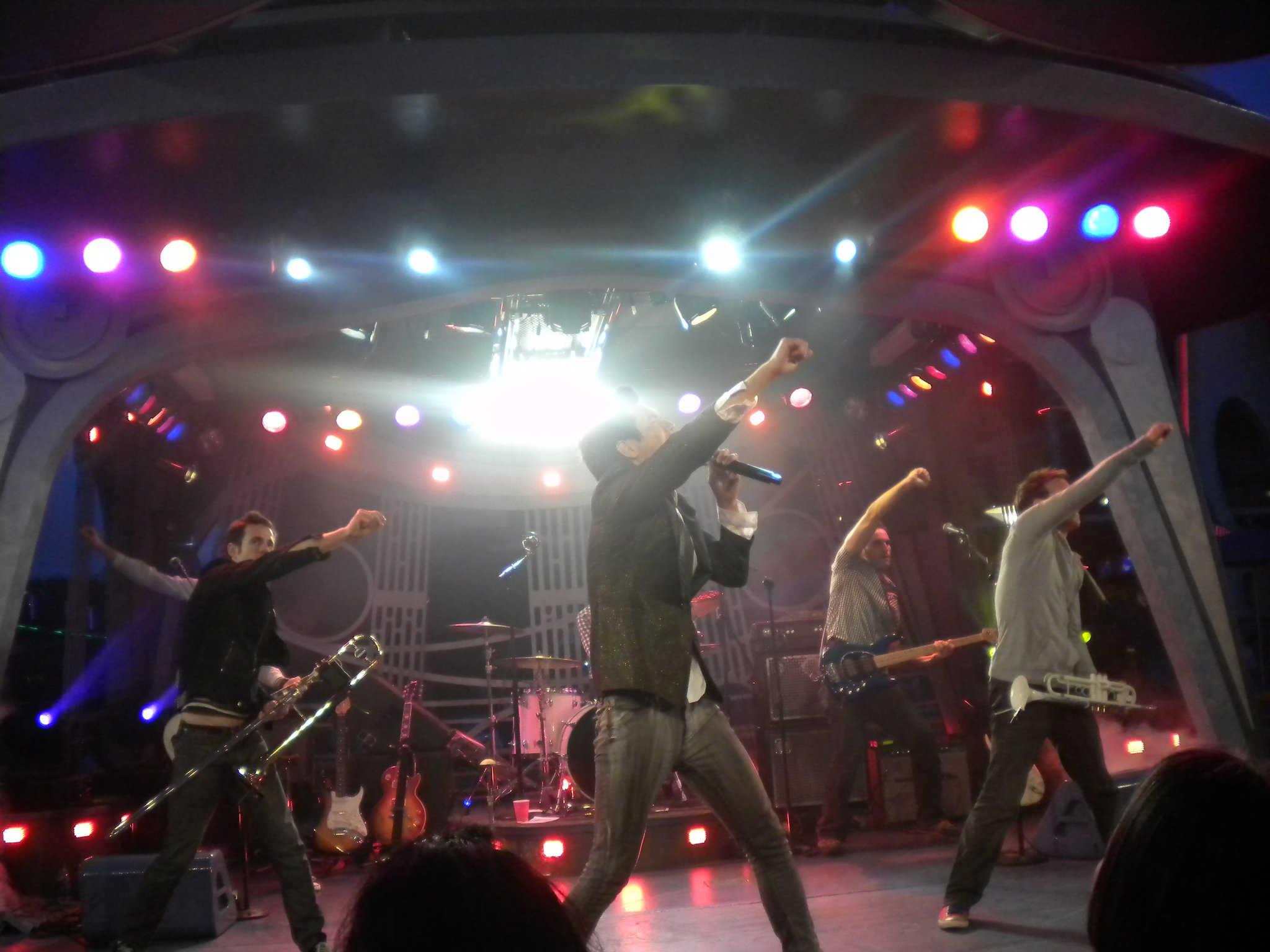