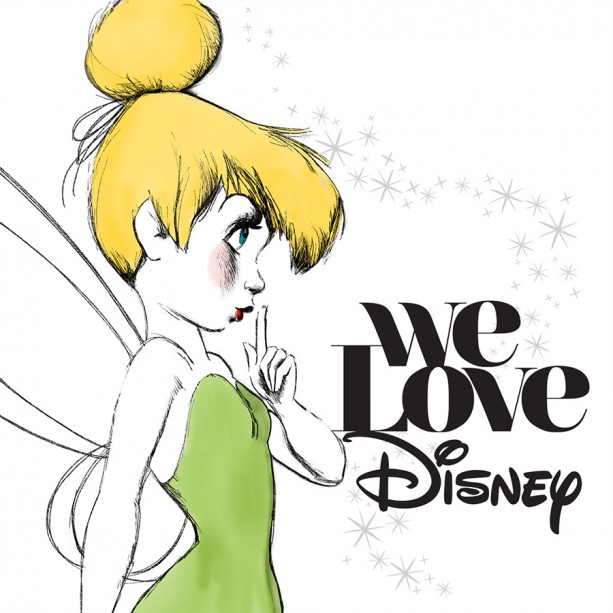 I love me a good Disney cover. Give me a Disneymania over a regular movie soundtrack any day. Star of Discovery Kids series Darcy’s Wild Life singing a pop-rock version of “Can You Feel the Love Tonight?” Yes please. Failed Disney girl group The Beu Sisters doing a moody version of “He’s A Tramp”? Sure, why not. Everlife singing whatever the heck they want? GIVE IT TO ME! Thus, when I heard the announcement of the We Love Disney series coming to America (formerly a French album series), I freaked out like Kronk after a fresh batch of spinach puffs. Not only would I be getting a new album of covers, but this time, from recording artists that are known entities, not just Disney Channel ones! CUE CONFETTI! Let’s go track-by-track and see if this new compilation album lives up to my own, self-created hype.

With only two real duds, I would HIGHLY recommend this album. Buy the whole thing, which is available on lime green vinyl if that suits your fancy, so we can get more of these amazing things! People miss Disneymania and always want them back, but the only way to show you want them is through you purchasing cover compilations yourself. This is an absolutely perfect stocking stuffer for the Disney fan in your life…or for yourself. I don’t judge. Grab a copy today!