On November 13th, Walt Disney’s Fantasia — which has been called everything from pretentious, to a masterpiece, to a film decades ahead of its time — turns 75 years old. To celebrate this milestone, Disney is bringing the film back to a selected amount of theaters across the country (with most of the screenings taking place on either November 8th or November 15th).

I was fortunate enough to see the film at the historic TCL Chinese Theatre in Hollywood. As you could expect, it was quite an experience to see (and hear) this ambitious work of art on a huge screen with state-of-the-art speakers. No film, not even the respectable sequel Fantasia 2000, has been able to quite capture the unique majesty of this classic. 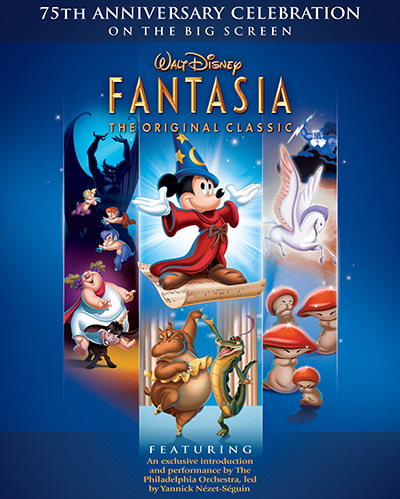 Before this screening is a new introduction by conductor Yannick Nézet-Séguin, the current music director of The Philadelphia Orchestra — the very same orchestra used to conduct the score for the movie 75 years ago. In this seven minute introduction, Nézet-Séguin explains the genius of conductor Leopold Stokowski was that he knew how to sell classical music to new generations, particularly younger audiences, realizing early on the that the future of classical music’s appeal would rely a lot on visual interpretation. This is what made Stokowski’s collaboration with Walt Disney a match made in heaven. He also expresses his fondness of the movie, explaining he can’t remember the first time he watched the movie as it feels like it has always been there as an important guide in his life.

He states it’s an honor for him to help continue the film’s legacy; this introduction being simultaneously set to B-roll footage of Nézet-Séguin conducting The Philadelphia Orchestra playing both Nutcracker Suite and The Sorcerer’s Apprentice. He states that his favorite scenes are Toccata And Fugue in D Minor by Johann Sebastian Bac, explaining that Deems Taylor’s introduction does a great job of setting up this fantastic world we’re about to enter followed by wonderful abstract art followed synced with grand music. He also expresses his admiration for The Sorcerer’s Apprentice, praising how “fun” the rendition of Paul Dukas’ piece is and states that pretty much no one today can listen to that score now without thinking of Mickey Mouse. 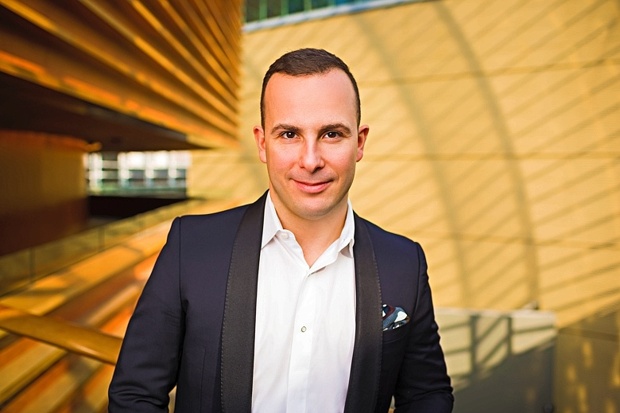 The movie being shown is the most recent transfer that was on the last Blu-Ray release, so for those who were hoping to see another version of the movie — be with Irwin Kostal’s recording, one where Deems Taylor sounds more like Deems Taylor and less like Corey Burton, or (heaven forbid) an earlier cut that includes the character Sunflower in The Pastoral Symphony — then you’re going to leave disappointed. However, if you’re one of those who have only seen segments of Fantasia and have never seen the film from beginning to end, then there is no better way to do so then on the big screen in time for the film’s 75th anniversary.

To see where the closest theater playing Fantasia is to you (and to purchase tickets) visit http://www.fantasia75.com.