Fantasia and Stokowski: How It All Came Together Over Dinner 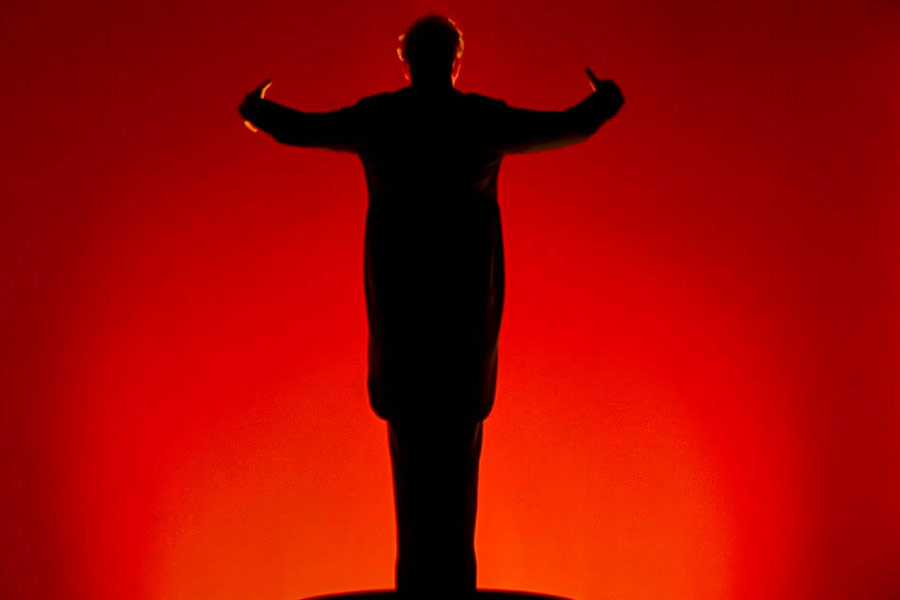 Prior to the 1937 theatrical release of Snow White and the Seven Dwarfs, Walt Disney had already begun to lay the creative groundwork for his next animated endeavor. As was the custom within the studio, Disney’s bubbling enthusiasm for the new project was infectious and the framework for what would become The Sorcerer’s Apprentice starring Mickey Mouse began to take shape. Disney cartoons always relied heavily on music, but, with this newest project, Disney hoped to bring the music to the forefront with animation only serving a secondary role. Disney wanted to find a way to make classical music more accessible to the general movie going public.

Walt Disney already had an accessible well-known character in Mickey Mouse to utilize for the proposed elongated short. However, considering the new music-dominated direction of the cartoon, Disney wanted a well-known conductor to add prestige. Fate smiled upon Disney for while dining at Chasen’s restaurant in Hollywood: he ran into Leopold Stokowski, famed conductor of the Philadelphia Orchestra. Disney did not hesitate to pull a chair up to Stokowski’s table and regale the conduct with the story of the newest cartoon project. After this chance meeting, it wasn’t long before Stokowski sent word to Disney that he was extremely interested in the project and offered to conduct for free.

In December 1937, Disney and Stokowski signed a contract ensuring the conductor’s services. The recording of composer Paul Abraham Dukas’ masterpiece The Sorcerer’s Apprentice was held at Culver Studios in California. Conducting an orchestra of 85 Hollywood musicians, Stokowski led the Hollywood orchestra through a three-hour recording session. However, as with many of Disney’s dreams, costs soon began to soar. In order to regain the production costs of Mickey Mouse’s The Sorcerer’s Apprentice, the decision was made to turn the short into the basis of a feature film. Fantasia, or, as it was known at the time, The Concert Feature, was born.

Once the musical selections were chosen for The Concert Feature, Stokowski signed an 18-month contract to conduct the remaining pieces. Per his contract, Stokowski chose to use The Philadelphia Orchestra. The recording session was held at The Academy of Music, then the home to the orchestra, in April and lasted for seven weeks. Disney paid for all the wages associated with the recording. These included wages for the musicians, stage personnel, music librarians and the orchestra manager. All in all the total wages came to about $18,000 which, given inflation, would be about $300,000 today.

From all accounts, Stokowski and Disney enjoyed a creatively fruitful relationship. During the preproduction phase, these two men would often discuss classical music and the artistic ideas that would be represented in Fantasia. Disney found a like-minded artistic soul in Stokowski and both men left their indelible print on the final film.