Tags: Hyperspace Mountain, Season of the Force, the e-ticket life

A couple of weeks ago, I complained about how Season of the Force at Disneyland was scheduled to open the Monday after I was in town for the Avengers Super Heroes Half Marathon weekend. Well, first, let me apologize to the fine folks at the Disneyland Resort as I was able to experience both Star Wars: Path of the Jedi and the far more exciting Hyperspace Mountain last Saturday after completing the Captain America 10K. While the Star Wars Launch Bay and Jakku addition to Star Tours still eluded me, let’s face it: Hyperspace Mountain was really all I cared about (and is actually limited to the event unlike Launch Bay or Star Tours). 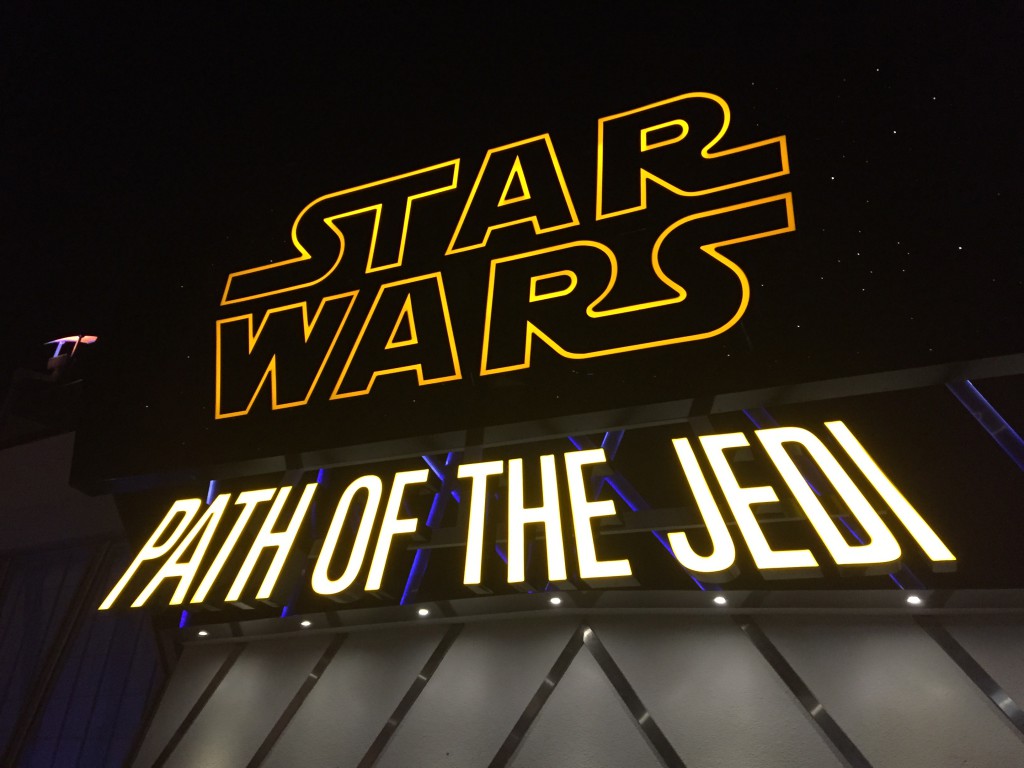 My relationship with Space Mountain is an interesting one. I’ve always loved the attraction but, for a number of reasons, I don’t ride it very often. The first reason is that, being an E ticket, the coaster usually commands a pretty sizable line and one I don’t often feel like waiting in. And while I know I could always just get a FastPass, it usually ends up pretty low on my FP priority list.

Part of the reason it’s not my top choice for FastPass is probably because I often get a headache after riding Space (at least the Disneyland version). Everything starts off great but, about maybe three-quarters of the way through, I’m just waiting to take my picture and be done with it. It’s rarely that bad, but it’s still enough to keep me away unless someone else insists on going.

Finally, for the past few years, Space Mountain has added the subtitle Ghost Galaxy from mid-September through early November. As I’ve mentioned on this blog before, this version is an absolute no-go for me. I attempted it once during it’s freshman year and have zero plans to ever repeat.

So why was Hyperspace Mountain such an exciting premise for me? While I once confessed that I was a fraud of a Star Wars fan, I have recently revisited all six films and have tickets to see the seventh on the evening of December 17th. Thus, I felt I was well enough versed in the saga to appreciate this overlay. 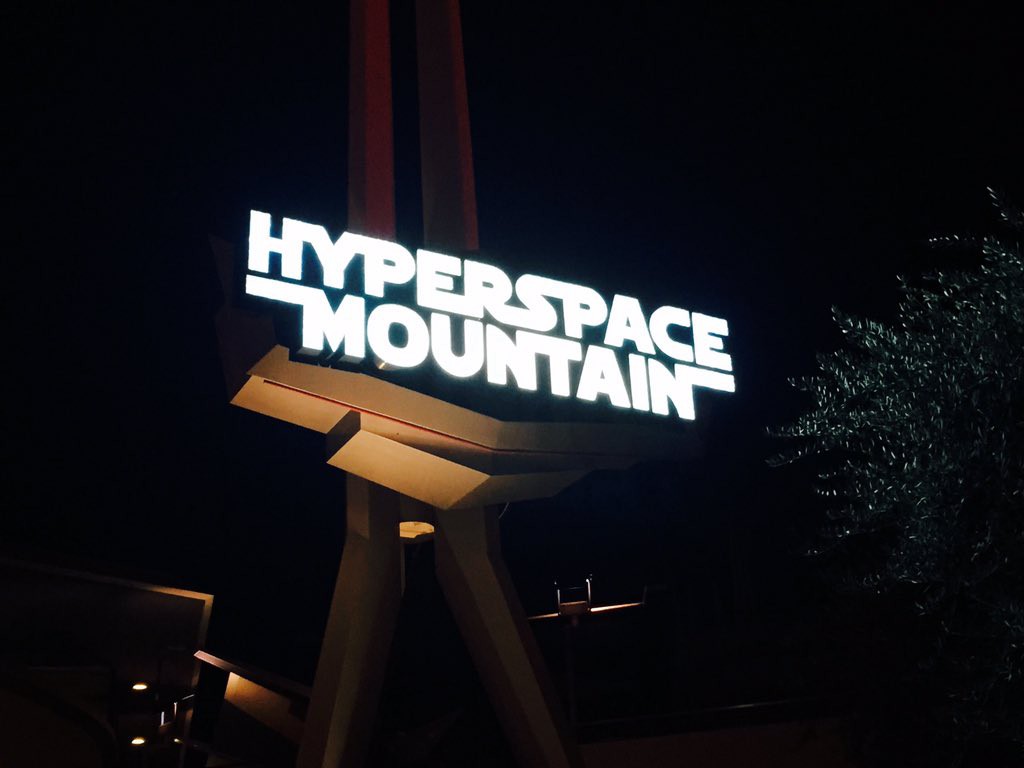 Much like my decision to ride Tower of Terror in Tokyo despite being uneasy about it (a tale I share in my book… which would make a great holiday gift, by the way), it was clear to me that I needed to set aside my hang ups and the mild discomforts associated with Space Mountain and prepare for battle. I tell you now that I’m glad I did. Hyperspace Mountain was a familiar yet entirely different experience. While some might write this off as a mere cash grab, this overlay is on the level of Haunted Mansion Holiday and shows an incredible amount of forethought and cleverness.

Luckily, my wife loved it too. In fact, she wrote it a second time (with LP’s very own FanBoy and Alex) while I passed. Obviously I was relieved that she was able to experience the attraction during our limited time in the parks, justifying the ticket purchase… that we didn’t make — thanks FanBoy and Alex!

Incidentally, I did kind of regret going to the parks on Saturday when I started my half marathon on Sunday, but that’s a story for another time. I’m back home now and already missing the West Coast again. So thank you, Disneyland, for welcoming me back so warmly and giving me something new to enjoy along with all my old favorites.