In a newly opened corner of Disney’s Hollywood Studios, the evil Dr. Facilier has opened a club in the seemingly innocent looking Sunset Showcase and it is the best club ever! A few months ago when the Club Villain event was announced, I was very hesitant. The last two Villains Unleashed events at the park had left such a bad taste in my mouth and pocketbook that I had very low expectations for this. 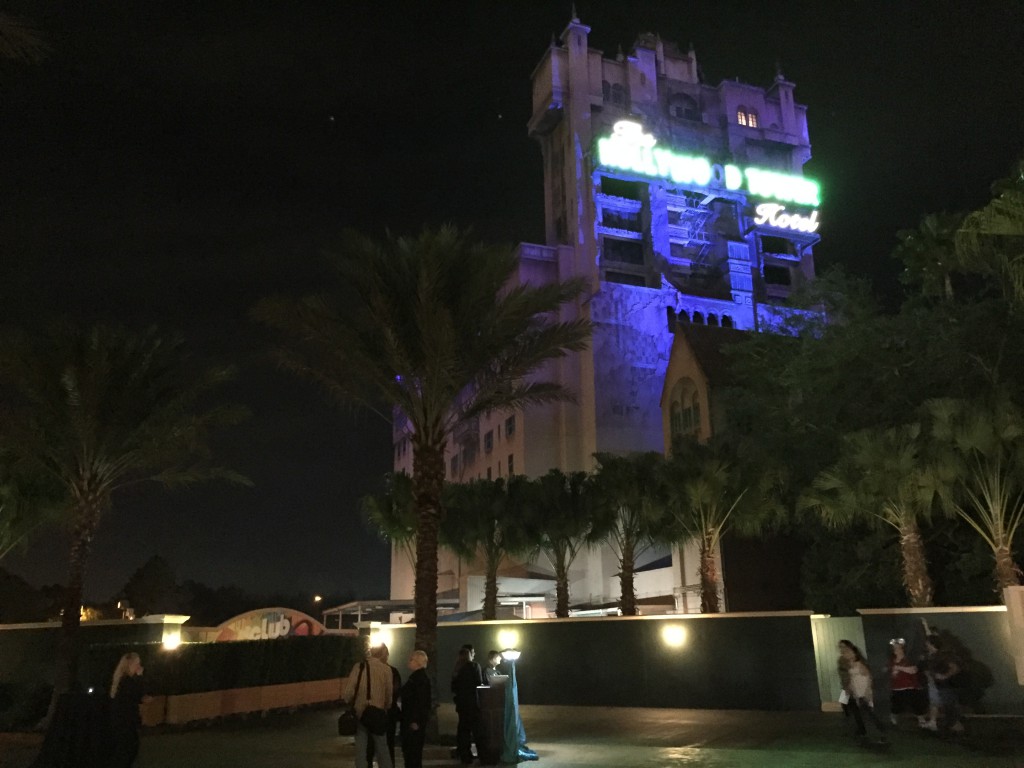 As check-in began,with the Hollywood Tower Hotel looming over us, guests were given an invitation to join the “friends on the other side.” This invitation also contained some famous signatures and the menu for the evening. 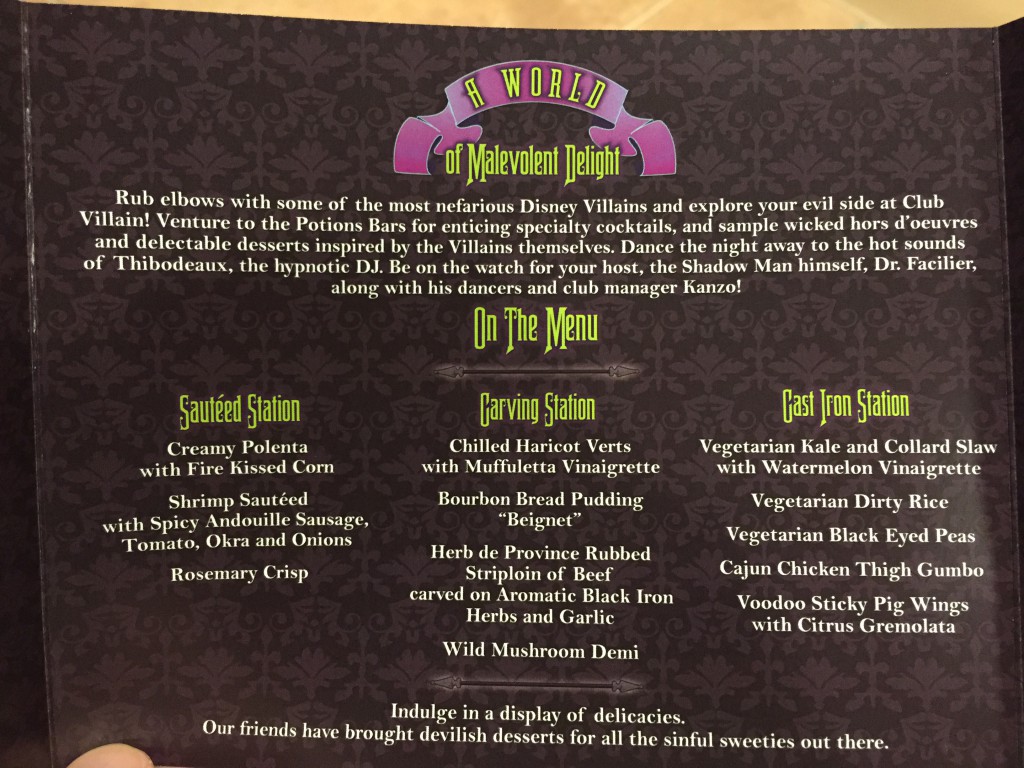 Along with a table assignment were scheduled times to meet the true stars of the evening: the villains. 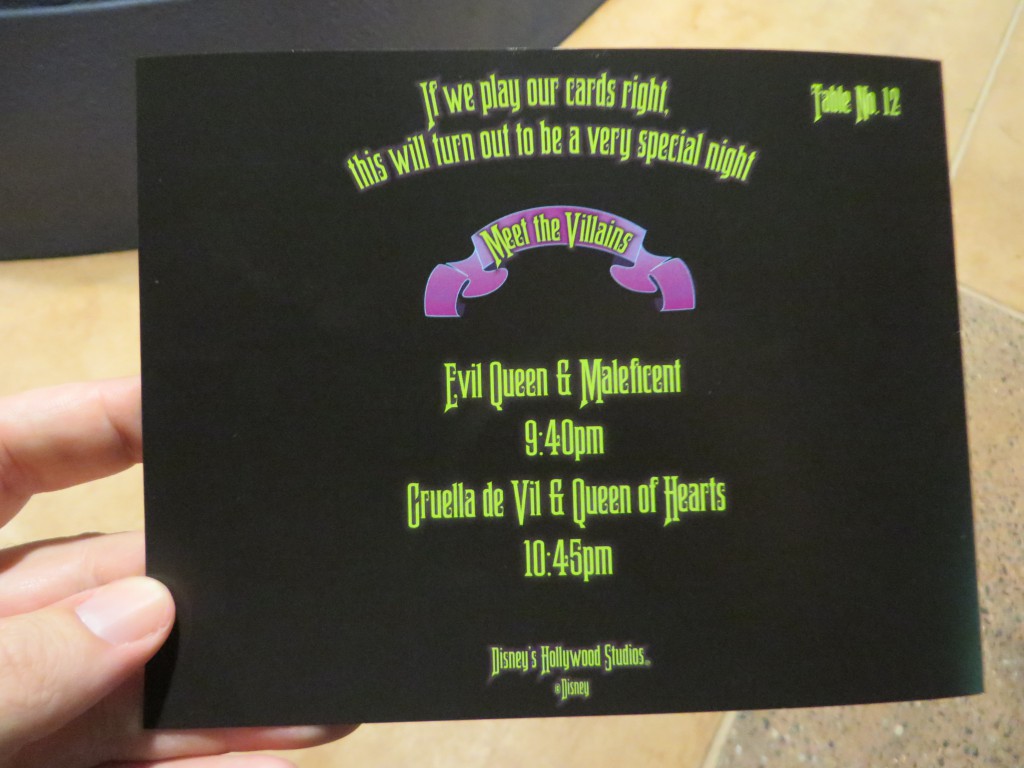 After enjoying some champagne or water and having some time to mingle with the other guests outside, we were ushered in and shown to our tables inside Club Villain. 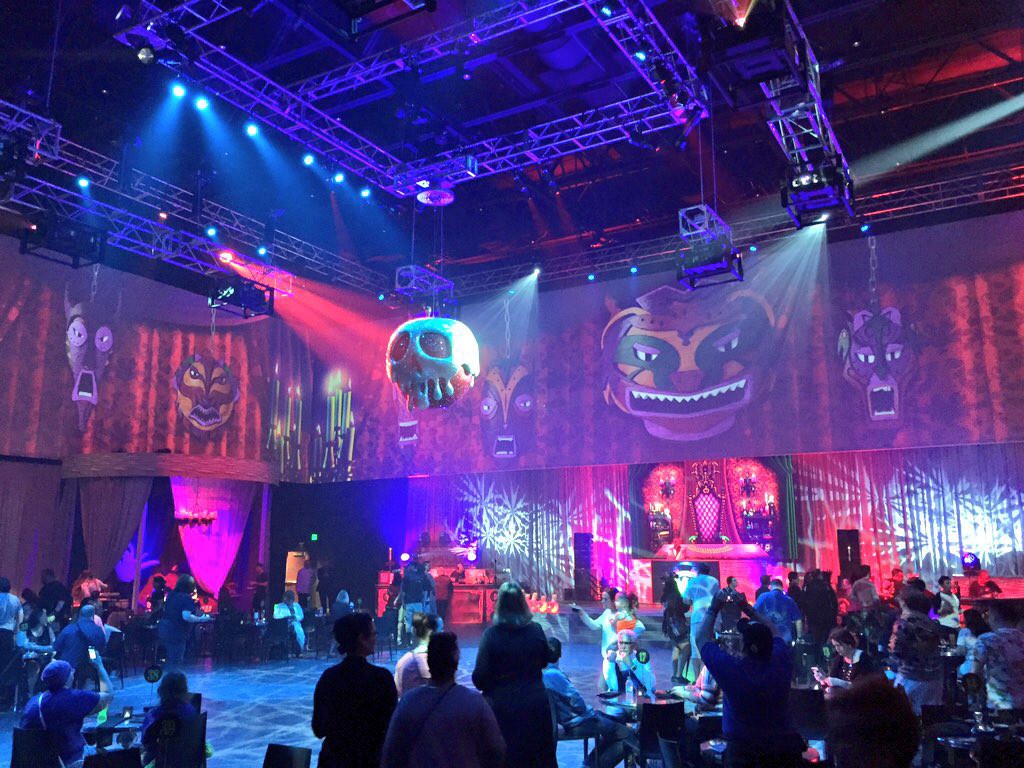 As DJ Thibodeaux spun some hypnotic tunes, guests had time to enjoy some of the amazing options of food and libations prior to the show getting under way. 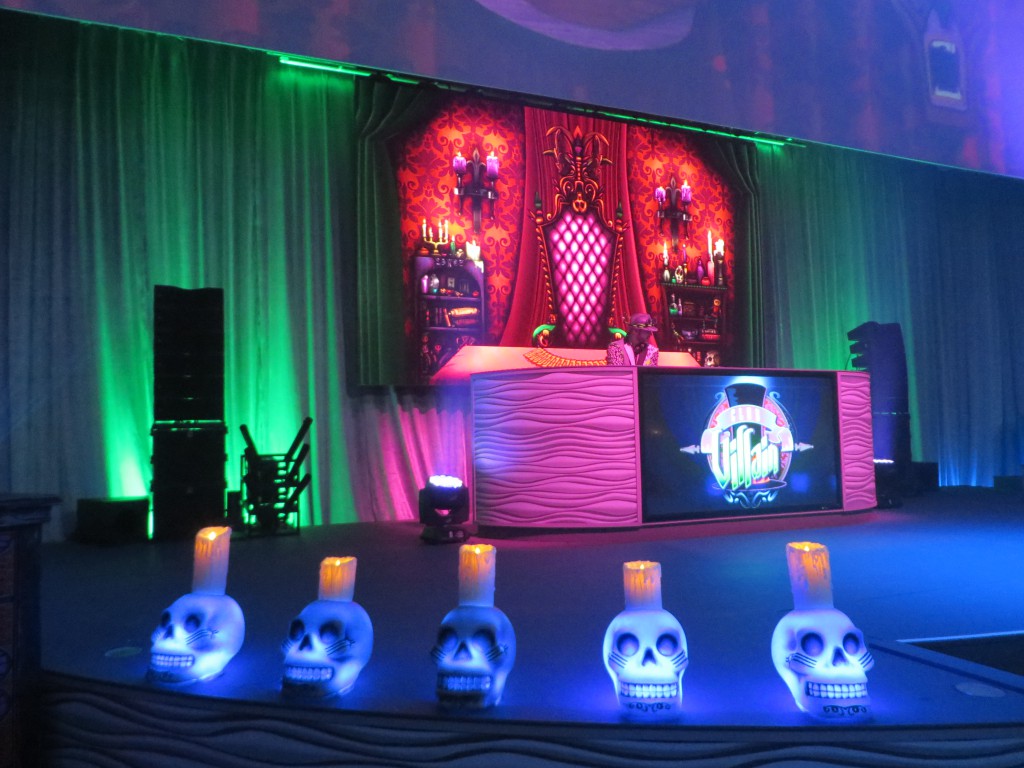 The food… oh the food! From the Voodoo Sticky Pig Wings, to the mouthwatering beef strip loan and the plethora of dessert options, I don’t think there was a time during the night when I didn’t have something to eat in one hand. Now if the food was all that was offered, I would have walked away happy. But add in the open bar with some evil themed drinks available all night long and I don’t think anyone was upset. Once we had time to enjoy the food and drink it was time for the entertainment (because what is a club without some of the best entertainment this side of the Underworld?). Club manager Kanzo along with his backup dancers we the stars of the four different entertainment sets with the villainous ladies and, of course, the Shadow Man — Dr. Facilier himself — getting in on the action.

Between performances, the ladies — including the Queen of Hearts showing her true face for the first time — took time to indulge guest with photos. 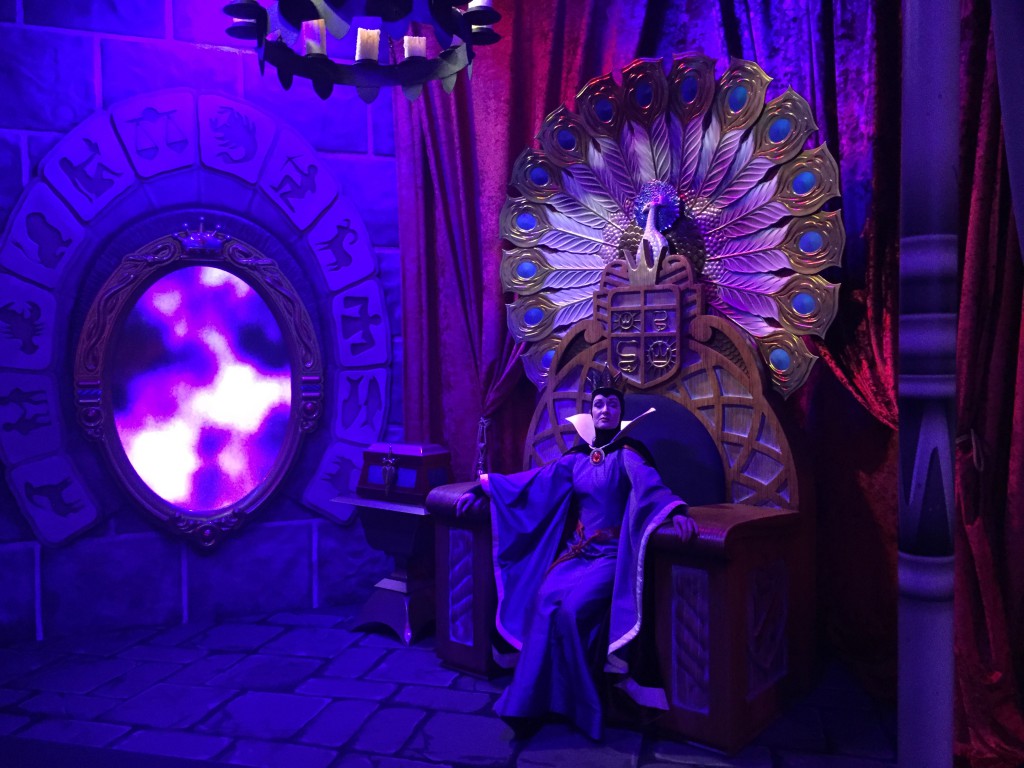 But, as the witching hour grew near, it was time to wrap up the evening with one final performance and a classic end to a stellar night!

Now to say this was one of the greatest ticketed events I have been to would be an understatement worth losing my head over! For $99.00 per person and with all the food, drink and world class entertainment is a deal. The only downside to this event is the fact that, as of now, all remaining nights are sold out. I did speak with one of the managers at Disney and he encouraged guests to call (407) 939-3463 and contact Disney to help ensure that this event is extended.

Here’s hopping we will see more of the Shadow Man and his Club Villain in the future!