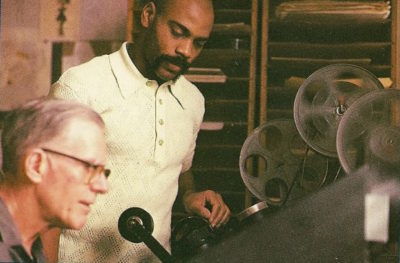 Who was the first African American Disney animator? Most Disney fans will answer “Floyd Norman” and until last week, I would have said the same thing. However, I am wrong (and you probably are, too). While Floyd Norman did work for Disney animation, he was never technically an animator and the title of first black animator at Disney truly belongs to Ron Husband.

There are many jobs in animation, but the title of “animator” is one that has to be earned. From the early days at Disney until the 1980’s, an artist had to produce 100 feet of animation to get a screen credit. And in terms of rank, most artists started as in-betweeners, then promoted to assistant animators and the lucky few became animators. Floyd Norman’s career diverted from the path of an animator while at Disney as his talents were most effectively used in the story department. 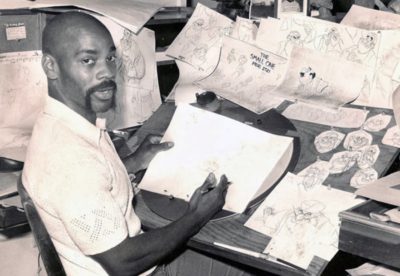 Ron Husband, on the other hand, found himself on the path to becoming an animator and unintentionally became Disney’s first African American one. Fresh out of college, Ron had a wife and two children and took a technical art job to provide for his family. With an unfilled thirst for creativity, he signed up for a night class lead by Sam McKim, who encouraged Ron to submit his portfolio to Disney Animation. Head of the training division at the time was Eric Larson, who saw promise in the loose sketches of an artist who hadn’t considered animation as a career prior.

Back in 1975, all trainees were given four weeks to prove their talent on an animation test. To Ron’s benefit, the judges took into account how much experience each candidate had in animation (in Ron Husband’s case, no prior experience). Among the group of trainees at the same time were Glen Keane, Tad Stones and Jerry Rees and rather than a cutthroat environment, the trainees all supported and encouraged one another even though only one-in-three typically lasted to a fifth week at the studio. 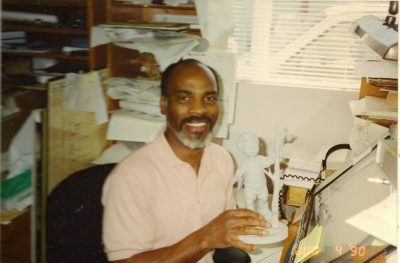 Ron’s first assignment outside of training was as an in-betweener reporting to Frank Thomas on The Rescuers, which was midway through production at the time. Working on nights and weekends, he earned a promotion to assistant animator on Pete’s Dragon. Shortly after being promoted to an animator on the short The Small One, Husband underwent surgery to remove a brain tumor that would temporarily slow him down.

By the time Ron was back to work full time, production was underway on The Fox and the Hound and he leant his talent to Copper and Chief. Ron was there to experience the climate change at Disney as the studio moved towards live action films for adults and away from animation, relocating the animators from the building Walt built just for them to a series of warehouses.

For much of his time at Disney in the 1980’s, Ron was repeatedly assigned crowd and multi-character scenes. Within animation, these are among the least desirable tasks. However, Ron was able to devote his free time to illustrations and became an ambassador for Disney animation, visiting schools to teach kids about the animation process and sparking a lifelong love of teaching and mentoring. He was able to break free of his crowd work on The Rescuers Down Under when he became a character animator for the first time on Cody. 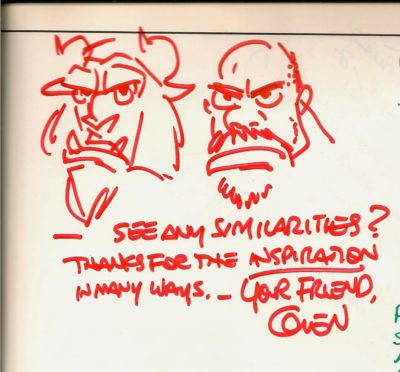 For Beauty and the Beast, Ron worked on the character unit for Gaston. But perhaps his most iconic moment in the film is the spoons diving into the punch bowl. Glen Keane provided Ron with a caricature of himself next to a drawing of Beast during production, citing Husband jokingly as the character’s inspiration. The caricature back-and-forth between Husband and Keane dates back to their first office at the studio in the mid-70’s, which they both shared fresh out of training.

After moving into the current Sorcerer Hat animation building, he became a lead animator on The Hunchback of Notre Dame for Esmerelda’s goat Djali. For his character research, he spent a morning at Disneyland in the now extinct Big Thunder Ranch area to study goat anatomy. After completing Hunchback, Ron was trained in computer animation for “The Dinosaur Project.” However, his desire to continue in the hand-drawn medium brought him back to help on the traditionally animated Hercules.

Ron got the opportunity to be lead animator on another character while wandering the halls of the Fantasia 2000 unit. The “Firebird Suite” sequence had leads for the Sprite and Firebird, but the Elk was still uncast. Using his Djali experience, he proved his talents and took over for that character. 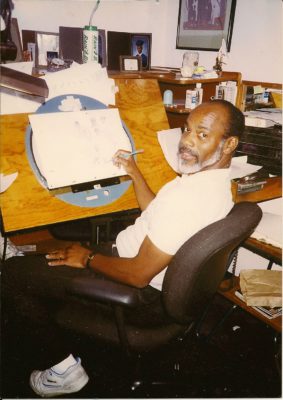 It’s not often that animators get to revisit characters from films they previously worked on, especially since Disney animation has not produced many sequels. But Ron found himself making additions to Beauty and the Beast with the musical sequence “Human Again,” as well as The Lion King with “The Morning Report” (he worked on Scar, Timon & Pumba in the original film). And in a rare occurrence for an animator, some unseen animation that likely would never seen the light of day resurfaced for the 10th anniversary of Pocahontas when “If I Never Knew You” was added back in (Ron was one of the animators of John Smith).

In 2001, Atlantis: The Lost Empire made history for featuring the first black character in a Disney film with Dr. Sweet. It seems only fitting that Ron Husband, the first African American animator at Disney, would lead this character’s journey to the screen. Ron Husband was responsible for the final design and was the lead animator on the six-foot-six doctor on the Ulysses voyage to the lost city. 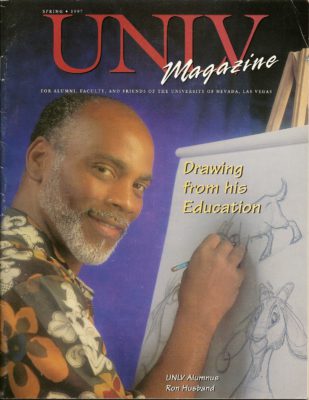 Like most traditional animators at Disney, Ron Husband found himself displaced in 2004 when the studio made the decision to abandon traditional hand-drawn animation, but it was not the end of his Disney career. Ron took several animation jobs, some outside of Disney, and worked for Disney Toon Studios on projects, including 3 months in Australia training a team of veteran animators. His passion for teaching continues to this day, and he will also be part of a panel discussion about diversity in animation this week at San Diego Comic-Con alongside Floyd Norman.

Ron Husband has recently retired, but before leaving Disney for good he spent several years as an artist for Disney Publishing. Walt Disney Feature Animation called Ron during this period to ask if he would be interested in returning to animation on The Princess and the Frog, but it would have meant giving up a steady job with no guarantee of work beyond that film (and there sadly hasn’t been a hand-drawn Disney film since 2011). However, fans can learn more about Ron Husband through his blog, which features some amazing pictures and scans of employee invitations and fliers from his time at the studio. More of his artwork can be seen in his book Quick Sketching with Ron Husband, as well as a recent Disney Press release, Steamboat School.