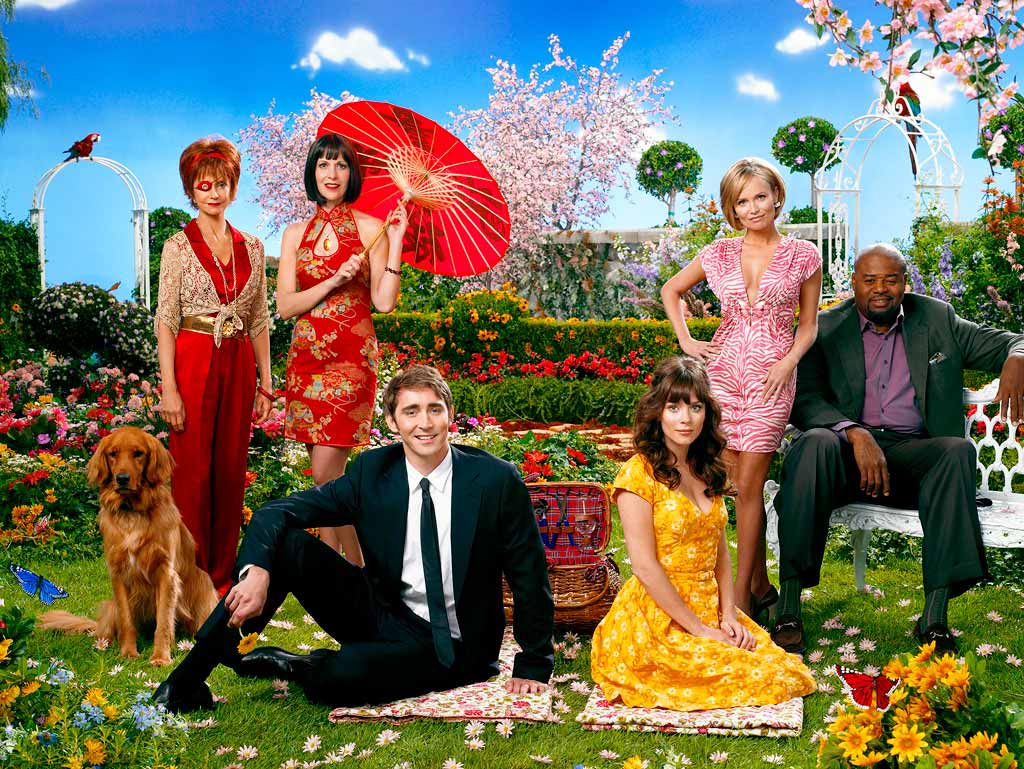 As an honorary resident of Stars Hollow (Kirk told me that, so maybe I shouldn’t trust it…), all the media attention towards Gilmore Girls: A Year in the Life has been exciting for me, especially since it helps drown out the Star Wars coverage I desperately want to get away from.

For those unaware, Gilmore Girls originally aired on The WB (and later, The CW) from 2000-2007 for seven seasons. The show was simple, compared to the craziness of Westworld and Game of Thrones nowadays. It followed Lorelai Gilmore and her daughter, Rory, as they live their lives in Stars Hollow, CT. It was delightful. It was funny. It was heartbreaking. It was fast. It was a cozy show that had a devoted following. The following grew, in recent years, as the entire series landed on Netflix.

The final season of the original run was criticized as the show’s creator, Amy Sherman-Palladino, was let go during contract disputes. Since the finale, she had made it known that she would have ended the series on a much different note and had known what the final four words of the series were going to be.

A mix of hype and devotion and nostalgia created the new 4-part mini series for Netflix called Gilmore Girls: A Year in the Life. Each episode was around an hour and a half and took place during a different season of the year. All together, the mini series has exploded and is all over social media and any entertainment publication with article after article discussing theories about the final four words, dissecting love interests, and finding every song from the show and making playlists.

With all of this in mind, it has reminded me of two Disney programs that had devoted fan bases, were cancelled, and have since become cult programs. Both have a huge critical following and have become much talked about since their cancellations.

Pushing Daisies is what most critics say is the biggest fatality of the 2008 Writer’s Strike. This technicolor marvel of a dramedy was about Ned, a man who owned a pie shop and a special gift. He has the power to bring things back to life with one touch. Of course, the consequences were just as powerful. If he touched them again, they would be dead for good. If they were alive for over 60 seconds, someone in the area must die in their place.

In the pilot, Ned joins a private investigator to go into morgues, bring the dead back to life, and figure out what actually happened to collect the cash. He was also joined, on occasion, by his pie shop worker Olive and his childhood girlfriend, who he brought back to life and can never touch again.

Oh yeah, the show is wacky, especially when you consider all of that backstory is paired with a magical and kooky procedural (something ABC is desperately lacking). The show was known for bizarre storylines and being adorkable, before FOX took the phrase and ran with it. The show has a huge fan base and there has been talk of a reboot, a comic book series and a broadway musical, as Olive was played by Kristin Chenoweth. Also realize that the show was cancelled, but Kristin still won an Emmy for Supporting Actress in a Comedy, which doesn’t happen often for cancelled shows.

Bryan Fuller, the brilliant mind behind the show, just left work on the new Star Trek series, so he is free. Get this man back to the world of Pushing Daisies! The entire show is available to watch on CW Seed, and it is imperative that you head over and binge the 22 episodes.

ABC is in desperate need for an original and engaging procedural, as every time they’ve tried, it’s ended up in cancellation. Forever, Notorious, Conviction, etc. They have not been hits. However, bringing back this as a limited series first, to test the waters, would thrill fans and would make so much sense for the network’s identity.

Possibly more important is Bunheads. As you all may know by now, I love Bunheads. The ABC Family one season wonder is another brilliant Amy Sherman-Palladino creation. Starring SUTTON FOSTER (*breathes deep to calm excitement*) and Kelly Bishop, it follows Sutton as she quickly marries and man and teaches at her mother-in-law’s ballet school.

It is the perfect show to watch after finishing Gilmore Girls, as they talk just as fast and all the conflict and humor of Stars Hollow is still present, just in Paradise, CA. The show was adored by critics, but the show still was cancelled after 18 episodes. The entire show is available to view, FOR FREE, on Freeform’s website, and I urge you to check it out.

The flow of the internet and critics and public thoughts is that Bunheads is in need of a revival next, whether it be on Freeform (PLEASE) or Netflix (PLEASE). Amy has also said that she’d love to return to Paradise, and I agree. The original run ended with a huge cliffhanger and a gorgeous dance to a song by Amy’s musical muse, Sam Phillips, and it exquisitely explains the show’s tone.

So, I say to Disney, notice these, pick these, LOVE THESE.