Jakks Pacific has one of the biggest Disney licenses of the exhibitors at Toy Fair, which makes a trip to their booth extra magical year after year. They currently have contracts for some of Disney’s top brands, including the new live action version of Beauty and the Beast, Star Wars, Tsum Tsum, Moana, Elena of Avalor, Palace Pets, Tangled: The Animated Series and the Disney Princess franchise. Here’s a peek at the new and upcoming products that were on display, separated by brand.

While the squishy and cuddly plush Tsum Tsums are exclusive to Disney and other licensees, Jakks Pacific produces the line of plastic collectables, which are available in multi-packs and blind-bag options. But first, I want to talk about the new play sets that are coming in the near future because these add a whole new element of fun and creativity to the line. 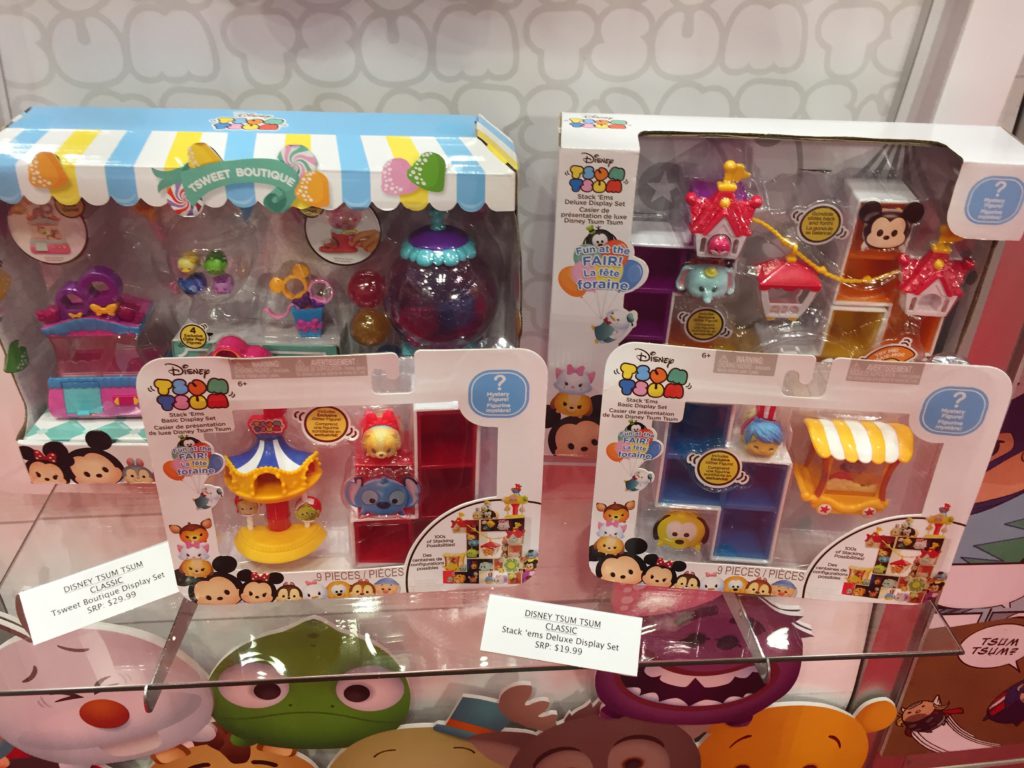 The Tsum Tsum Tsweet Boutique is a fun way to display and play with your collection. It comes with 4 Color Pop figures, where each character features different shades of the same color, and has a working gumball machine for Tsum Tsums and a claw game that interacts with these figures. The Stack ’ems Deluxe Display Sets feature a theme called “Fun at the Fair!” which allows you to display your collection in a Disneyland-esque way. Another new concept is called Tsum Tsum Story Packs, where all of the items are from a specific film or franchise and allow you to create relevant displays. This awesome Aladdin collection was on display at Toy Fair and my favorite piece is the removable Goofy hat for Genie. Two other sets have been announced as well, based on Lilo & Stitch and Alice in Wonderland. I personally hope this line continues, as it offers easy access to fans of specific films to get a really attractive Tsum Tsum display. Multi-packs will continue in 2017 as well. Series 5 features “Pastel Parade!” and there will also be a mystery pack with this same theme, a limited release for the Spring season with a rare golden Winnie the Pooh figure. These make great Easter gifts and top of my list is the Peter Pan set that was on display.  For Series 6, there will be a line of glittery figures, called “Tsparkle Tsurprise.” But kids will be extra excited for Series 7, because it offers opportunities to get even more figures. Inside the present box, you are guaranteed at least 1 mystery figure, but there could be as many as 3 inside! 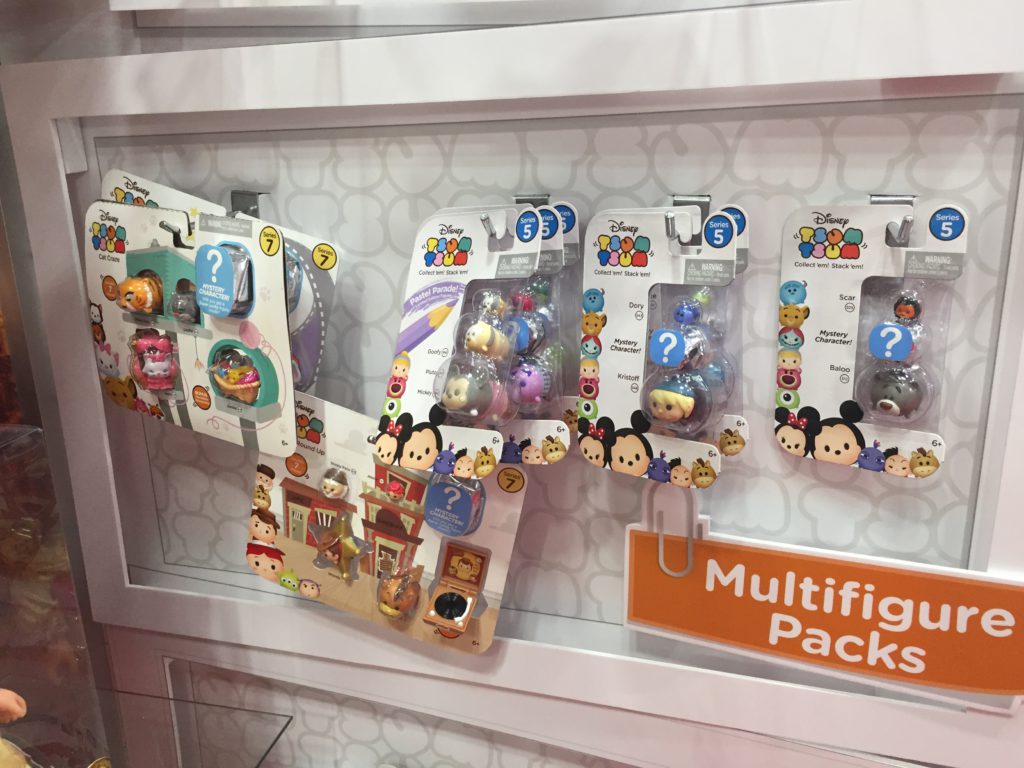 The 7-figure packs will also continue this year with themed sets. Wave 7 offers Cat Craze and a Woody’s Roundup collection and Wave 8 will continue this trend with sets themed to The Lion King, The Little Mermaid, and Disney Villains. Last year at Toy Fair, Jakks Pacific debuted their new Marvel Tsum Tsum line and the Mickey Mouse carrying case. This year, the Marvel line expands with its own Spider-Man Stack ‘n Display Set and the new Comic Box Display Set, that allows you to display your collection as if they are on the page of a Marvel Comic. The display set won’t debut until this Fall, but the Spider-Man case is hitting shelves right now. 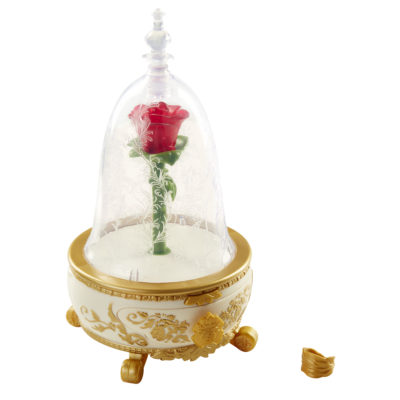 Disney’s live-action Beauty and the Beast is shaping up to be one of the biggest movies of 2017 and I expect that much of the merchandise will become hard to find. In fact, one of Jakks Pacific’s products, the Enchanted Rose Jewelry Box, is already becoming elusive and the film hasn’t hit theaters yet. The rose inside opens, closes, and lights up as the theme from the film plays. 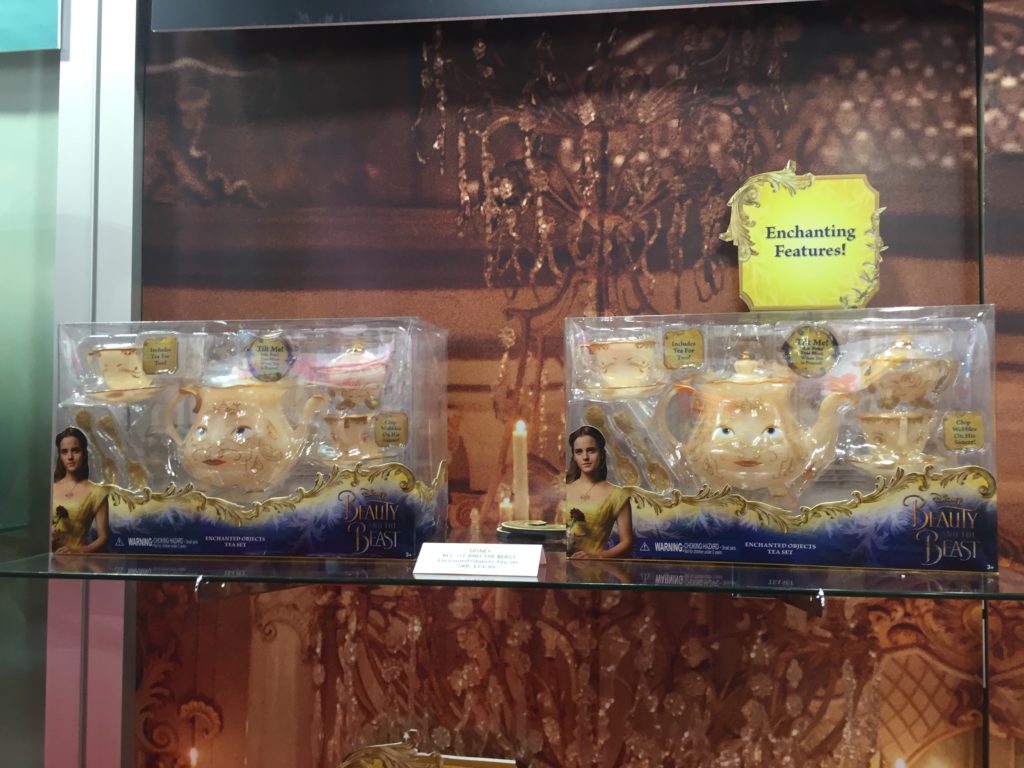 Kids can also have an imaginary tea party with the Enchanted Tea Play Set, featuring Mrs. Potts and Chip. While Hasbro has the license for Beauty and the Beast 12-inch dolls, Jakks Pacific has the freedom to make larger scale dolls. Ballroom Belle is out now in advance of the film. Belle in her pink dress will be available later this year and Village Belle will be available in the Fall, just in time for Christmas. Baby Belle is another cute product from Jakks Pacific and comes with a rose-shaped baby rattle. Having some advance knowledge of the film, Belle’s early childhood is actually a relevant plot point so kids will likely connect with Baby Belle more than they would for other Disney characters. The figurine set next to Baby Belle allows kids to reenact the ballroom sequence at home and features a few of the enchanted objects. 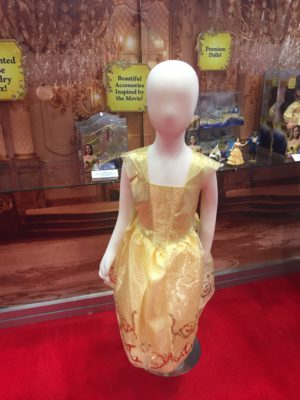 In addition to toys, Jakks Pacific covers dress-up products based on Disney characters. Belle’s Ball Gown is inspired by the new live-action film and is designed for your child’s everyday dress-up needs. There is also a Dress Up Accessory Set, which comes with hair combs, clip-on earrings, and Belle’s “Tree of Life” pendant necklace.

Continue to the next page for Moana, Elena of Avalor, Palace Pets, Frozen, Tangled: The Series and Star Wars.