Last Friday two favorites from Disney California Adventure hit the court to see who would advance to Round Two. Although Aladdin: A Musical Spectacular tried its best to keep one step ahead, the Twilight Zone Tower of Terror’s departure was just too fresh a wound for fans to ignore.

Speaking of “Spect”-aculars, today’s face-off brings us to the east coast — more specifically, Magic Kingdom. First up is the beloved nighttime parade SpectroMagic, which came to a sad end when the Main Street Electrical Parade took over for longer than expected. The parade will take on the classic ride 20,000 Leagues Under the Sea, which had its last voyage in 1994.

So will SpectroMagic be able to sink 20k, or will the submarine voyage leave the parade out to rot? Vote now: 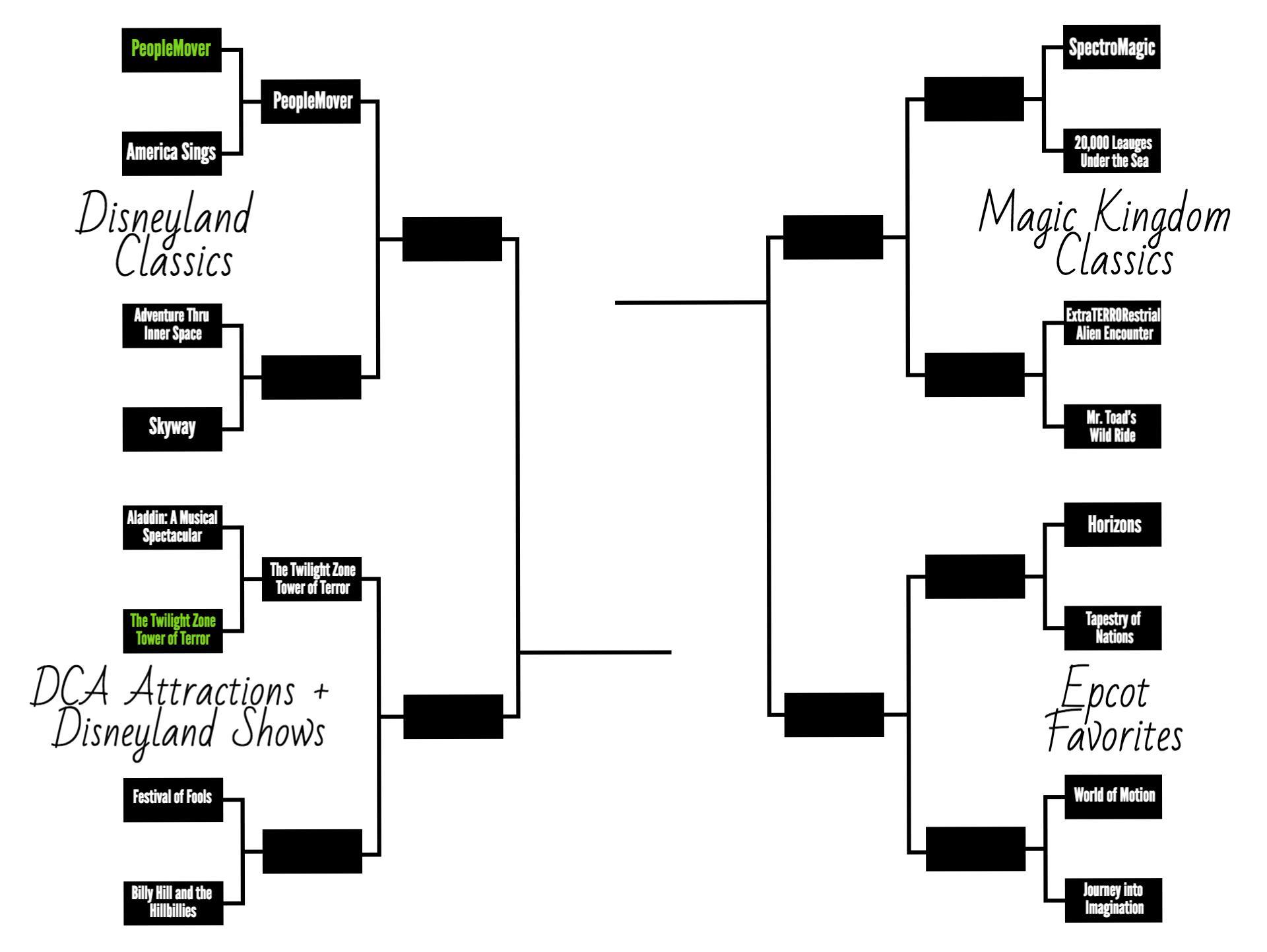