Yesterday, two departed Magic Kingdom attractions competed in what was our closest vote yet. But, in the end, only one competitor can parade into the next round… and that will be SpectroMagic.

Staying on the east coast, today’s match-up moves us to Epcot. Here we find Horizons — perhaps one of the most talked about extinct Disney attractions — on one side, facing off against the beloved Epcot parade Tapestry of Nations.

Can Horizons eclipse its competition or will Tapestry of Nations march onto the next round? Vote now:

Yesterday SpectroMagic earned its spot in the next #MouseMadness round, but today we're heading to Epcot. Vote now: https://t.co/Bt0vDAtbuy 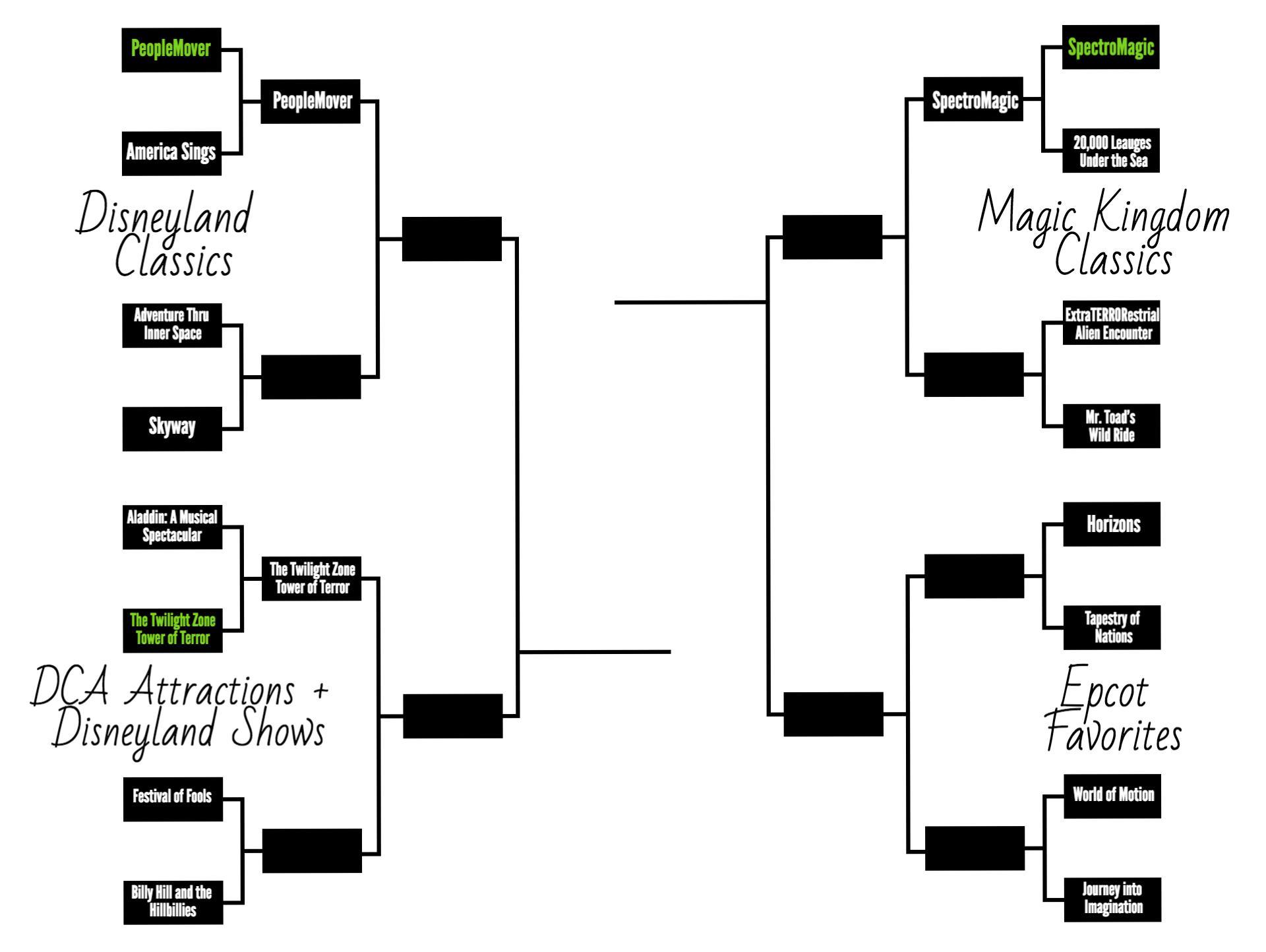