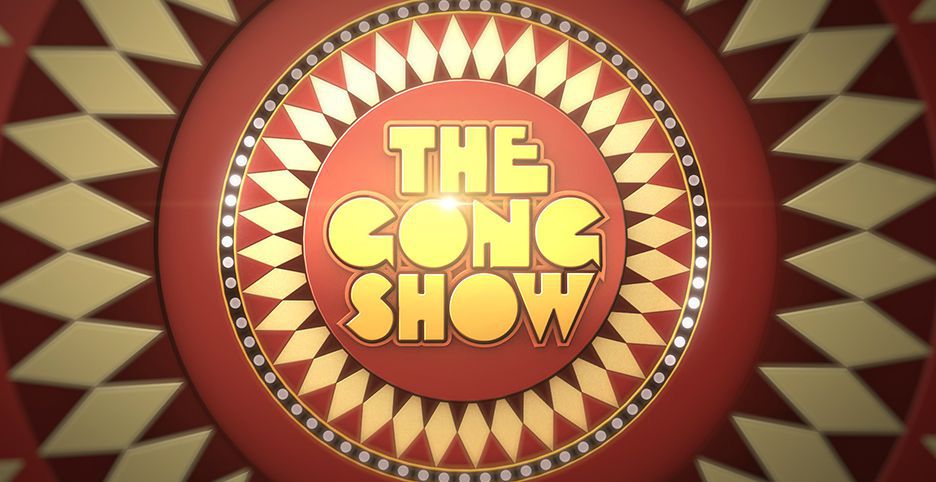 ABC is truly making their summer one filled with fun & games, as they’ve doubled down with game shows this summer. The newest is a reboot of the classically absurd The Gong Show. If you are unfamiliar, it was America’s Got Talent before America’s Got Talent. Three celebrity judges watch various “acts.” If the judges hate it, they get gonged. If they like it, they then give them a score out of ten. The highest point-getter of the episode gets an over-sized check (the episode I was given had it written out for $2000.17) and a trophy.

“Acts” is in quotes because most of them aren’t…um…good. They are bizarre and crazy and cringe-inducing and horrific and questionable and confusing. But, that’s the point. A professional opera singer shouldn’t win this show. Someone who can cut a block of cheese with his feet to look like Sojourner Truth should win this.

Now, that makes me not the go-to person like this, as I hate this type of humor. I hate to cringe, and I cringed at 85% of the acts. In that sense of the show, it’s a rough watch. Yet, there are oodles of bright spots.

The judges that were featured in the episode to view (and based on the clips of upcoming judges) are all comedians. Their critiques are funny and their chemistry is through the roof. There is no awkwardness at all.

The host, Tommy Maitland, is a pleasant surprise. If you’ve seen articles, Tommy Maitland is actually a character. Mike Myers is in full prosthetics and dons a British accent to play “renowned British comedy legend, Tommy Maitland.” Nowhere in the show is there any hint or wink to show that it is actually Mike, which is surprising. They are going 100% with the joke and it really works. Tommy dances around the stage and jokes around with the judges and contestants effortlessly. It’s a weird choice they made, but my god, it works so well.

Also, because I have always been “that guy,” the set is gorgeous. It sticks with the orange and yellow hues from the original run, but sticks to that 70s sensibility in the styling. They took the route that Match Game succeeded with by giving us the classic look and only freshening up things here and there. Also, while on Match Game, I’m still angry it won’t be on the summer schedule and hasn’t been renewed for a 3rd season and I will mention this in every summer review.

If you like crazy performers and don’t mind cringe comedy, I say watch The Gong Show as much your little heart desires. However, even if that type of comedy isn’t your cup of tea, I say still give it a shot for the judges and the amazing Tommy Maitland. Get to gonging!