Why Ratatouille in France is a Great Idea 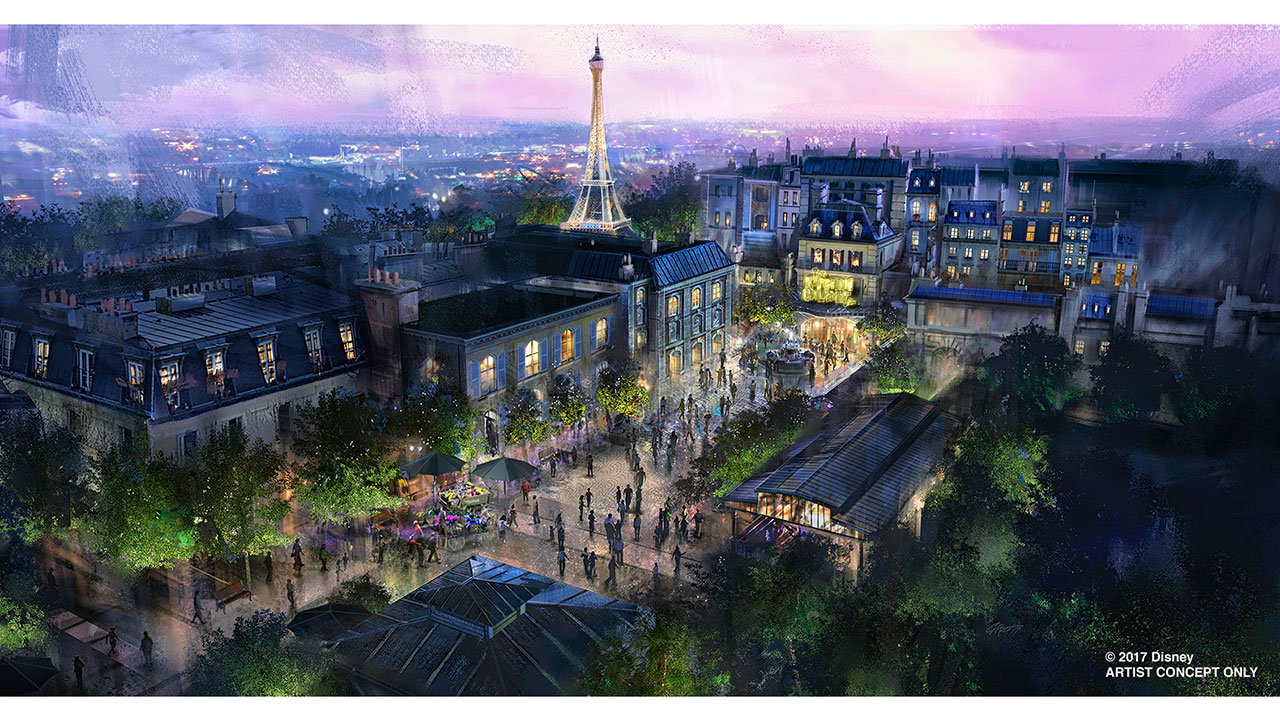 Every two years Disney fans get set for the D23 Convention in hopes of being inspired by the upcoming movies and news that will impact their lives. With the oohs and ahhs of the live action and animated movie panels, and the deep dives into the history of and reflecting on the legacy of Disney properties like The Golden Girls this year, many Disney fans on the convention floor in Anaheim and those following on the web had a lot to be excited for.

Disney fans also hold their breath for the Parks and Resorts Panel. They hope against hope that something new and magical will come out of the event – maybe new theme park that is on the cusp of breaking ground, or an addition to an existing property that will open up new worlds, much like Pandora has done in Animal Kingdom.

While the internet and Twitter are erupting over the closing of Universe of Energy and The Great Movie Ride, I want to talk about the most exciting news to me (besides Star Wars: Galaxy’s Edge, which we already knew about, of course). Ratatouille is coming to Epcot! Yes, I am over the moon thrilled to find out that Remy and his pals from the Pixar film are going to have a steady attraction in World Showcase.

Some may look at the inclusion of another Pixar character into World Showcase as the dilution of the World’s Fair atmosphere. Initially, I thought the charming little film “Impressions de France” was a goner. This movie is always good for a nice relaxing break as you make your way around World Showcase Lagoon. There’s never a line, and the trip through France from Normandy to Marseille via film is always enjoyable. But we aren’t losing this film. Instead, a brand new area of the France pavilion will be created behind where the Eiffel Tower is situated which will accommodate the new Ratatouille attraction.

So, with the first argument that we’re losing something original is now debunked, the next knock is that an animated rat and his cooking friends have no place polluting the existing area. To that I say Ratatouille is a brilliant film about the joy of cooking, how anyone can cook if given the chance, and the power that good food has over the people’s souls (perosnally, the final scene of food critic Anton Ego savoring the ratatouille dish that Remy prepares for him brings an explosion of emotions in him which brings him back to a fond childhood memory of his mother’s cooking). For this and many other reasons, the Pixar classic of 2007 — an Academy Award winner for best Animated Feature — and directed by Brad Bird is a perfect film to adapt to the parks.

This particular ride already has a place in Walt Disney Studios in Disneyland Paris. The attraction that is forthcoming has guests “shrinking” down to the size of a rat like Remy and taking part in a chase across the kitchen of the world famous restaurant Gusteau’s. It also utilize a trackless ride system, which many fans have raved out in attractions like Pooh’s Hunny Hunt in Tokyo Disneyland and Mystic Manor at Hong Kong Disneyland. Now, some might still think, “look what happened to Norway with Frozen” — an amazing adventure that was Maelstrom was taken away and replaced with the blockbuster movie of the moment. What was an exciting narrative of the history of the country of Norway was switched out for another princess adventure in the fictional land of Arendelle. (I have yet to enjoy Frozen Ever After, but hopefully soon.) But addition of Ratatouille to World Showcase in Epcot is an entirely different situation. The France pavilion highlights the many aspects of French cooking and the theme of food is everywhere. What better way to extend the enjoyment of an area than complementing it with an intellectual property that works so well? To anyone who has seen the movie they will no doubt appreciate and enjoy this exciting addition.

My biggest hope is that the attraction is not just a carbon copy from the Walt Disney Studios attraction in Disneyland Paris. I would love to see a uniquely Florida only version of this attraction, much like Tower of Terror in Florida is a distinct version of all the Tower of Terror attractions. While that it’s probably naive to think Disney will venture too far from the original (aside from a change in primary language), perhaps we will get a few upgrades from the French version in the end.

Additionally, I hope a full-scale version of Gusteau’s restaurant from the movie is built in the France pavilion. And maybe a character meet and greet with Remy… Is that really so much to ask?