I have heard nightmarish stories about poorly organized stores at pop culture conventions, and I thought to myself as I walked up to the Hasbro store at Fan Expo, “this doesn’t look so bad.” I was mostly going into the store on the main convention floor because it had a lot of new Star Wars toys since it was Force Friday II. Plus, I hadn’t gone in the previous year and I wanted to see what the atmosphere would be like. I joined the line thinking to myself, a line to get into a store, “why was I doing this?” 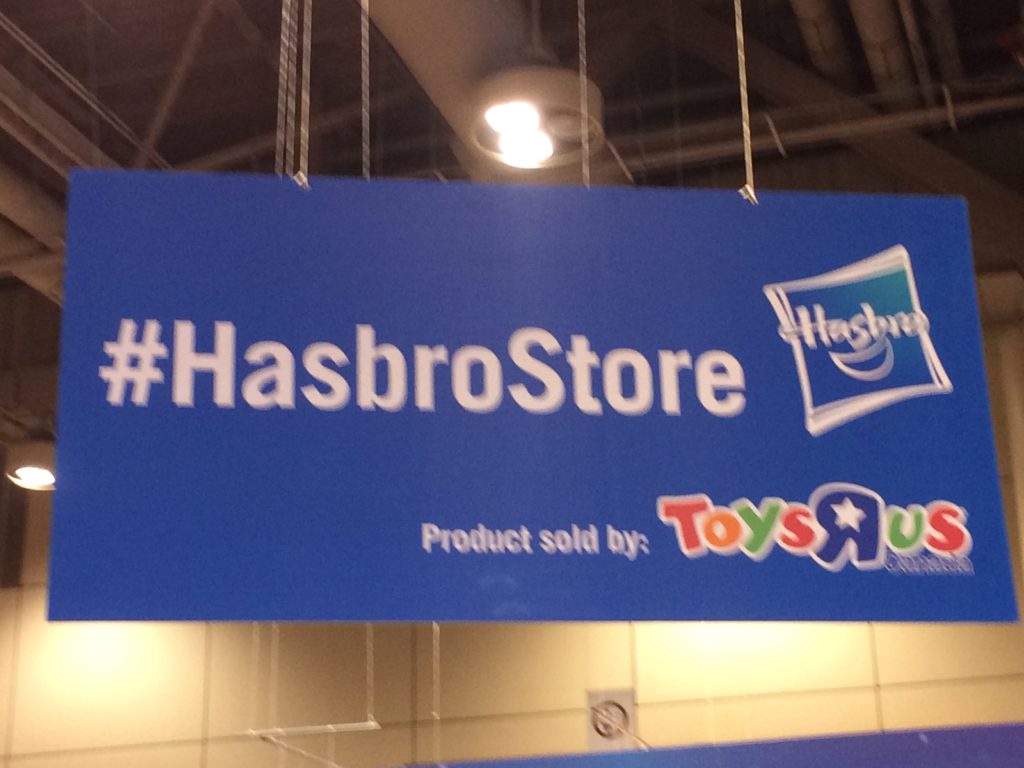 The good news is that the line didn’t last long. As I walked up the queue I was inundated with Star Wars images from the forthcoming The Last Jedi. It seemed like only a couple of minutes when I was at the head of the line, and there was a photo spot for me to hold a lightsaber with a Last Jedi poster in the background. Well the line was quick, and I got a cool photo, this store wasn’t so bad after all.

I turned the corner to enter the store and what do I see, more Star Wars and Marvel posters hanging from the ceiling. The first 10 feet of shelving was all devoted to new Star Wars toys from the upcoming The Last Jedi. They had exclusive black series figures with Luke, Rey, and even a really cool one of Grand Admiral Thrawn.

Once you make your way past Star Wars you are swarmed by Marvel, and the characters from the upcoming Thor: Ragnarok. From the Marvel Legends line of toys was the long-haired muscle-bound Thor, and there was even a Mjolnir (Thor’s hammer), which lit up and had numerous sound effects for you to enjoy according to the box. It seemed like everywhere I looked I saw characters from upcoming Disney films wanting me to buy them.

I was impressed with how quickly I was able to process through the line, and as I walked out, there was only a handful of people purchasing items. In total, I spent ten minutes by the time I got in line and then exited the store.

It’s incredible how much Hasbro is inundated with Disney toys. On my journey through the store, I saw in all manner and size items that connect with two very large properties of the Walt Disney Company. They should have called it the Disney Store, not Hasbro. Yes, I did see some Transformers toys, but they were not as prominent as the Disney items.

My visit at the store was shortly after the convention opened on Friday. Though I could make it through with ease and not spend any money, I didn’t sit and watch the store throughout the day, so I can’t speak to the traffic for the rest of the day. I would recommend that if you plan to visit the Hasbro store or any other store at Fan Expo, get their early and then move on.

Congrats to Hasbro for running an efficient store during a major convention. You kept your inventory to a minimum of what was most popular, and you have courteous staff that was always around to help. I just wish I bought a Mjolnir.