What are some of your most treasured holiday traditions? Christmas trees, halls decked with lights and garland, or fresh-baked gingerbread cookies? Of course, everything is better when shared with your favorite Disney characters! You’ll find all of these – and so much more – at Aulani during the holidays.

Aulani – a Disney resort on the sunny southwest coast of Oahu – has been welcoming guests since August 29th, 2011. The resort presents a delightful marriage of Disney magic and Hawaiian aloha. And it is all the more enchanting during the holiday season.

From the beginning, Aulani was designed with guidance from Hawaiian elders to accurately represent the native culture. The Hawaiian word ‘Aulani’ translates to ‘messenger of a chief.’ Talented local artists were commissioned to tell the story of the Hawaiian Islands, and record music for this distinctive resort. 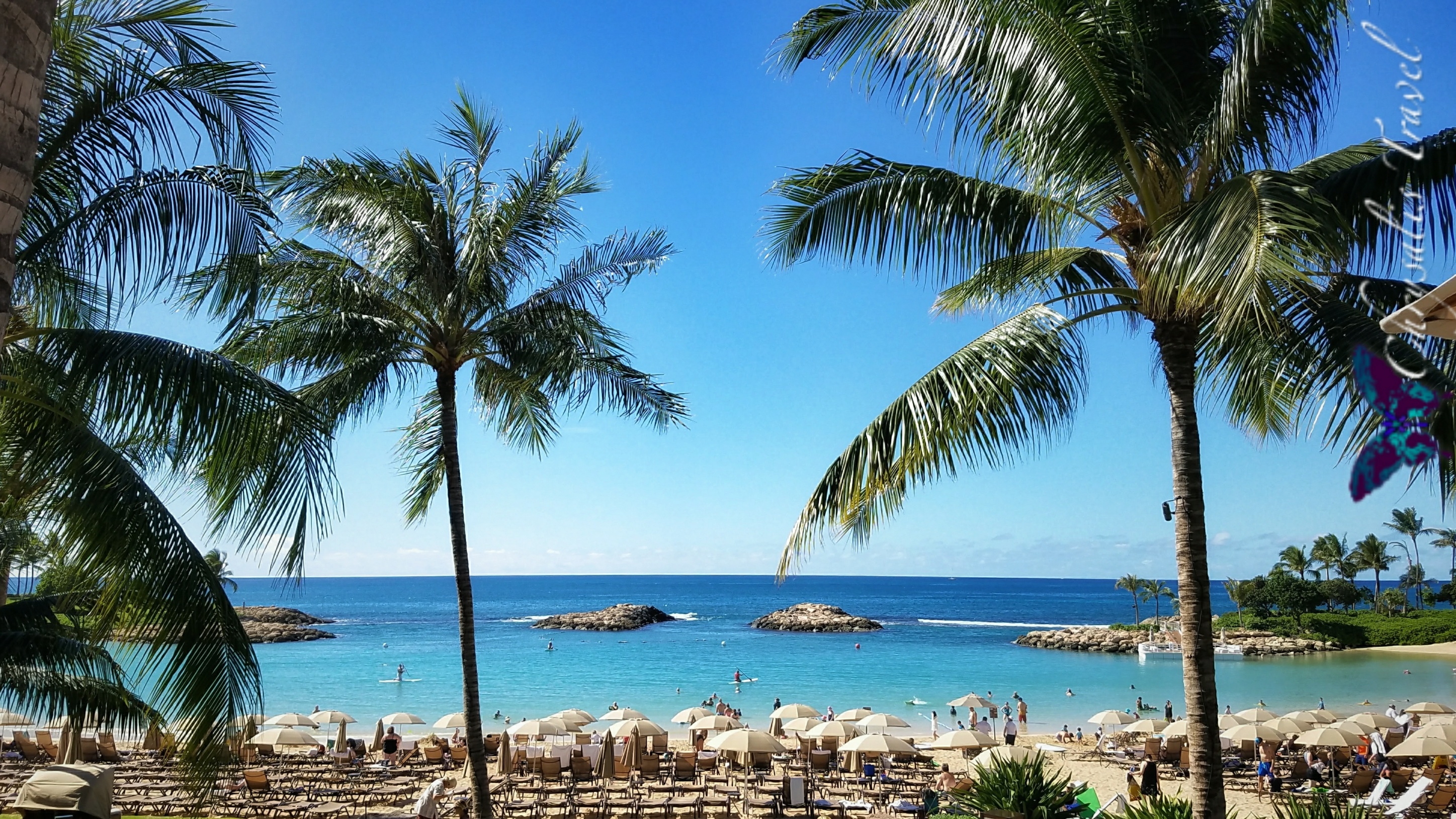 Native Hawaiian-speaking Cast Members serve as cultural ambassadors and create an authentic island experience. And true to Disney heritage, you’ll find something for everyone in the family.

Ready to escape the snow and cold? Aulani is a great destination to celebrate the holidays! Enjoy tropical weather (an average 73o F) without sacrificing any of your favorite Disney holiday traditions. Dive right into the Christmas spirit with festive decorations in the lobby entrance. 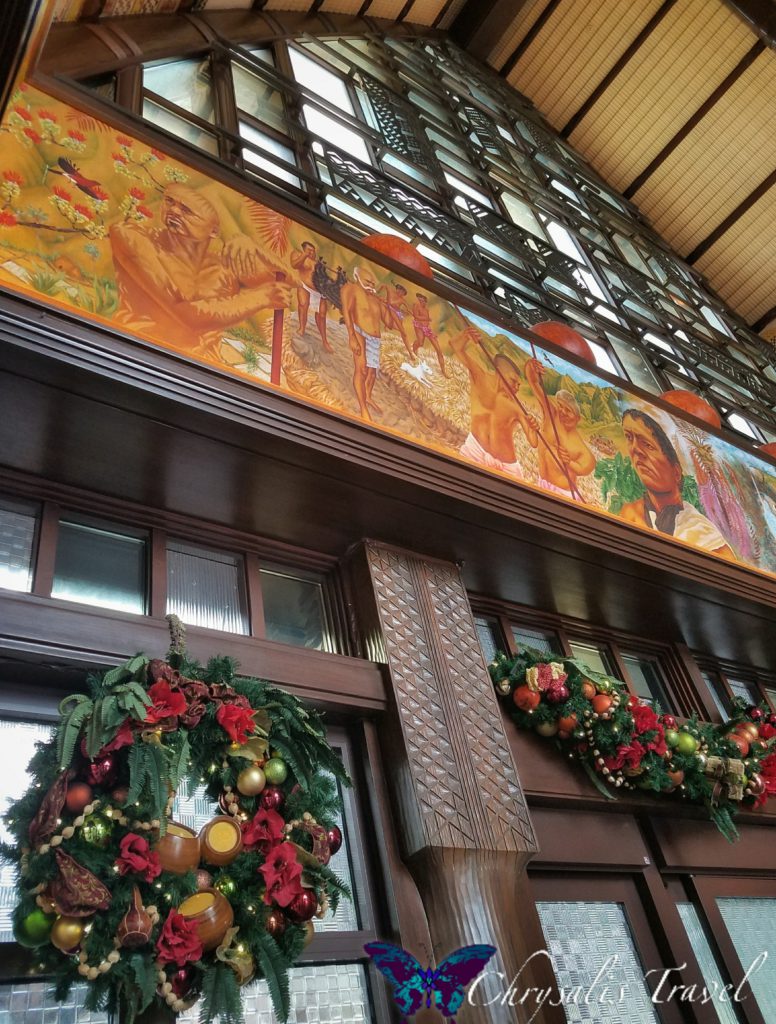 Walking through the open-air lobby, look out over the lazy river and volcano below.

Have fun searching for gingerbread houses sprinkled throughout the resort. Who loves Christmas cookies? It’s an annual tradition at Aulani. You can bake your own in a fully-equipped kitchen at Aulani’s Disney Vacation Club Villas (one-bedroom and larger). Or, enjoy complimentary sugar and gingerbread cookies with a cup of hot cocoa on Christmas eve in the lobby.

For the artistically inclined: sign up to paint your own holiday Mickey or Minnie animation cel! Of course, it wouldn’t quite be Disney without our favorite characters at Aulani resort. Here, you’ll find them dressed in their relaxed holiday vacation outfits, ready for some R and R.

Enjoy meet and greet opportunities throughout the day (complete with PhotoPass photographers to capture the moment)! Or dine at the character breakfast and dinner at Makahiki buffet.

Mickey and Minnie enjoy some holiday fun with Pluto.

Shellie Mae and Duffy pose for photos, especially delighting guests from Japan. (At Tokyo Disney Resort, lines for Duffy and Shellie Mae can be over an hour long. At Aulani: it’s perhaps a 10 to 15-minute wait).

Meet Moana, and enjoy story time with Uncle and Moana at the oceanside fire-pit. 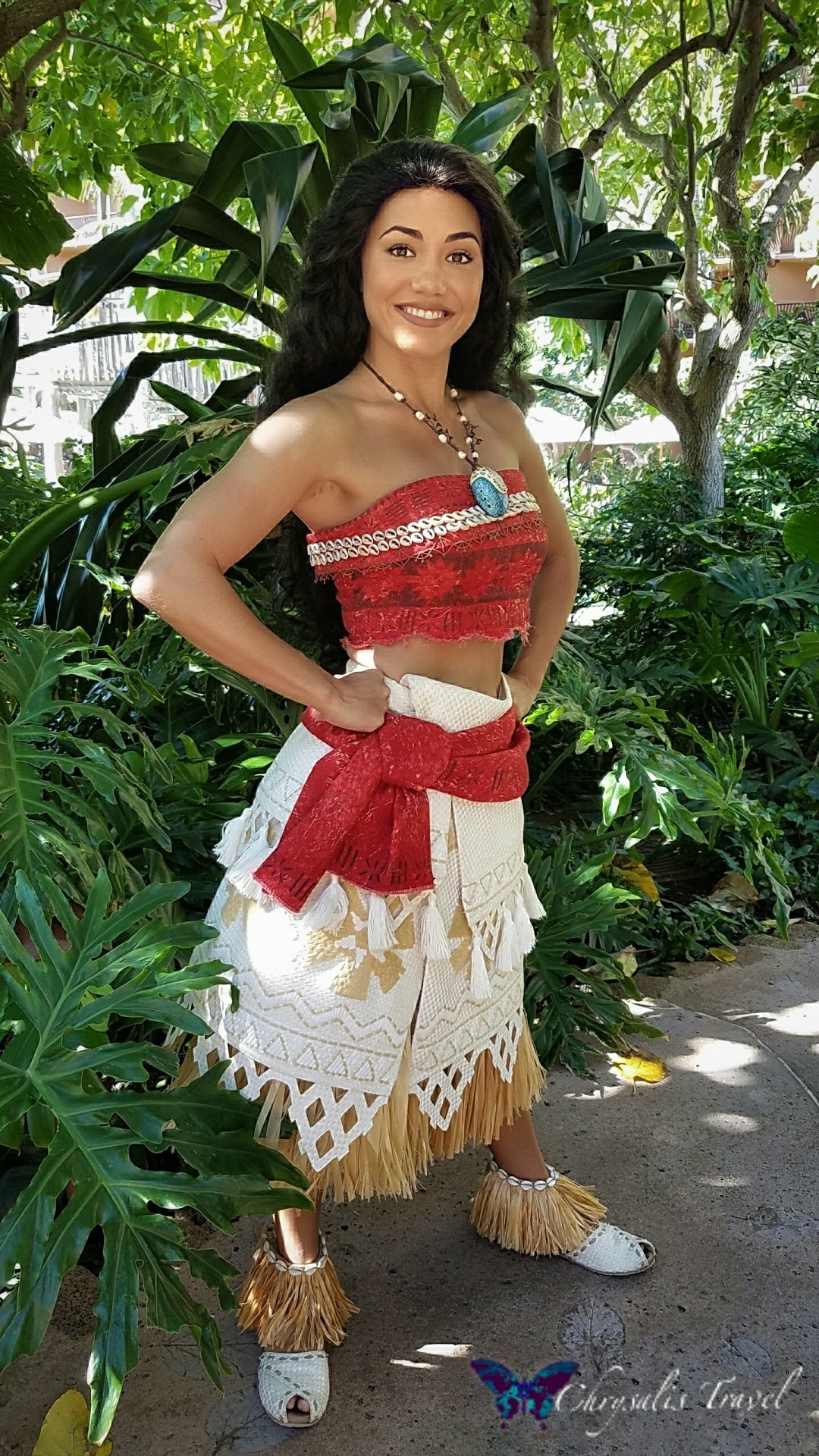 Create memories with Chip and Dale, Donald, Goofy, and Stitch as well.

A Tour Through the Aulani Resort

Enjoy drinks at ‘Olelo bar (meaning ‘language’), where you can brush up on your Hawaiian vocabulary and enjoy live local musicians every evening. Dine on sumptuous offerings at oceanview ‘Ama‘Ama, or indulge at the Makahiki character buffet (Makahiki is a season of peace and harvest in the Hawaiian culture). Jetting down a water slide through the volcano, we hear squeals of joy – or is it fear? Families drift on rafts around the meandering lazy river. From quiet pool to infinity pool with ocean views – Aulani has it all. Did we mention Laniwai, the full-service Spa? (There’s also a spa just for teens). Want to sail in a canoe? Reserve your seat for a one-hour voyage around the Ko Olina coastline. There’s also a Luau at Aulani (and one next door: at Paradise Cove Luau). Play a round of golf at Ko Olina Golf Club (and see the new Mickey sand trap)! Enjoy photography lessons, and portrait sessions. All the ingredients for a perfectly memorable holiday.

Need to do some last-minute holiday shopping? Aulani is a great place for Disney exclusives. Everyone loves Mickey Santa hats. Here, you can find ‘Mele Kalikimaka’ embroidered ones. Duffy and Shellie Mae have long been residents at Aulani. This year, Gelatoni (their cat friend) has joined them in Kalepa’s merchandise store.

Need to add extra sparkle to your life? Here are some Aulani-exclusive jewelry pieces, including Pandora charms that are Hawaii-exclusive.

There’s so much of Hawaii to explore beyond Aulani. See the giant Shaka Santa and Mrs. Claus with the famous Honolulu City Lights downtown. (Make sure you look inside Honolulu Hale for a creative festival of holiday trees!)

Pay respects at the Arizona Memorial in Pearl Harbor (officially known as the World War II Valor in the Pacific National Monument). Catch some surfing action on the North Shore. Here is Kelly Slater from the 2016 Pipeline Masters. 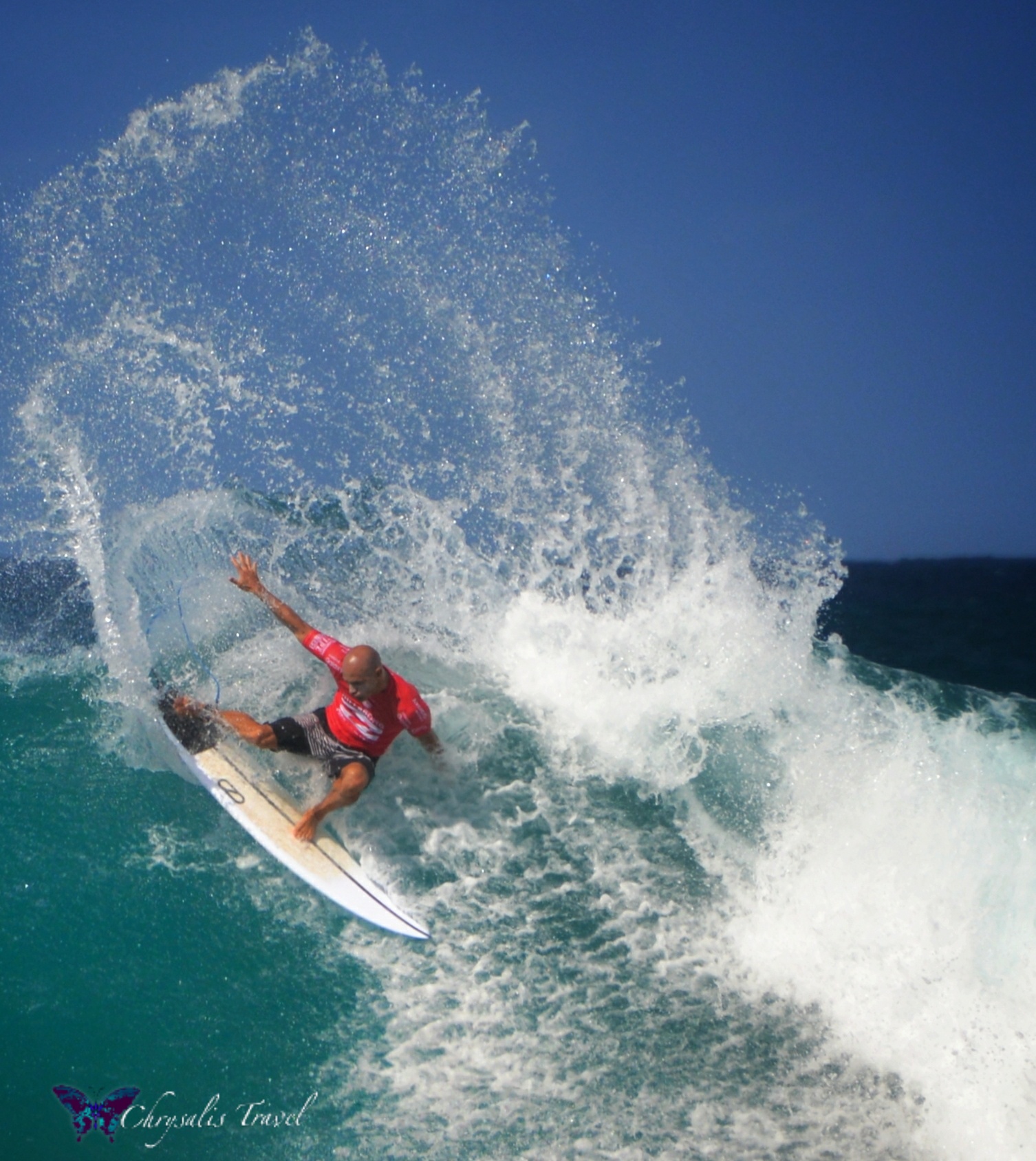 Whatever you choose to do, Aulani welcomes you with Aloha. Mele Kalikimaka!