As Agents of SHIELD Celebrates 100th Episode; Future of Marvel on ABC in Doubt 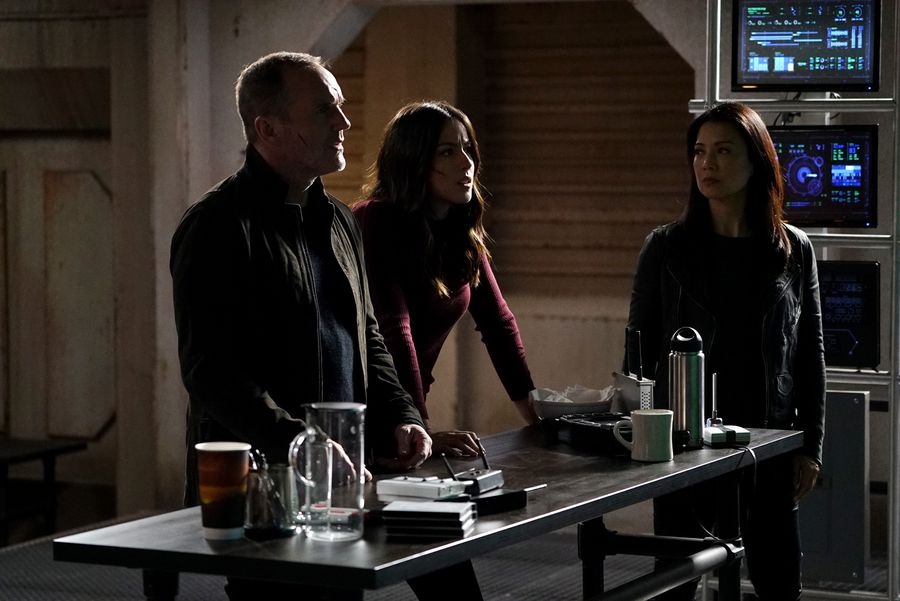 With the Winter Olympics concluded, Marvel’s Agents of S.H.I.E.L.D. will resume its march to their 100th episode on Friday. According to ABC, the episode will feature Coulson and team setting out to rewrite the course of humanity’s fate, but unaware that their efforts will dramatically change one S.H.I.E.L.D agent’s life. The episode will feature two prominent guest stars with Disney Channel star Dove Cameron as Ruby and Soarin’ legend Patrick Warburton as General Stone.

But the 100th episode will air the following Friday, March 9 when Coulson reveals the deal he made with Ghost Rider last season. While ABC hasn’t confirmed this, EW is reporting that Hive and Lash are also set to return.

The cast and crew gathered in Hollywood to celebrate the upcoming landmark episode. But while the festivities took place, the show remains “on the bubble” for renewal. With no Marvel series in development for ABC next season, the future of Marvel on ABC is in peril. After two short-lived series (Agent Carter, Inhumans), a pilot that wasn’t picked up (Marvel’s Most Wanted), and other efforts stuck in development, ABC has struggled to find a way to integrate the franchise into the schedule. 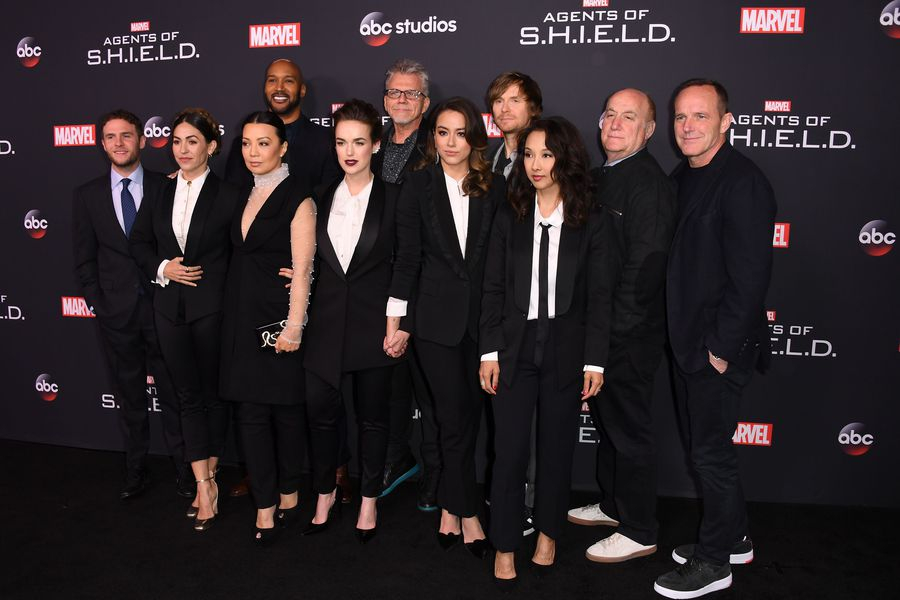 While shows have found success on Netflix and Hulu, and Cloak & Dagger in production for Freeform, there will be no shortage of Marvel Television. This doesn’t even mention the series in development for Disney’s streaming service. But ABC has not been able to replicate other’s success with comic book inspired series, having relegated their flagship Marvel property to TV’s hospice of Friday night. It should be noted that the other long-time ABC show that has moved to Friday, Once Upon a Time, was recently cancelled.

It is hard to tell if Marvel’s Agents of S.H.I.E.L.D. will return. In many ways, this years jump-forward seemed like a way to go out with a bang and wrap up some lingering threads. But this is a show that has constantly reinvented itself, so perhaps the creators have yet-another exciting new direction to take the series. Of course, all of that is contingent on ABC wanting to give the series another chance. There were reports that ABC had wanted to cancel the series after last season, but high-level executives at Disney overrode that decision. With lower ratings on a lower viewed night, will the shows guardians angels pull-off a similar feat?

In the end, fans should look for an exciting 100th episode and fun run for the rest of the season. Thanks to the fifth season’s late start and the Winter Olympics, fans should look forward to a weekly run of new episodes for the rest of the season. The future of Marvel Television on ABC after that? Unfortunately, Coulson and team didn’t research that while they were stuck in the future, so we will just have to wait and find out.