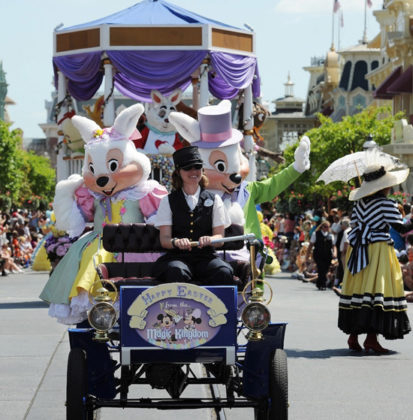 ESPN’s new morning show Get Up debuts today. The show features Michelle Beadle, Mike Greenberg, and Jalen Rose and airs from 7 to 10 ET. It is the first major launch on ESPN since Jimmy Pitaro took over as ESPN’s new head. There is a lot of money riding on this show. Will it be able to succeed where Cold Pizza failed?

Tales from Adventureland: The Golden Paw is released by Disney Publishing. Andy Stanley has been named Keymaster of the mysterious Jungle Explorers’ Society, but is he up to the challenge? He’s about to find out, as he sets off on a journey to recover the legendary Golden Paw, an artifact more powerful than any the Society has ever tried to recover before. His adventure takes him deep into the worlds of the Jungle Cruise and other attractions featured in Adventureland.

Freeform’s Famous in Love starts its second season. Two months have passed and a lot of changes have happened to the cast of “Locked.” Meanwhile Paige’s choice between Rainer and Jake is revealed

For the 11th year, ESPN will air live play of the first and second rounds of the Masters, surrounding the telecasts with an expanded SportsCenter presence as well as news, information and analysis on television, radio and digital outlets for the entire week of the event. As part of their Earth Month celebration, the El Capitan Theatre will present “a bug’s life.”

D23 is hosting tours of the Walt Disney Studios. This time, the event is exclusive to Gold Family Members. For more information about D23 Member Events, visit D23.com.

Sweet Sundays continue at Disney California Adventures’ Food and Wine Festival with Duff Goldman. Goldman is a chef, artist, entrepreneur and TV personality. Duff’s first major foray into television was on the hit Food Network show Ace of Cakes, which took place in his famed Baltimore bakery, Charm City Cakes. The show ran for 10 seasons, achieving the rare feat of airing over 100 episodes. Duff is currently starring in several new shows on Food Network, including Cake Masters and the Baking Championship series. Duff recently completed his second book, Duff Bakes, a follow up to the New York Times bestseller, Ace of Cakes: Inside the World of Charm City Cakes.

In the second episode of ABC’s The Crossing  features a flash-forward to the year 2187 where Reece finds Leah, an orphaned Common baby, and goes against her Apex cohorts to take her in as her own. In present day, Jude – hoping for a peaceful solution with the Feds – is blindsided by a mysterious black-ops team’s intent on capturing Reece by any means necessary.

Disney releases Charlie and Frog.  Frog, who is Deaf, would rather be solving crimes than working at the Flying Hands Cafe . When Charlie Tickler walks into the cafe looking for help, Frog jumps at the chance to tackle a real-life case.Together, Charlie and Frog set out to decipher a series of clues and uncover the truth behind the missing woman’s mysterious message. Charlie needs to learn American Sign Language (fast) to keep up with quick-witted Frog. And Frog needs to gather her detective know-how (now) to break the case before it’s too late.

It is Captain America’s landmark 700th issue. Frozen in time, awakened in a decimated future and once again a man out of his era, there is only one way for Steve Rogers to restore order and rebuild civilization-and that’s to rule it as King Captain America! No dream, no hoax, no lie, this IS Cap and this IS happening, believe it or not! 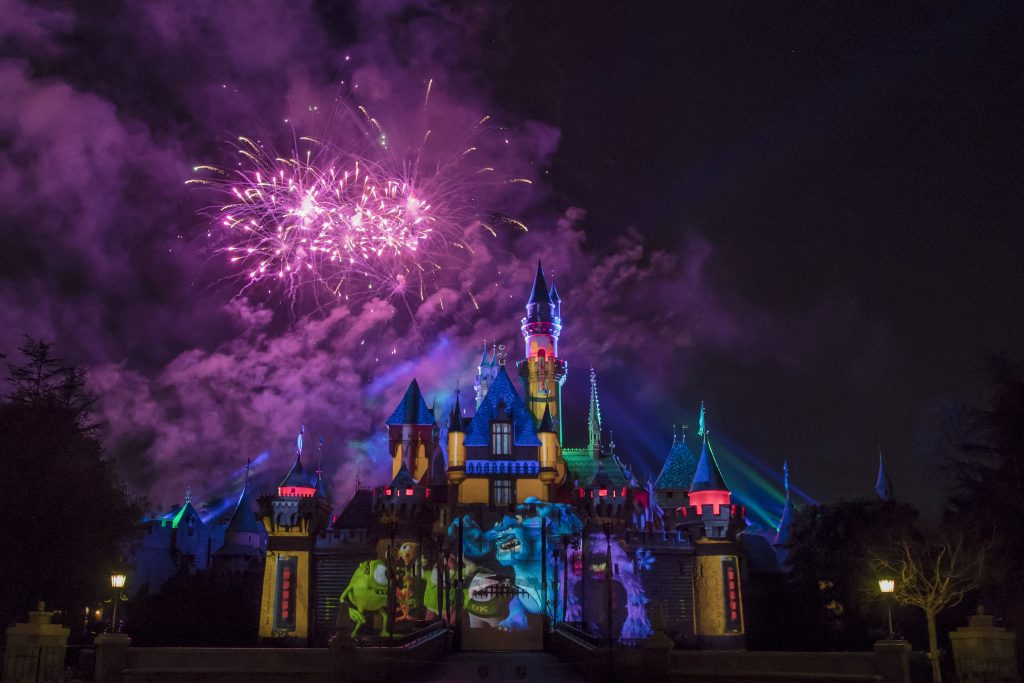 Pixar Fest begins at The Disneyland Resort. Featuring the return of the Pixar Play Parade and Paint the Night, the celebration also includes the Together Forever fireworks spectacular. Look for full coverage on LaughingPlace.com

ABC will air a special celebrating the 10th anniversary of the Marvel Cinematic Universe that will showcase the films from Iron Man to Avengers: Infinity War.

The first-ever official community event for KINGDOM HEARTS Union χ[Cross] is being held at the House of Blues in Anaheim. Attendees will participate in live activities and preview special in-game content all while enjoying Kingdom Hearts-themed décor and socializing with fellow union members at the House of Blues Anaheim! Furthermore, legendary franchise Director Tetsuya Nomura, Producer Hironori Okayama and other guests from the development team will be in attendance to participate in panels where they will share their thoughts about the game’s making and their vision for its future!

Today marks the 90th anniversary of the Oswald the Lucky Rabbit short “Ride ‘Em, Plowboy.” Sadly, this is one piece of animation that’s been missing. If you want to help find and restore lost animation, be sure to contribute to our friend David Bossert’s Patreon project.

In the Last Shot Star Wars Novel, it’s one of the galaxy’s most dangerous secrets: a mysterious transmitter with unknown power and a reward for its discovery that most could only dream of claiming. But those who fly the Millennium Falcon throughout its infamous history aren’t your average scoundrels. Not once, but twice, the crew of the Falcon tries to claim the elusive prize—first, Lando Calrissian and the droid L3-37 at the dawn of an ambitious career, and later, a young and hungry Han Solo with the help of his copilot, Chewbacca. But the device’s creator, the volatile criminal Fyzen Gor, isn’t interested in sharing. And Gor knows how to hold a grudge. . . .

Infinity Countdown #2 the secret is out about the Power Stone, and the Chitauri are in on the action as the Raptors, Novas and Guardians meet for a showdown in space! PLUS: Adam Warlock enters the fray after the events of Infinity Countdown: Adam Warlock-his next move will set the stage for cosmic chaos to come!

It is Star Wars Half Marathon Weekend at Walt Disney World. Prepare for running Wookies, Jedis, and Sand People throughout the weekend.

In a new episode of Muppet Babies on Disney Channel, Summer and Piggy surprise their friends by building a blanket fort so large that it becomes a blanket kingdom.

It is the 10th Anniversary of Disneynature’s announcement. While we do not know what has happened to Doliphins which was scheduled for release this year, they have already announced that Penguins is set for release in 2019. 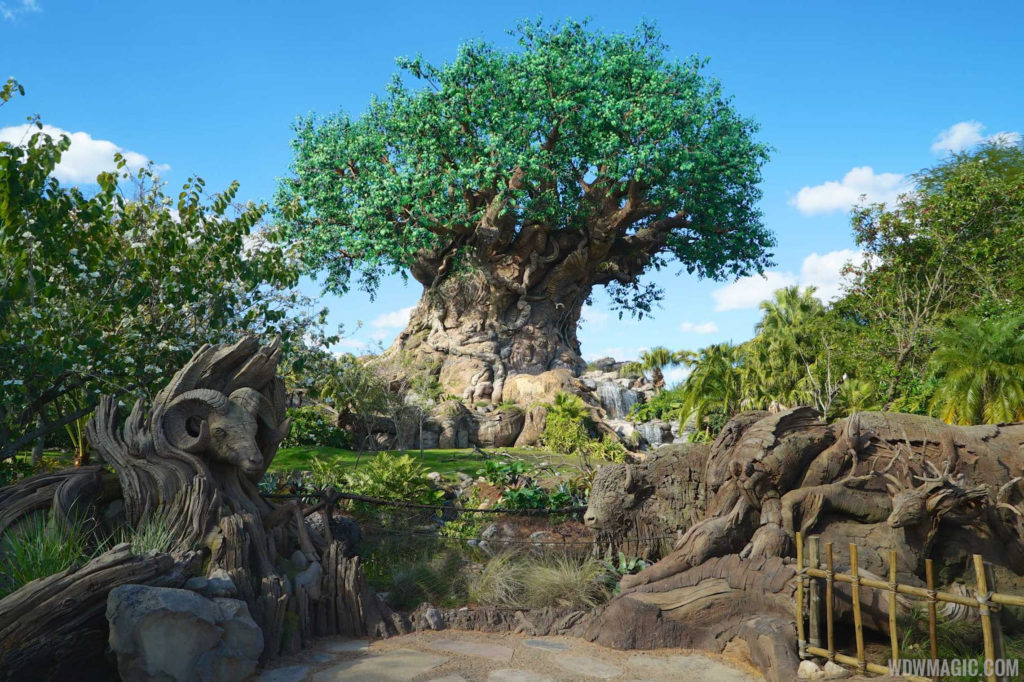 Disney’s Animal Kingdom is celebrating its 20th anniversary. In addition to the launch of Up- A Great Bird Adventure, expect other events as the park celebrates with a Party for the Planet.

Marvel’s Infinity War holds its world premiere in Hollywood. As anticipation builds for the film, we will get our first reaction of this milestone for the Marvel Cinematic Universe.

Good Morning America meteorologist Ginger Zee releases Chasing Helicity: Facing the Storm. Helicity is well aware that her name is unusual – kind of like Helicity herself. The word Helicity means to spin, and for as long as she can remember, Helicity has been fascinated by the weather. The weather is Helicity’s escape from her own reality – may that be school, her father’s strict discipline, or her brother’s imminent departure for college where he’s all set to play football. One fateful day, Helicity and her horse head out on a long ride to take a break from life at home. Even with her vast experience with weather, Helicity is unprepared for the elements she faces. The choices Helicity makes before, during, and after that storm will have a lasting effect on her family and her future.

Hulu’s Emmy-winning drama series The Handmaid’s Tale returns with a second season shaped by Offred’s pregnancy and her ongoing fight to free her future child from the dystopian horrors of Gilead. . In Season Two, Offred and all our characters will fight against – or succumb to – this dark truth. Avengers: Infinity War is released today. The end of the Marvel Cinematic Universe as we know it will be the culmination  of 10 years of storytelling.

Live near Akron, Ohio? Disney Junior Dance Party On Tour is at the Goodyear Theater today.

The next Disney-themed week of Wheel of Fortune begins today. This time Disney fans will buy vowels and solve puzzles for Pat and Vanna.