Editor’s Note: The following article was published as our 2018 April Fool’s Day joke. Please enjoy it in the satirical way it was intended. 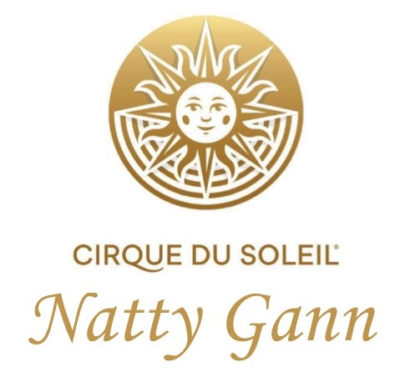 New details have been revealed about the Cirque Du Soliel show being developed exclusively for Disney Springs, which replaces “La Nouba.” It was previously announced that the original show would pay homage to Disney’s rich history of animation, but now there is a title and a few additional details. Set to open in Summer 2019, Cirque Du Soilel’s “Natty Gann” will delight guests at the Walt Disney World resort with nightly performances.

“We’re using the 1985 live action film, The Journey of Natty Gann, as a gateway to tell a new story,” explains Jean-François Bouchard, Chief Creative Officer for Cirque Du Soilel. “Our entire team unanimously agreed that we wanted to transport audiences back to the 1980’s era, a moment before Blockbuster Video or even Netflix where you had a limited selection of white clamshell case Disney films for rent at your nearest mom & pop video store. Remember that? It was such a joyous and simple time to be alive. We’re bringing that feeling back to our Guests.” 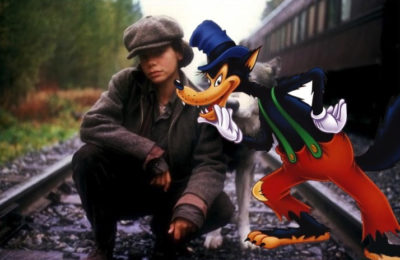 Natty Gann is a girl on a journey from Chicago to Washington to find her father, traveling by foot and train with a wolf as a companion. “The show starts with a train pulling onto the stage where Natty Gann and her wolf hop off. The wolf is, of course, a man in a costume and we’ve modeled him after the Big Bad Wolf from The Three Little Pigs in our version. He walks on two legs, wears suspenders, and also changes into other disguises during their travels,” explains Costume Designer April Fahouls.

From the sound of things, Natty as a character will be passive, like the maid from “La Nouba,” moving around and observing the acts like the audience does. “The first performance act involves the three pigs. We found a trio of primordial dwarfs who have this incredible jumping act. The three pig’s houses rise from the stage with trampolines and ropes so they can jump from house to house and swing out over the audience,” Acrobatic Choreographer Darlene Black describes. “And of course, the Big Bad Wolf spends the act trying to get into their houses with a series of disguises, including some ‘La Nouba’ Easter Eggs for diehard fans.” 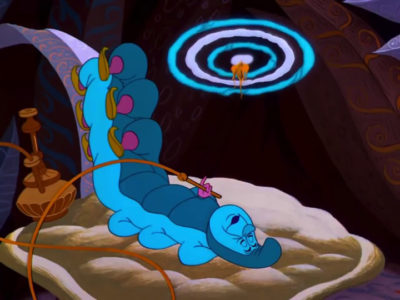 The next stop on Natty’s journey is Wonderland, which is to feature a psychedelic arial act while Natty and the Big Bad Wolf partake in the Caterpillar’s hookah as colored smoke interacts with the acrobats. Other destinations and acts will include the Hundred Acre Woods from Winnie the Pooh with men pole vaulting in bear suits, a Pleasure Island dance number from Pinocchio with some retro Downtown Disney crossovers (Mannequins), and a Mexican carpet ride inspired by The Three Caballeros.

“My favorite act,” Bouchard excitedly proclaims, “recreates the ‘Why Should I Worry’ sequence from Oliver & Company with real dogs! Our ensemble become human taxis, kind of like those Transformers cosplay people you see at conventions, and they crawl around as dogs dance on their back. It’s incroyable!”

Cirque Du Solel’s “Natty Gann” is currently in rehearsals in Vancouver while the theater receives some upgrades, including state of the art LED screens to create the many animated locals that will be featured in the show. They are also installing some wire tracks over the ceiling for a moment where Natty Gann flies over the audience holding Winnie the Pooh’s red balloon, as well as seat modifications for a moment where she upsets bees who sting the audience like they do in It’s Tough to be a Bug. Be on the lookout for more news regarding “Natty Gann” as 2018 draws to a close. 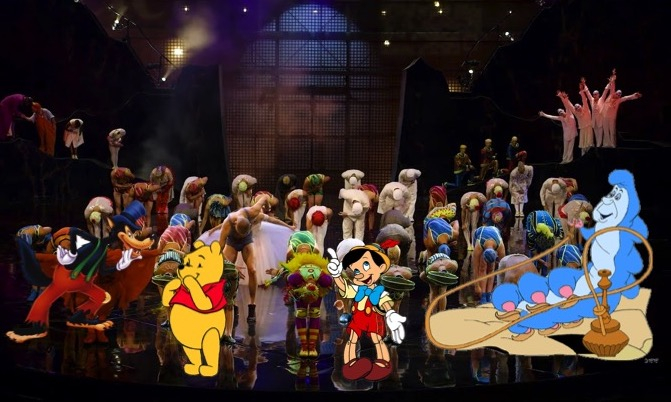