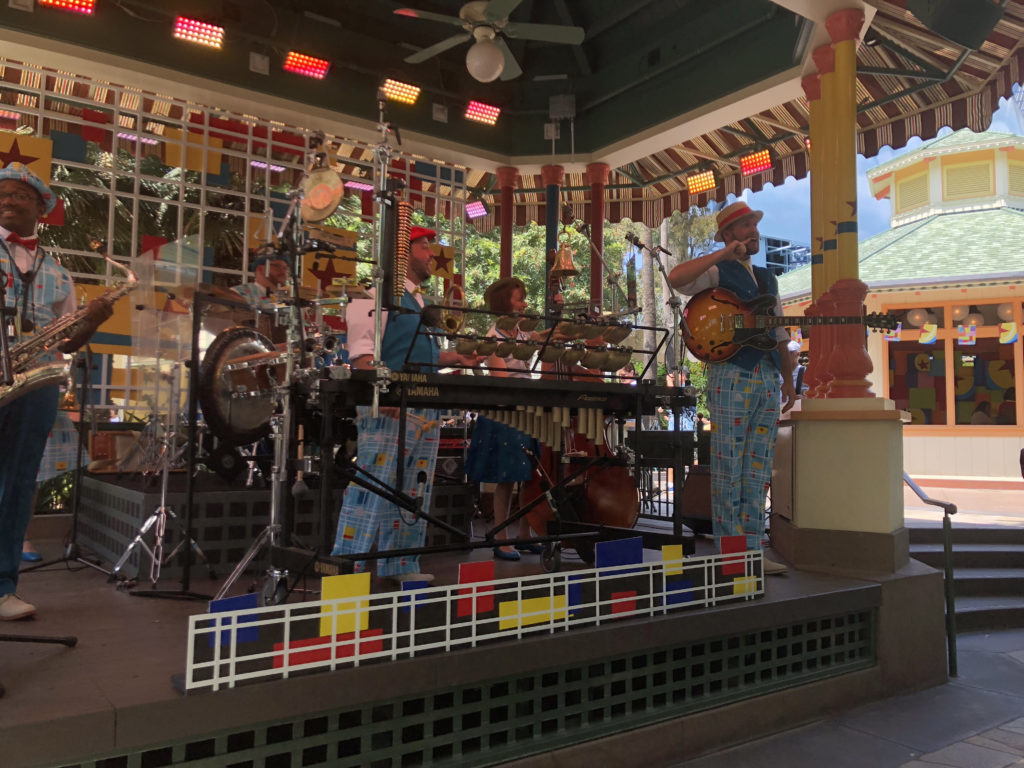 If there was an award for the hidden gem of Pixar Fest, the easy winner would be TripleDent Gum presents The Pixarmonic Orchestra. This exciting musical experience features a zany seven-piece band who performs their own version of Pixar songs while using fun instruments in additional to more traditional band fare. Cowbells, kazoos, duck calls, sirens and slide whistles add a unique twist to the experience which is featured daily at Paradise Gardens in Disney California Adventure during Pixar Fest.

Chris Utley, Show Director, The Pixarmonic Orchestra shared a bit about the vision of the show when he said, “The inspiration for The Pixarmonic Orchestra came from a lifelong appreciation and love of the music of Spike Jones and His City Slickers. The band presents an array of musical styles in a fun and upbeat fashion that fits the Pixar tunes perfectly. The arrangements, dialogue and energy of this unique group will appeal to the whole family.” 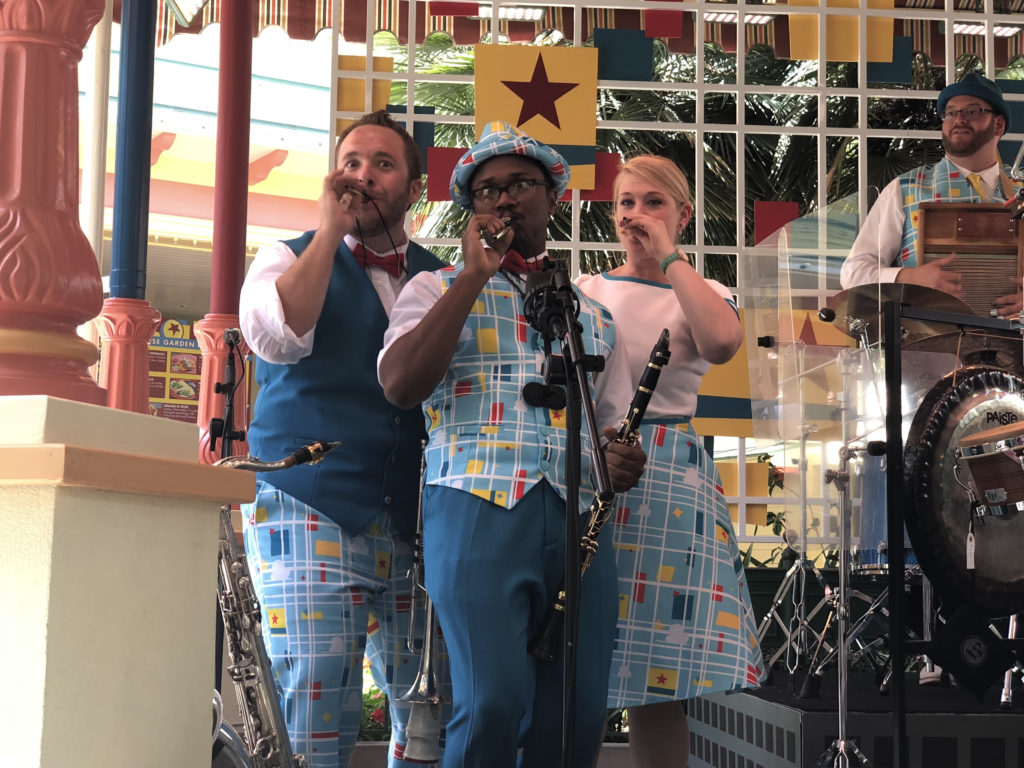 The fun continued beyond the music as Utley also shared, “We had so much fun designing the costumes for The Pixarmonic Orchestra. We took the idea of big plaid and blended it with the mid-century modern look from Pixar films to come up with a colorful costume that suits the music style perfectly. The costumes even have some fun Pixar ‘Easter Eggs!” 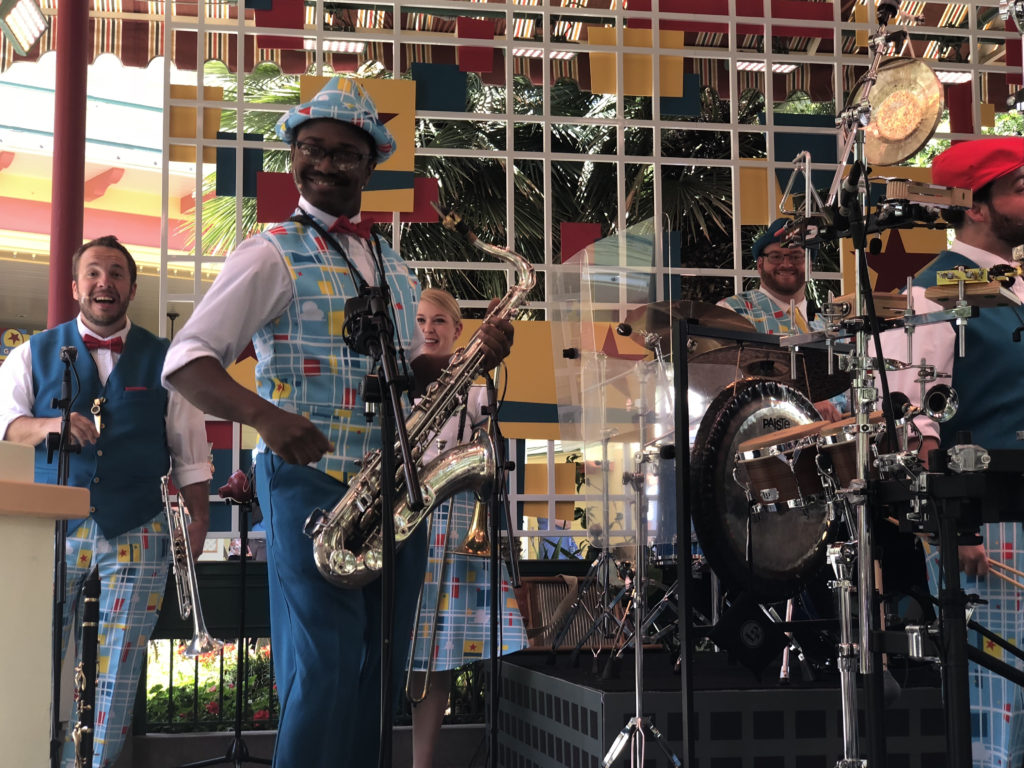 Our experience seeing the show was nothing short of magical. We arrived a few minutes before showtime at the Paradise Gardens gazebo. We had no trouble getting a spot, but once the show began, the performers enthusiasm was contagious. Once the set wrapped with “You’ve Got a Friend in Me,” the audience had grown exponentially as guests had been drawn in by their unique sound. They also achieved something that I have rarely seen for a show of this scope, a standing ovation. 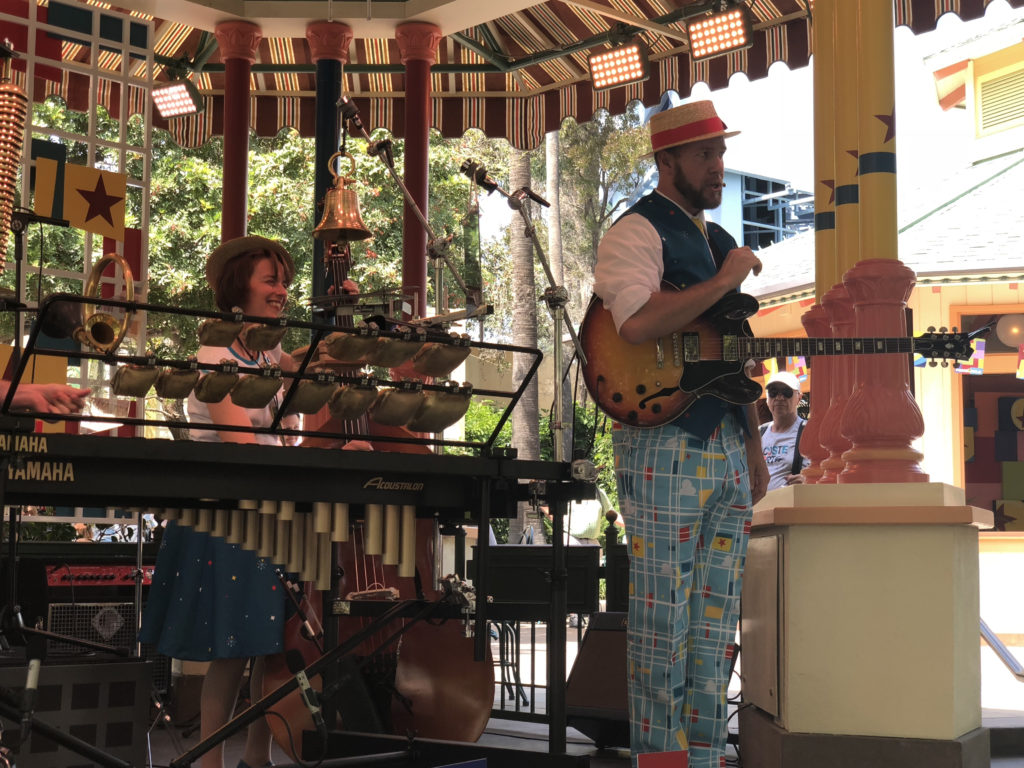 I have no doubt that the group will become quite popular with time. And as they perform next to AP Corner, I would not be surprised if this becomes an instant favorite for the regular DCA park goer.