Over the past 10 years and 18 movies, fanboys and fangirls around the world have supported (and criticized) the Marvel Cinematic Universe. Back in 2008 Marvel Studios released a film that would prove to be the first building block in an epic storyline. Now it’s all coming to a head as the growing number of Avengers take on their biggest challenge ever: The Mad Titan Thanos. The excitement is almost tangible as audiences prepare to view a film 10 years in the making. Can the Avengers deliver?  Critics on Rotten Tomatoes share their Infinity War reviews. 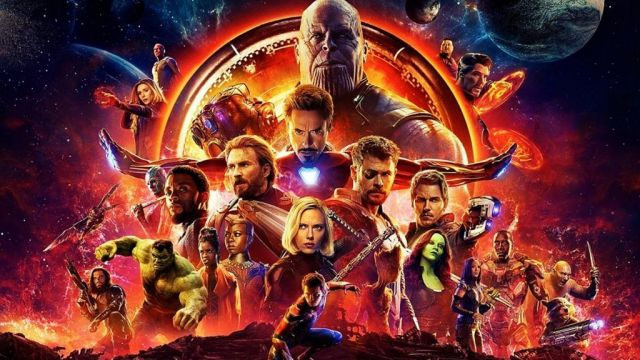 Helen O’Hara of Empire Magazine warns fans that nothing will prepare them for what’s coming:

Marvel has solved their third-act problem and villain problem and then some. However prepared you feel, you are not ready for Thanos. But then, neither are our heroes.

Mick LaSalle of the San Francisco Chronicle wasn’t quite feeling the massive mashup:

There’s just too much of it. A victim of its own success, there are just too many appealing characters here to stuff into one story.

…what people like most about the series — the colorful personalities — gets short shrift.

Entertainment Weekly’s Chris Nashawaty starts his review saying, “Infinity War is a movie for the fans:”

What saves Infinity War from being just another bloated supergroup tour – and what will end up being the thing that blows fans’ minds to dust – is the film’s final stretch.

Throughout the film, rapidity of dialogue and drama is mistaken for actual rhythm, of which directors Anthony and Joe Russo have one mode: pedal-to-the-metal pandemonium.

Thanos Shatters The MCU In Marvel’s Most Stunning Film

Perhaps Peter Bradshaw is a fanboy himself? The Guardian reviewer comments on the film as a whole:

It’s just a supremely watchable film, utterly confident in its self-created malleable mythology. And confident also in the note of apocalyptic darkness. I know it’s silly. And yet I can’t help looking forward to the next supersized episode of mayhem.

Time Out’s Joshua Rothkopf opens his review with a reference to a Pixar film:

First, a bit of prophecy spoken by an evil mastermind in 2004’s The Incredibles: “And when everyone’s super…no one will be.” Welcome to that endgame achieved: Marvel’s Avengers: Infinity War—an overstuffed sausage of summer entertainment—is the Ocean’s Thirteen of spandexed heroism, if you can imagine a version of that movie with two times as many Brad Pitts and no poker dealers.

Stephanie Zacharek writes for TIME magazines and offers a less than satisfied review:

Avengers: Infinity War Checks All the Boxes. That’s Exactly What’s Wrong With It.

There’s no pacing in Avengers: Infinity War. It’s all sensation and no pulse. Everything is big, all of the time.

A final last roundup of comments from other Infinity War reviews:

“The best Marvel film ever-the most complete, the most emotional, and the most thrilling” —David Schilling
“The high doesn’t last, but it’s dizzying all the same” — Hannah Woodhead
“Maybe Deadpool 2 will be better…” —Roger Moore
“It should never have been this good” —Kevin Maher
“Welcome to the ultimate superhero extravaganza” —Mara Reinstein
“It’s crowded, busy and noisy–and if you’re a Marvel fan, pretty close to heaven.” —Neil Pond