Editor’s Note: While this review was written to be spoiler-free, those who don’t want to know anything about the film should read no further.

Fans of the Marvel Cinematic Universe have unknowingly been waiting for Infinity War since Tony Stark’s first Iron Man announcement. They’ve grown to love the characters that make up this universe. They’ve laughed and cried and theorized for a decade about the heroes known as the Avengers. Finally, all of those thoughts are realized through the vision and execution of the Russo Brothers and Kevin Feige and his amazing team. I watched it last night and now offer you my Avengers: Infinity War review. Let me begin by saying that I’m not familiar enough with the comics to find anything majorly disappointing with the MCU. My knowledge is limited to what I’ve read on Wikipedia and a few other character series. Yes, that also means I’ve never picked up Marvel’s early 90’s The Infinity Gauntlet limited run or its two sequels War and Crusade. So when it comes to comic book stories, sometimes I care about the details, other times—as is the case with the MCU—I just really, really love the characters. 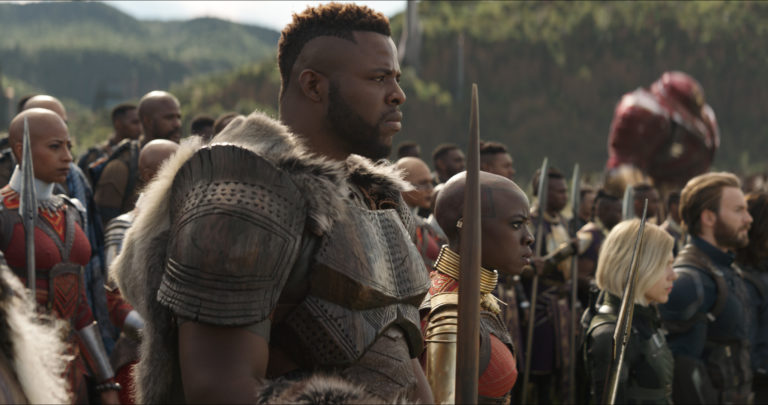 I walked in to Infinity War, as I do for every Marvel film, with guarded expectations. I knew I would like it, as I’ve liked all 18 of the previous films. The only thing I didn’t know was how much I’d like it. We’ll start with this, Infinity War is messy, but in the best possible way. Think barbecue ribs or a giant ice cream sundae kind of messy. With so much going on there’s no way for it to stay neat and tidy, but you kind of don’t care. And while its all over the place, it’s never disconnected in a way that you can’t follow along. Anyone who’s not prepared for a story of this scope hasn’t done their research. Even the trailers hint at how enormous and spread out the film is going to be. 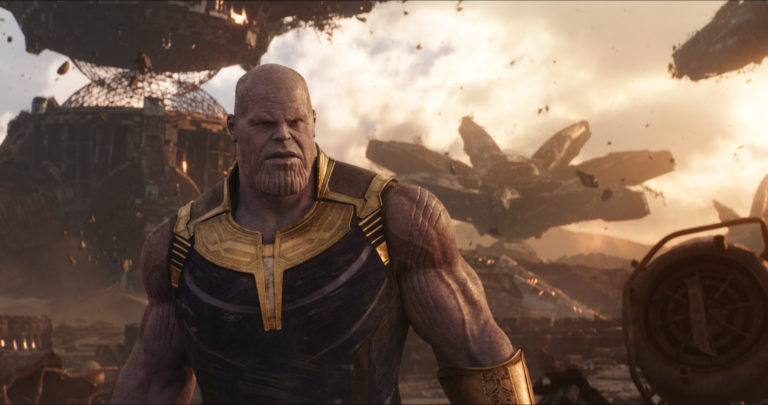 While most all of our heroes are present—it does say Avengers in the title—the main character most certainly is Thanos, and rightfully so. His character has been teased since Avengers, with fans getting snippets of his plans and whereabouts over the course of the last six years. This is his story told from multiple viewpoints of his antagonists.

Thanos’ role is slightly bigger than I expected. He’s very involved in his mission to collect the Infinity Stones, even as he sends his mercenaries to do some of his dirty work. He believes wholeheartedly in his ultimate goal that nothing, and I mean nothing will steer him off course. That’s something that continues to surprise me with the Phase 3 villains: how interesting they are. Their screen time is never unwelcome and placed so perfectly, that as a viewer, you too want to hear what they have to say and understand their MO. 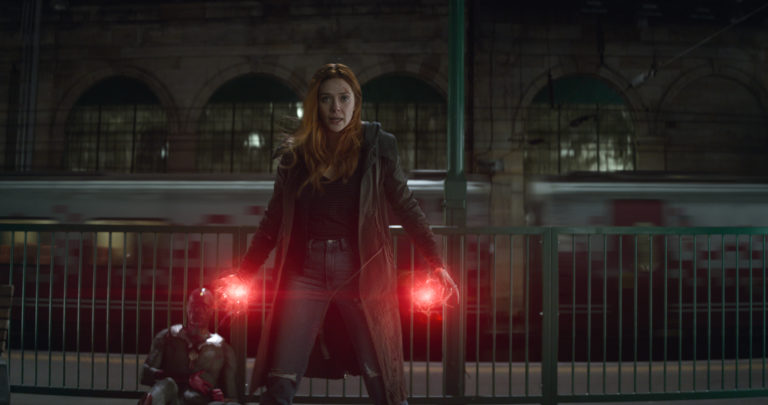 It’s nearly impossible to talk about Infinity War without spoiling everything. So let me end with a quick rundown. It’s all here: the humor, emotion, and loss that you’ve come to expect from Marvel. Stan Lee cameo? It’s here too. Post credit scene? I would have been so mad if they decided to leave it out. It’s true to form. Was I shocked? Absolutely. That’s how you know this is good storytelling. Even with knowing the formula of all the science fiction, fantasy, and epic tales I’ve consumed, I was still caught off guard.

There were a few predictable moments, but on the whole it was so unexpected. Actually, what might have been the most shocking were a few moments of very unrealistic CGI. In several scenes, a few of our heroes look flat. Definitely not what I’ve come to expect from a studio who’s latest film saw massive global success. 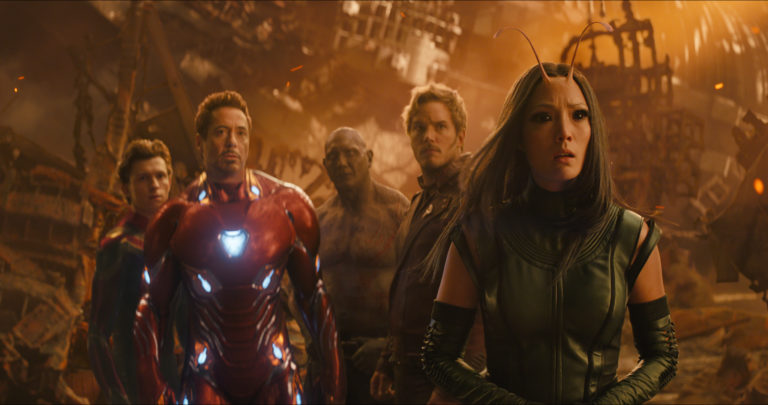 In conclusion, my final takeaway is this: it’s not the end. Infinity War is an incredibly rough third act, but it’s far from over. While this chapter closes with me desperate for more, I know I need time to digest what I’ve just witnessed, and maybe rewatch everything leading up to this point. As Cap would say, “I could do this all day.”

I give Avengers: Infinity War 5 out of 6 Infinity Stones. Sorry, but I love space and the color blue, so that Stone stays with me.