“Life is too short to be anything less…”

When most superheroes make their appearance, there’s no warning that they’re coming. It’s not announced, but the entrance is almost always grand. Not because they want to show off, but because they need to do something big. The same can be said of my experience with J.S. Puller’s Captain Superlative. I’ve always enjoyed juvenile fiction. It’s easy to read, it’s fun, and there’s an innocence to it. I’ve read dozens of stories for tweens and tees and didn’t think this would be any different. Then I read the book. Superheroes are most definitely my thing, but Puller’s story was so unique and spoke to the kid in me in a way I was not prepared for. 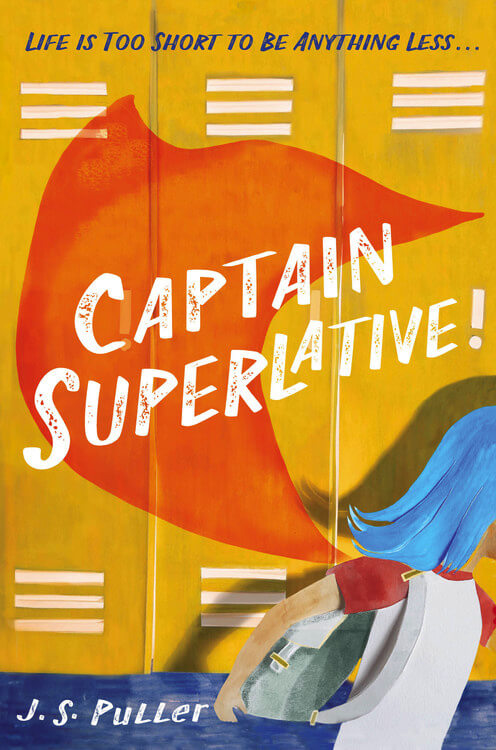 Captain Superlative is told through the eyes of seventh grader Janey Silverman who observes her world and does her best to avoid being noticed. She stands back and never gets involved even in situations when she knows she should. Janey witnesses the nearly constant bullying of a classmate, but fears for her own status and keeps silent. Then one day everything changes when a masked hero—Captain Superlative—appears in school.

Captain Superlative is brave and fearless, intervening and speaking directly to the bully, disarming them with kind conversation. She doesn’t stop there. The heroic captain (a mysterious classmate) does all sorts of things for the citizens of Deerwood Park Middle School. From handing out mints before a big test and creating study guides, to holding the school doors open for teachers and classmates. Her cheerful attitude and simple actions have a positive impact on most everyone she’s around. When Janey goes in search of Superlative’s identity, she winds up coming face to face with the hero and gets drawn in to becoming a sidekick.

Janey and her classmates learn that heroes come in all shapes and sizes. You don’t have to be exposed to a magic substance to do good or to change the world. Everything counts, the big actions and the small ones. Superlative tackles themes of death, bullying, and abuse and does so gently and gracefully. Puller’s characters are young, human, flawed, and real, but they’re also kind, hopeful, and strong. The world can be beautiful and ugly at the same time. Puller gives readers a call to action empowering them with the choice to do something positive, to be superlative. Just like any hero, this book is paramount. Potent. Persuasive. Powerful.

Captain Superlative is the debut novel by author J.S. Puller. It was released on May 8th and is available in stores and on Amazon. #WillYouBeSuperlative