TCM’s Treasures from the Disney Vault returns tonight and it appears that the quarterly programming block has gone to the dogs. By that, I mean the overall theme is unmistakably celebrating Walt Disney’s love of animals, canines in particular. Leonard Maltin plays curator and host once again for an evening of films that should all be quite obscure to many Disney fans.

If you are under 30-years-old, did not collect the Walt Disney Treasures DVD sets, and have never purchased a Disney Movie Club Exclusive title, then there’s a pretty good chance you’ve never seen any of tonight’s content. In fact, you may have never even heard of it. When I heard that the theme would be dog’s, i assumed we would see at least one of the culturally significant titles in the Disney vault. Old Yeller has already been presented, but The Shaggy Dog has not, nor have the White Fang films or Iron Wolf.

Aside from the fact that there isn’t a true classic among the evenings lineup, it’s still going to be an entertaining evening. It all starts with a rare tour of a long-gone studio with Walt Disney, then progresses through the history of Disney’s animal films from the 1940’s through the 1980’s.

The night begins with a rare gem called “A Trip Through Walt Disney Studios.” By the title, you may be picturing the company’s corporate headquarters in Burbank on Buena Vista Drive. However, this was produced in 1937 at the long gone studio on Hyperion Avenue during the production of Snow White and the Seven Dwarfs. Making it even more of a treasure, it was never intended for public release.

RKO was Walt Disney’s distributor at the time this short was produced and had requested a tour of the studio, which Walt realized would be difficult. Instead, he had this short produced for them, which later ended up used as promotional material for Snow White. Among the rare sights are Walt Disney’s Hyperion office, Walt Disney dressed up for work, a trip to the foley and scoring stage, and a few of the Nine Old Men in their early years at the studio.

Recommendation: If there’s one item tonight that you can’t miss, it’s “A Trip Through Walt Disney Studios.”

The Best of Walt Disney’s True-Life Adventures may be from 1975, but none of the footage is more recent than the mid-1960’s. A fitting segue, it opens with footage of Walt Disney with animals from various episodes of The Wonderful World of Color. Director James Algar and Writer/Narrator Winston Hibler reunited to celebrate the thirteen True-Life Adventure documentaries that won a total of eight Academy Awards between 1948 and 1960. Six of these features have previously been part of Treasures from the Disney Vault.

In just 90-minutes, footage from all thirteen subjects are presented. The shocking thing is that it has excellent flow and pacing. It plays as both a nature documentary and a documentary about the True-Life Adventure series.

While the subject matter is often educational, Walt Disney was the master of “Edutainment” and the series was often edited for laughs. As a result, this “Best Of” compilation is often funny, including a montage of bears scratching their behinds on trees, a scorpion mating dance played like a hoedown, ducks sliding into each other on ice, and lemmings following each other off a cliff (a myth perpetuated by this staged footage). Also the 1970’s music during the end credits is quite a trip.

Recommendation: This fun compilation offers a taste of all thirteen “True-Life Adventure” films including the series’ most inspiring and comedic moments. Stick around. 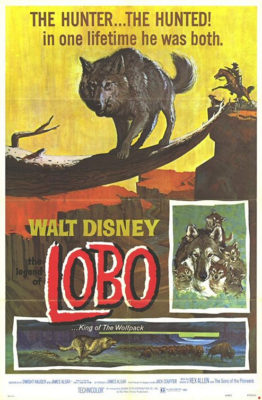 After the True-Life Adventure series ended, James Algar continued making animal films for Walt Disney, albeit scripted ones. The Legend of Lobo is one of the better films of its kind and follows the story of a wolf named Lobo from birth through adulthood.

Like Bambi before it, The Legend of Lobo is really a story of man’s impact on the animal world. As a pup, Lobo and his family have to find a new den when hunters kill a cougar that would have made Lobo’s litter its lunch. They find a new home near a cattle ranch that offers easy food resources, but also great danger. Lobo learns all he can from the human hunters, using these skills to good use as an adult.

Narrated by Rex Allen, the film also features a rousing theme song that makes several appearances, a fun ditty from the Sherman Brothers. The Legend of Lobo is better paced than most films of this variety, although it is still marred by pacing issues despite a short 67 minute runtime.

Recommendation: If you’re staying for the entire night, “The Legend of Lobo” is not without entertainment value. But it’s largely forgettable and there’s better content later if DVR space is an issue. 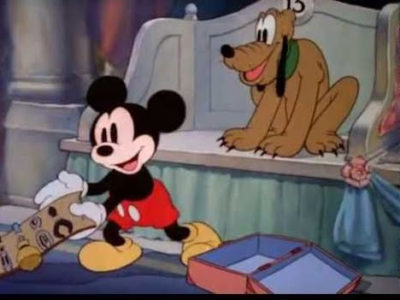 The first animated short of the night is a significant one. This was Mickey’s final appearance without pupils before the release of Fantasia, which changed his design forever into the worldwide icon we know and love today.

Mickey Mouse and Pluto are out of their element when Mickey puts his pup in a sophisticated dog show. Mickey is ultimately embarrassed by Pluto’s average dog behavior and undesirable physical characteristics. But when Pluto enters the trick dog competition, he makes his master proud.

Recommendation: Don’t miss this short, or any other on tonight’s lineup.

Greyfriars Bobby is not your typical Disney fare, making it a standout entry in the lineup of family films from the studio. The source material is a heartwarming true story from Scotland about a little terrier who spent fourteen years living on top of his former owner’s grave until he, too, passed on. If you’re not misty eyed just reading that, I recommend therapy.

Bobby is a farm dog who has taken an exceptional liking to an elderly shepherd, Auld Jock. When the shepherd is let go, he leaves the farm following by Bobby and passes away soon after. Laid to rest in Greyfriars Kirkyard, Bobby continuously sneaks in to sleep on his friends grave against the caretakers “No Dogs” policy. The community rallies around the terrier in an effort to change the law so that Bobby can spend his days with the person to whom he is most loyal.

The film was shot entirely in the United Kingdom, including location shooting at Greyfriars Kirkyard, the source of this legendary tale. It suffers from some pacing issues, but is mostly enjoyable and touching.

Recommendation: Of all the films on the scheduled tonight, this is my favorite. Don’t miss this heartwarming tale of loyalty and community.

The night is still young. Click on page 2 to see the rest of the lineup.