Pirates of the Caribbean Returns to Disneyland with Updated Auction Scene

Friday, June 8th was the official opening day for the updated Pirates of the Caribbean at Disneyland in Anaheim. It was not all smooth sailing for the iconic attraction, however. As anxious guests crowded into the queue line immediately upon the 9 a.m. opening, technical difficulties forced a closure after an hour of operation. The attraction was up and running again around noon.

Inside there was a notable freshness to the entire attraction. Many details had been enhanced, and some restored after many years. Two notable changes were evident.

In the dark tunnel leading from the skeletal pirate caves, a new vignette has been added. The mist screen with Davey Jones has been removed. To the left of the cave a new skeletal pirate appears, with a chest full of sparkling treasure and a fascinated octopus at his feet. Another scene has also been added to the attraction

The biggest change, of course, is the introduction of Pirate Redd. This swashbuckler replaces the famous redhead who attracted the attention of the original Pirates of the Caribbean for nearly fifty years. The entire Bride Auction scene has been re-imagined, with townspeople now forced to offer their finest wares not only to the pirate auctioneer but to Redd as well.

Redd could be found outside the attraction as well. This new denizen of New Orleans Square is a bold and sassy pirate, whether greeting guests, posing for photos, or signing autographs. Her belated appearance on June 8th was worth the wait, if the reaction of the crowd was any measure.

The updated Pirates of the Caribbean ride and Redd walk-around characters are now entertaining guests in New Orleans Square at Disneyland Park. 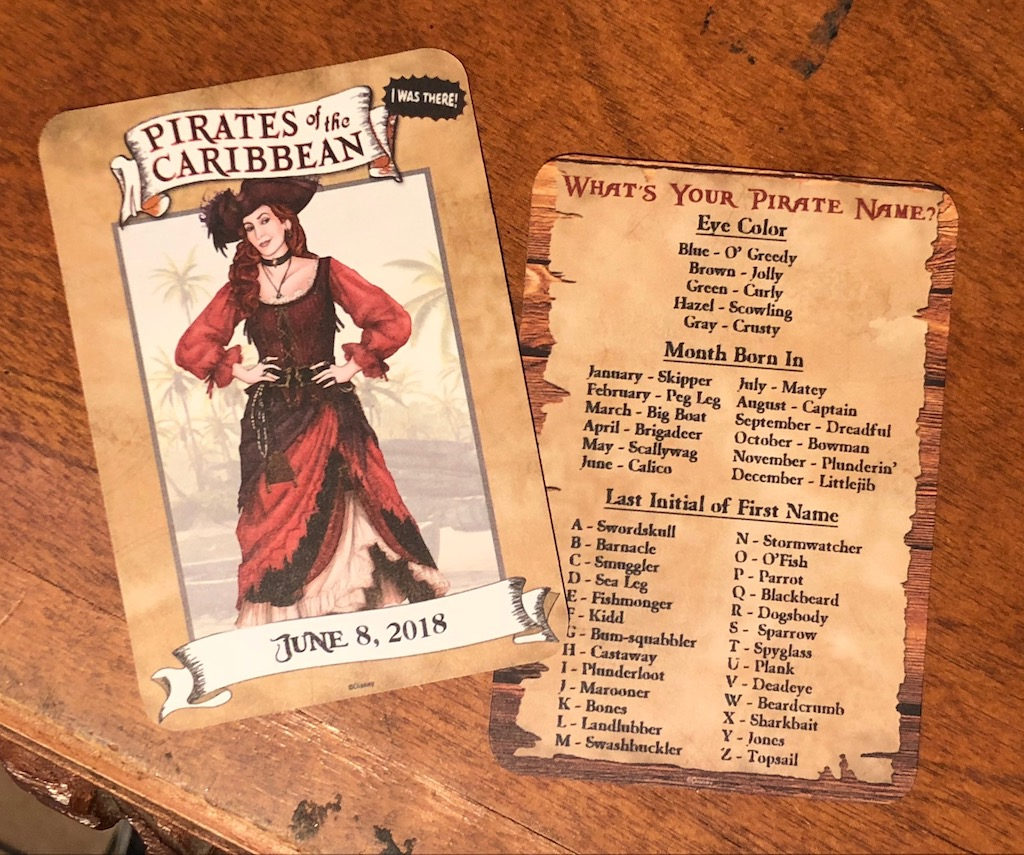 Pirate Redd collector cards were given out during the day