Even though we are still a few days away from the first day of Fall, Disney Springs has gotten the jump on the season which makes for a perfect time for a update of everyones favorite shopping and dining location. First, we take a look at the Westside where the NBA Experience is starting to take shape right next to the still-shuttered Cirque du Soleil tent. It has been almost 10 months since the new show was announced to be coming but there have been no recent updates. The building has been closed up since “La Nouba” closed at the end of 2017. 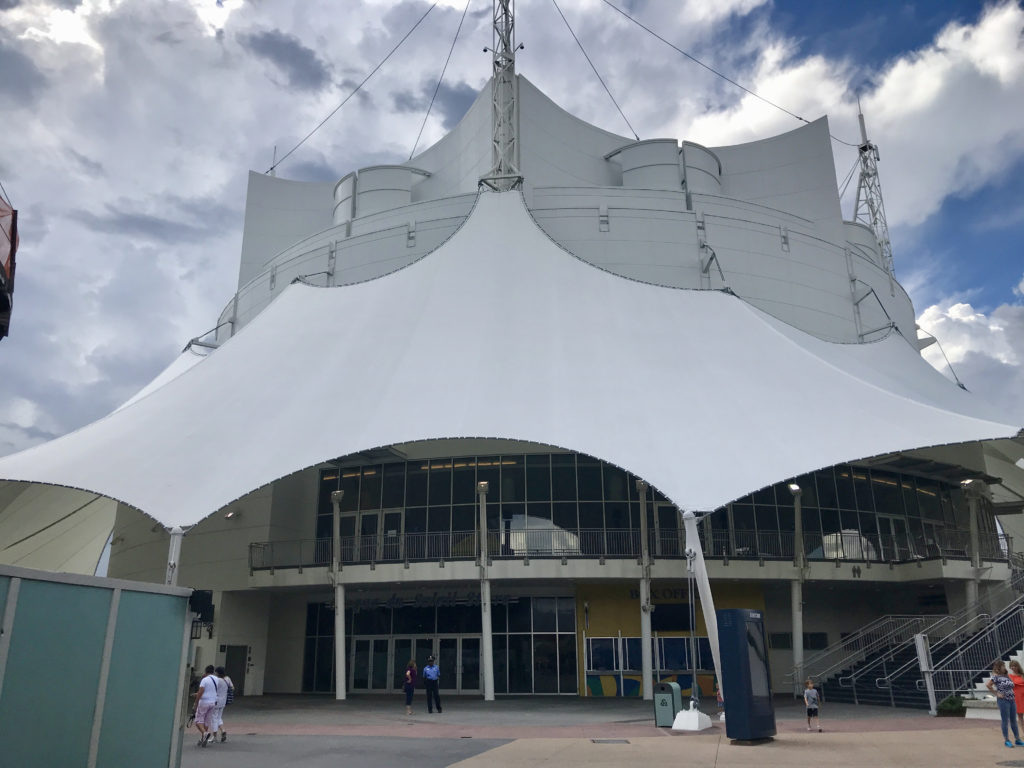 Two of the new restaurants that have been moving quickly on building work at the new in Town Center area and Jaleo by José Andrés on the Westside new Disney Springs AMC Theater. Moving through The Landing section of Disney Springs, I have to pause as we are approaching the 10 year anniversary of the closing of my beloved Pleasure Island and take a look at the what the area looked like over 20 years ago to what Disney Springs is today. 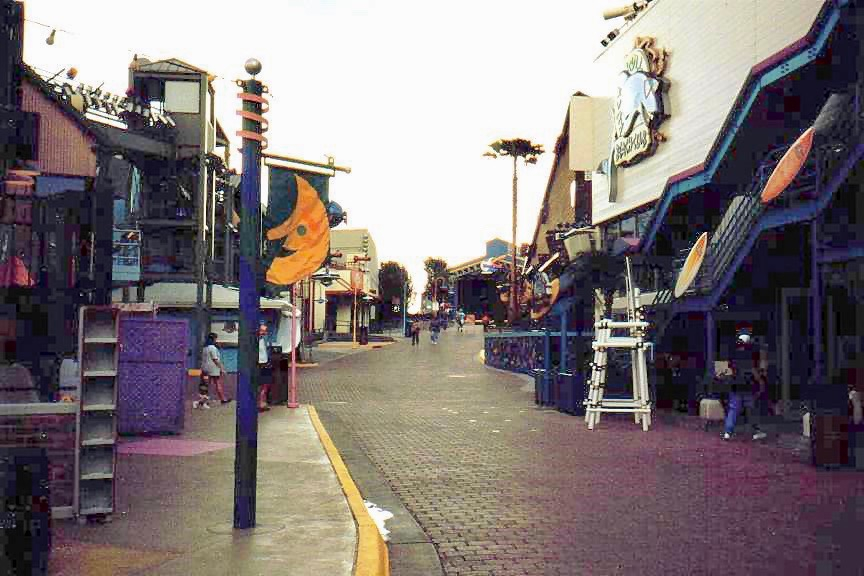 Over at The Marketplace, fall has definitely started with some fun backdrops and bunting. The Disney Centerpiece at the Marketplace Co-Op has now transformed into the home of all your Halloween home needs. A few weeks ago, we covered the grand opening of the 4 Rivers Cantina Barbacoa Food Truck. On this visit, I was able to try the full Taco Cone (which is as big as your head( and have to say it was amazing. Now, to close out this update, we take a look one last look at the Disney’s Design-a-Tee shop. The shop, which opened in 2009, was ahead of its time in it allowed guests to chose from 400 different designs and be printed on site. Presented by Hanes (a sponsor of Walt Disney World in 2007) in its early days would be packed with families making matching shirts, but it looks like in the day of every other website offering custom tees and the end of the sponsorship so ends the shop at the furthest end of Disney Springs. That’s all for now but check back for more updates from Disney Springs and Walt Disney World soon.