Universal Studios Hollywood is one of the oldest working studios in the world and, for 10 months out of the year, is a perfect family destination to enjoy all things Simpsons, Minions, and Kung Fu Panda…but for those other two months (at least on select nights) it becomes the premier destination for those of us that like a little scream without theme parks! 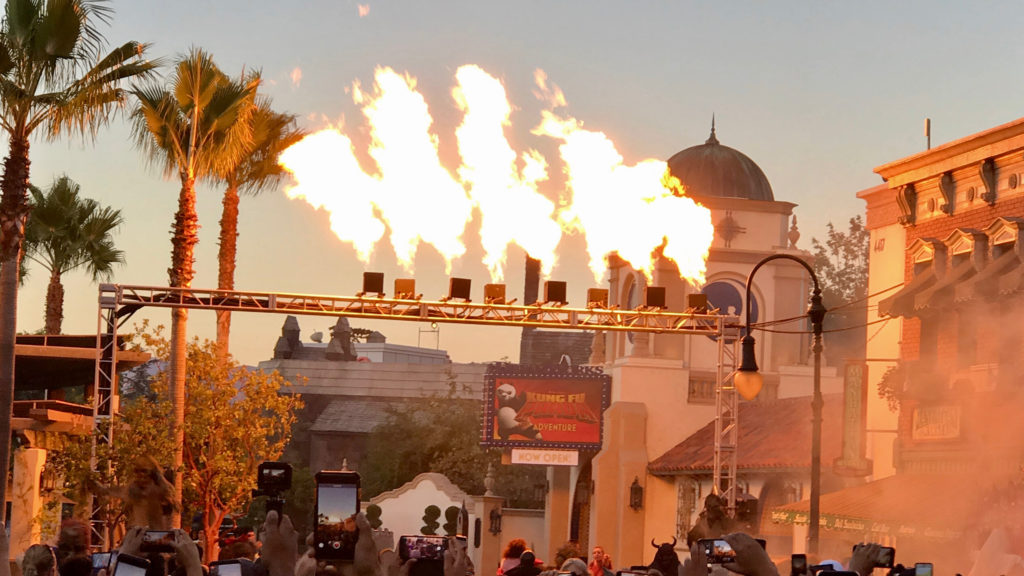 This year HHN (Halloween Horror Nights) has one of the strongest line ups of mazes in a long time. Before I get into the mazes, I want to call out the “scare zones.” This year there are five zones and, after spending the night all over the park, I can call out really three of them. This is not because of lack of theming but lack of space. Universal Studios is a movie studio first with a theme park built on to it, so the ability to have eight mazes, a Jabbawockeez show, and the five scare zones means some things get lost in the shuffle. The three zones I was able to experience were all great and fit perfectly where they were, my favorite being the Monster Masquerade. Not only was it one of the best-themed areas in the Parisian Street but the characters were perfect. 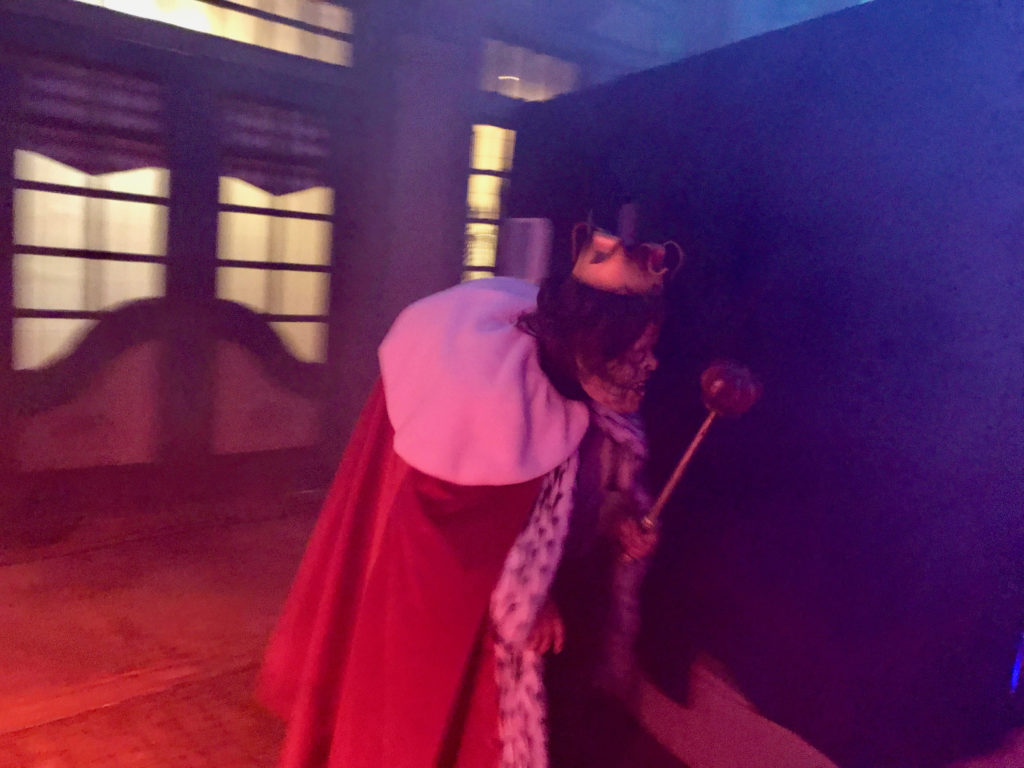 As for the mazes this year, I had two favorites, three I really enjoyed, and three that were okay — but you also have to remember even the three that were just okay as still some of the best mazes you will experience anywhere else. So first lets start with the “just okay” mazes: 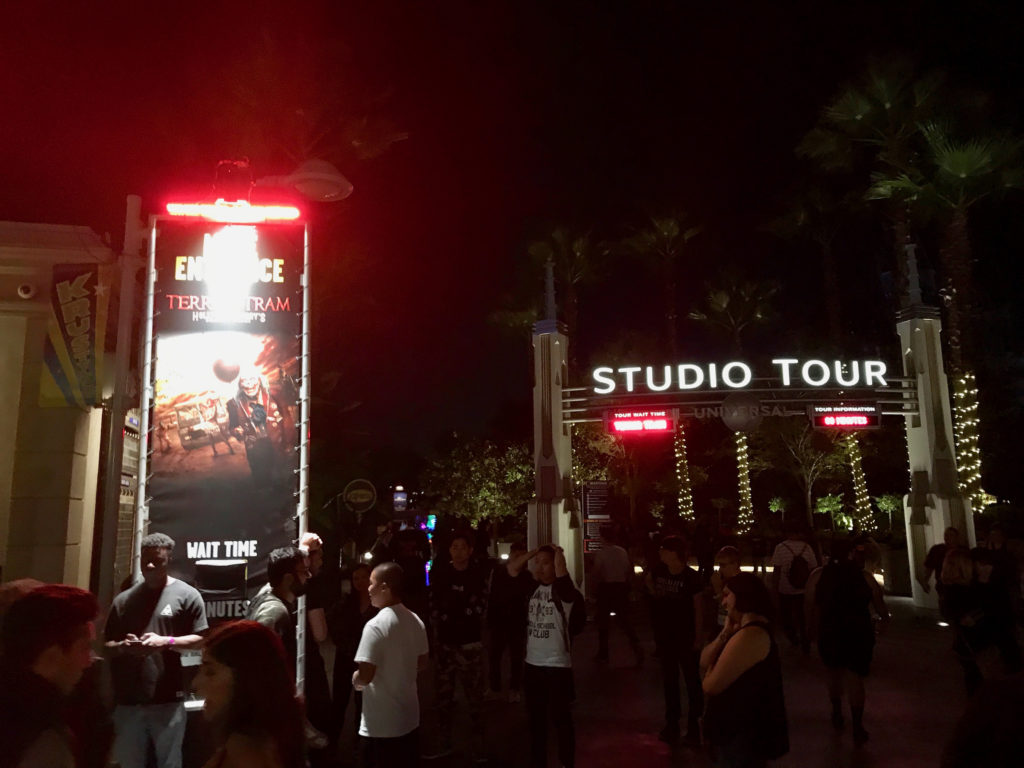 The Terror Tram has always been hit and miss for me, this attraction will always have a long wait because of the fact that you actually get on a Studio Tour tram and take it out to the backlot and get off. This year Hollywood Harry returns to terrorize guests on the tram as he unleashes some unique characters on your stroll around the Psycho House and War of the World set. The cross between fun scares and walking on Hollywood history will always make this a must do! My tip is to do this as early as possible because 1) it does close earlier than the rest of the mazes and 2) the wait can get very long as the night goes on.

This maze fits perfect with the film because it is broken up into smaller scenes that tell a bigger story. But for me the set stood out above the scares. This happens often where the attention to detail draws me deeper in and I will forget I am “supposed to be being scared.” Also, if you are not familiar with the property it is based on, you can be very lost. Overall it’s a fun maze but just not enough to put it at the top of my list.

The Horrors of Blumhouse: Chapter Two

If you are not familiar with Blumhouse Productions, they have become the name in fun horror film with titles such as The Purge, Get Out, and Insidious. Starting last year, they have put two or three of their film properties together to make a sort of horror marathon maze. This year they took two of their more recent films, Unfriended and Truth or Dare with an additional surprise ending and made a quick maze. This unfortunately suffers from the same problem as Trick ‘r Treat where if you don’t know the properties you don’t have any tie to what is going on. I had done my research before heading to HHN so I knew enough that I could say “oh yes it’s that scene” but that being said this maze had some great scares in it!

Now for the “really enjoyed” mazes these for me had more of a connection for me but also made for some really good jumps.

By now, if you don’t know what The Purge is, I am guessing you are reading this on a flip phone. Based on the new Universal Pictures film released earlier this year, this is the story of the Purge where all crime including murder is legal. After experiencing The Purge houses and scare zones for the past few years at HHN in Orlando this was a new take on it, I had fun in this one and one of my favorite scenes in any of the houses was the mannequin room towards the start of the maze.

Halloween 4: The Return of Michael Myers

There is not a lot I can say about this maze other than it has Michael Myers, one of the biggest horror icons, in it and made me jump a lot! The only thing keeping this from being at the top of the list was Halloween 4 as a film had played out most of the classic horror genre clichés and had just become the same old same old, not that the maze was “same old” but I had to find a reason why I this one separated itself from the two mazes.

Out of all the mazes between Orlando and Hollywood, this was the original one I was looking forward to the most and it didn’t disappoint. I have always been a “classic monster” fan and when I heard about this maze it cemented the fact I was going to visit HHN. The idea of doing scenes from all the classic Universal Monsters was really cool, having Slash do the music for it put in at a whole different level! The only part of this maze that is keeping it from being in the top two is the layout. Some scenes you would walk into at an angle and completely miss what was going on and before you had a chance to see it you would be in the next one. This is a maze I hope comes back next year with a new layout because it would be enough for me to fly out to Hollywood for it.

Of course this maze would be one of my top favorites. It was an amazing show on Netflix and spoke to me as a kid of the 80’s. Following season one almost beat for beat if you are a fan of Stranger Things you will love this maze, if you have not seen the show…where have you been?

If there is one “scary film” that I saw as a kid that stuck with me to this day it was Poltergeist! This film had everything from a giant killer tree to the original scary clown and the team at Universal Studios Hollywood Halloween Horror Nights did an amazing translation, right down to using audio from the film of Tangina, played by Zelda Rubinstein, saying so many of the key lines as we walk through the house. I have been going to HHN for years and, while I may do a maze a few times over the run of the event (Frequent Fear Passes are the way to go), it is very rare I will do one twice in the same night. But Poltergeist was an exception to that where I walked out and got right back in line for it. I am not saying this was my favorite maze of the event…but it is the last one I am talking about.

Now that we have covered the mazes, there were two other things that really stood out to me this year. First, the extra effort that was put into merchandise for mazes and, second, the addition of themed foods. In the past, the merchandise was very event specific with the combination of icons from the mazes all put on one shirt and maybe a maze or two getting a mug or its own shirt but this year it seemed like everywhere you turned there was a unique item for a different maze, which really was refreshing and made me want to bring home more than just one thing. 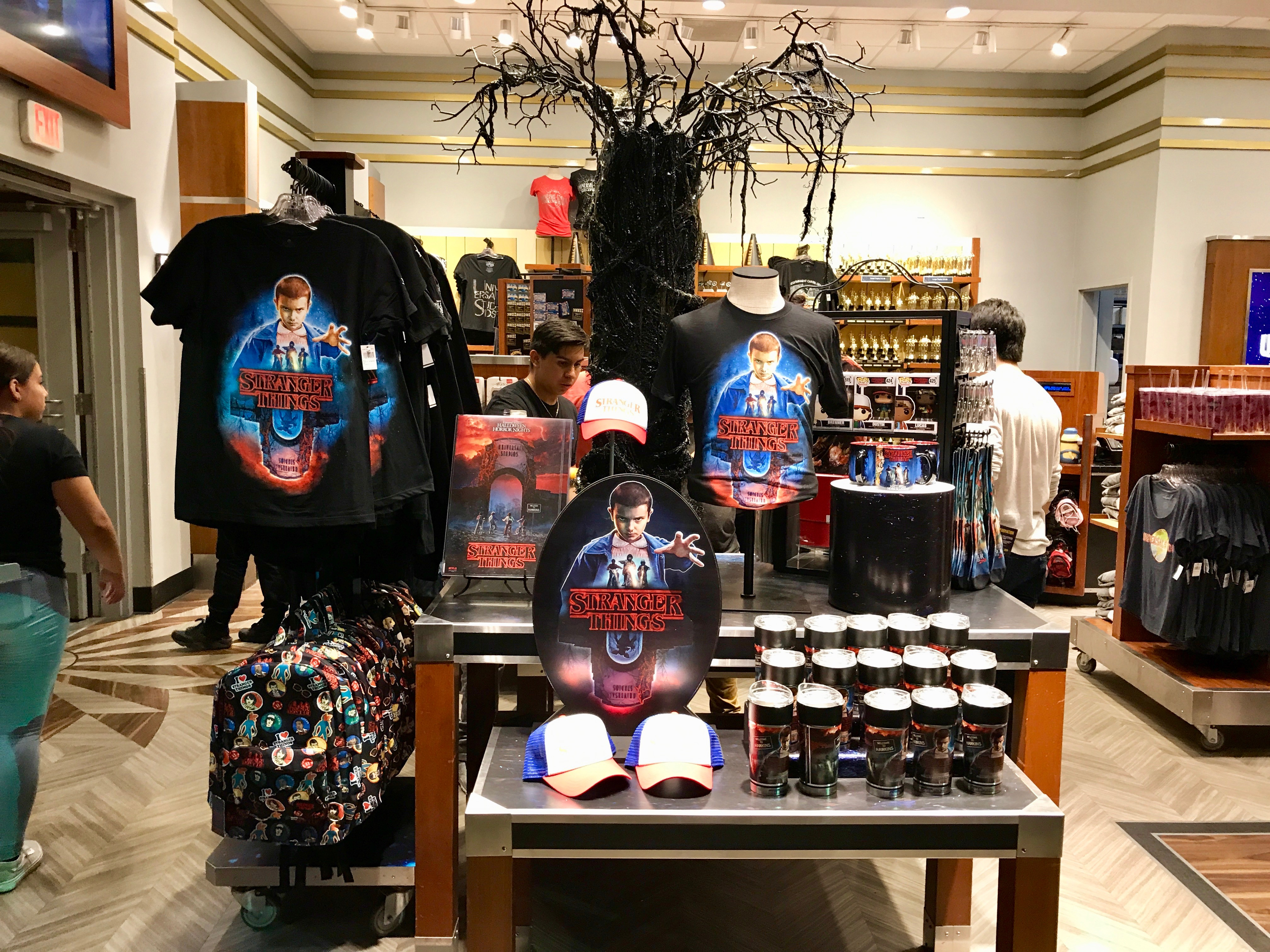 As for the food, typically HHN food is just the normal grab and go fare but this year when they announced themed food offerings I made a point to seek out some of them, but manly one in general – Eleven’s Eggo Extravaganza. This offering was a triple stack of Eggos with whip cream, chocolate chips, jelly beans, and Reese’s Pieces which was a perfect sugar rush to keep me going all night long. 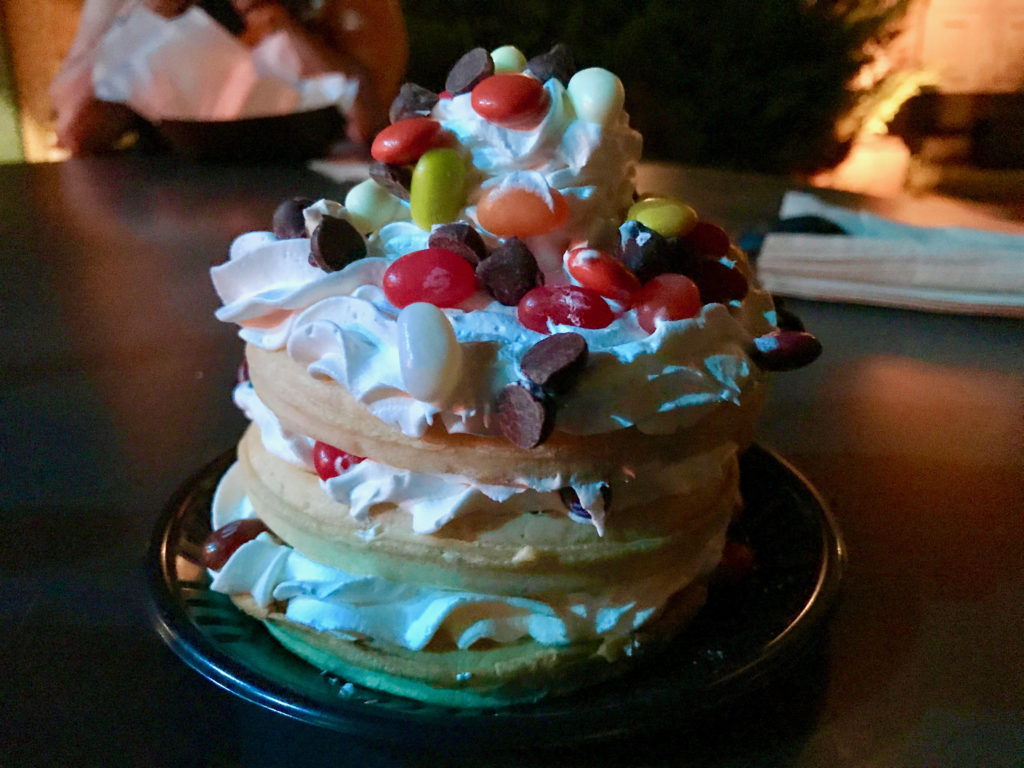 Now that you have gotten a taste of all the mazes and seen some of the other fun at Halloween Horror Nights click HERE and buy your tickets now, this event does sell out and the longer you wait the better chance you have of just sitting at home watching all these movies and shows and not living and screaming through them!