Disney Springs is the place to be if you’re looking for a delicious meal at Walt Disney World and The Polite Pig is the restaurant to choose if you’re looking for some incredible barbecue. The popular dining establishment has recently added some new menu items to their already impressive lineup of tasty offerings and they invited us down to give them a try. 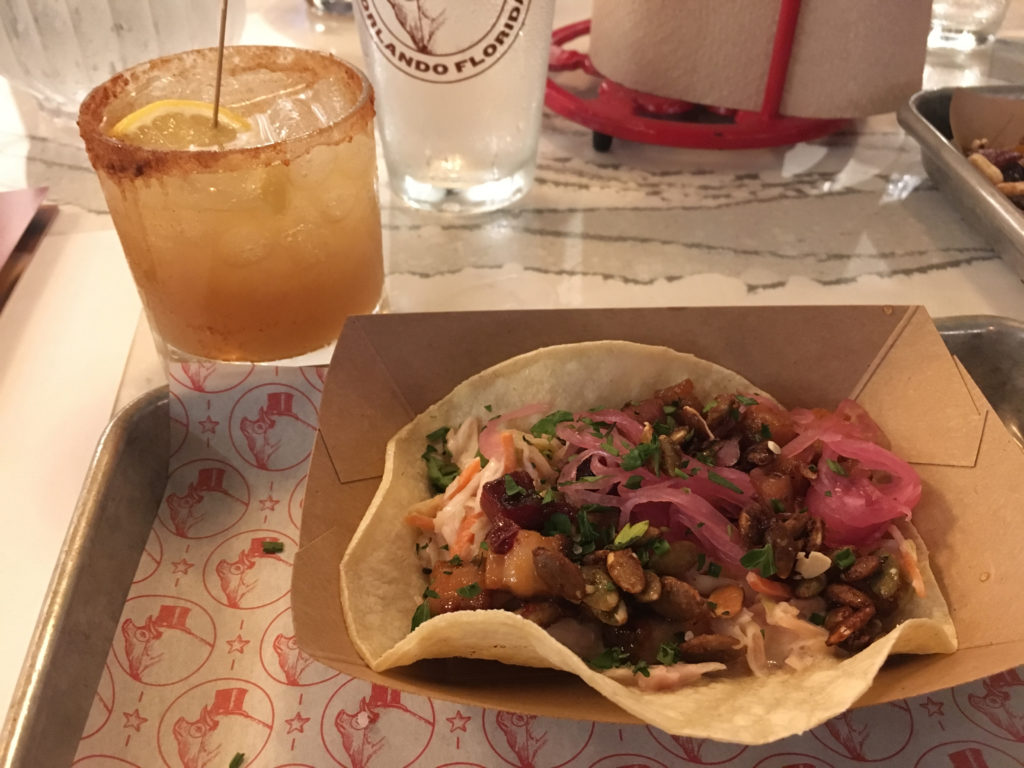 The Fall Harvest Taco is a delicious start to a meal. It’s sweet and tangy and a nice light option at a restaurant that serves very hearty foods. If you’re turned off by the thought of pumpkin in your pork taco, don’t be. The taste of the pumpkin doesn’t come through, but the slaw does give the taco a nice sweet flavor.

The star of the show is the Apple Cider Whiskey Sour. This amazing, flavorful beverage is autumn in a glass. Don’t like whiskey sours? You won’t even know there is whiskey in it. The sweetness of the apple cider and the brown sugar and cinnamon rim makes this drink enjoyable for just about everyone. 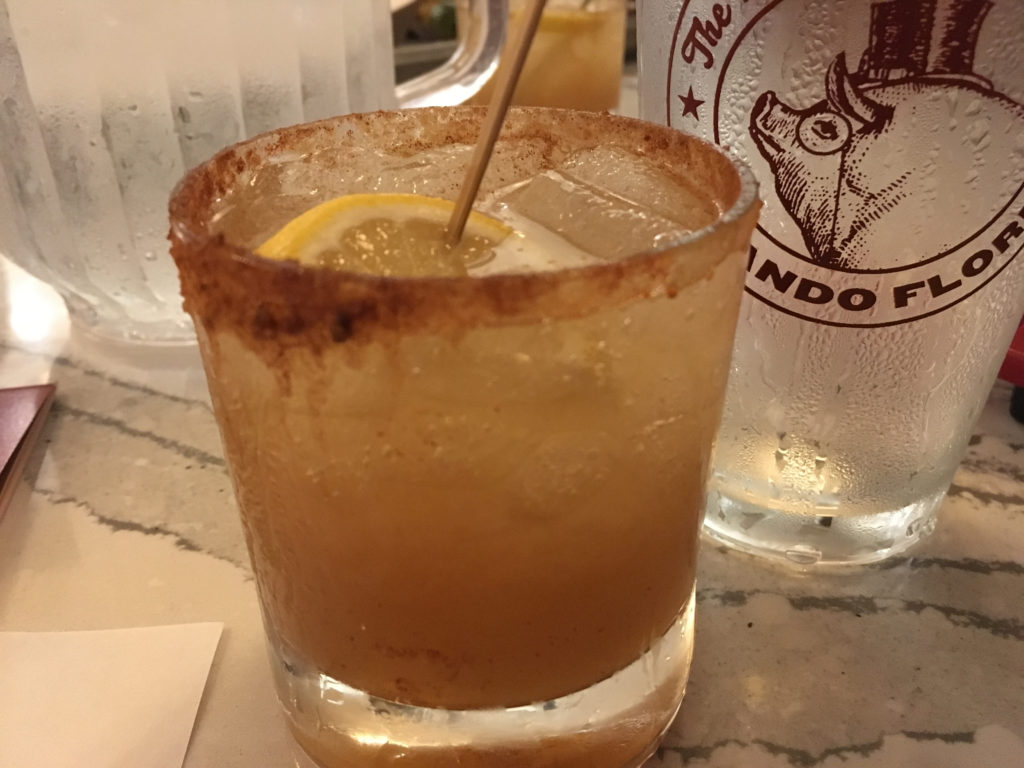 The Polite Pig is also now offering two new whiskeys for those looking to pair a good spirit with their meal.

Elijah Craig Small Batch Kentucky Bourbon Whiskey is a classic bourbon. It’s very light and smooth, making it a nice option for those who don’t typically drink whiskey. Because of its light sweet taste, it pairs very well with the Cedar Plank Salmon.

Whistle Pig 10 Year Straight Rye Whiskey packs a lot more of a punch. It has a very bold, spicy flavor that will really wake up your taste buds. Because of the strong taste, it pairs very well with the equally bold flavors of the USDA Prime Brisket.

Personally, I don’t typically sip whiskey with my meal so I’ll just be sticking with the Apple Cider Whiskey Sour. If you’re looking for some delicious barbecue this fall, head over to The Polite Pig at Disney Springs. For more information on the restaurant and to see their full menu, visit their official website.