My First Impressions on the “Artemis Fowl” Teaser Trailer

August 2019 is eight months away. For fans of the Artemis Fowl book series, that’s still a long time away to see the movie adaptation of their favorite book. The release of the film’s teaser trailer has sparked interest and certainly given fans enough to think about while they pass the weeks and seasons until the movie premieres.

I hadn’t heard of Artemis Fowl until I reviewed the first book in the series for LaughingPlace.com. I was hooked from the opening chapter. The main character, 12-year-old Artemis Fowl, is unique because he is an antihero who will do bad things to achieve his means. Readers can also empathize and connect with Artemis.

Without a doubt, I am eagerly awaiting this movie, and after watching the teaser trailer countless times since it dropped on the Internet, I think I have managed to pull some worthy first impressions from the short view of the coming film.

Surely that is Dame Judi Dench explaining why fairies and goblins have gone underground to avoid human contact. The divergent worlds of humans and the magical creatures have separated as Dench explains, because of human greed. We see the world that Artemis lives in is very much our world, but there is another side that not everyone sees.

Whether they are walking through the back alleys of Vietnam to find a lost fairy or skulking through the night looking to capture Holly Short, Artemis and Butler are side by side, which is perfect. While Artemis is the master and Butler is the servant, they are family, and the undying loyalty that Butler has for Artemis makes his devotion to the pint-sized antihero compelling and not contrite. Butler is there for Artemis, and just catching a small does of Butler fighting off the LEPrecon force that attack Fowl Manor at the 1:37 mark of the trailer convinces me that this extensive climatic battle of the story will not be shortchanged in effects or action. 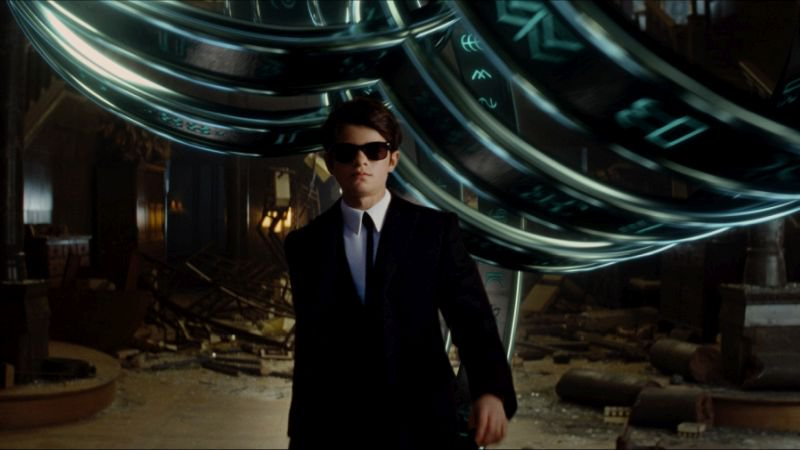 Artemis and Butler are wearing sunglasses in the middle of the day at the 1:37 mark of the trailer, and at nighttime. These glasses are the key to avoiding the magic from the fairy’s and allow Butler and Artemis the upper hand in their battle against the fairies. It’s the little things that can get lost in the translation from page to screen, and it’s great to see such a small item prominent in the first trailer.

The Capture of Holly Short

At the 0:38 mark of the trailer, Butler and Artemis are skulking around in the dark near a giant tree. This scene passes quick and not knowing anything about the story, you might dismiss this shot, but don’t. This is the pivotal scene in the book where Artemis and Butler have tracked down the emergence of a fairy, Holly Short, and captured her in a scene that is described in the book exactly as seen in the trailer. We already see that Artemis and Butler are traveling through the back alleys of someplace foreign most likely Vietnam. In less than two minutes two very crucial parts of book one in the series are shown in the film trailer. I feel like the adaptation will be true to the story.

With any film adaptation of a beloved book series, fans wonder how is the magic of the story is going to be translated to or lost in the filming process. From the teaser trailer alone, we know that three of the most important events that set up the first book in the series are evident through quick shots. Artemis and Butler in the back alleys of Vietnam, Artemis and Butler walking through the fields of Ireland, and then the battle at Fowl Manor. Three important events that make the story of Artemis Fowl so great on the page, appear to be on the screen in this hopefully first of many Fowl movies. How could a fan not be excited for the coming movie?

To cap off the excitement, Kenneth Branagh is directing the movie and with his skill from Cinderella and Thor, as well as Murder on the Orient Express, is the perfect choice to direct this movie.

Ferdia Shaw in his first big role as Artemis Fowl looks perfect. Based on his brief shots in the trailer he seems to carry the mix of antihero that makes Artemis Fowl unique amongst similar book series of this caliber. Artemis Fowl is not another Harry Potter or even Percy Jackson. He’s unique and complicated and the perfect start to a new series of films.

I am excited for this movie, and fans of the book and newcomers to the series should no doubt enjoy this movie. It’s nice to see Disney staking out a spot in August for a new movie. It will help make the transition to fall a little better.