The new animated superhero film is an action-packed adventure that tells a very different Spider-Man story from the ones audiences are used to. With its lovable characters, heartfelt story, unique humor and beautiful animation, fans are sure to be left wanting more.

That’s where Titan Comics comes in. Their release of “Spider-Man: Into the Spider-Verse – The Official Movie Special,” a collector’s guide to the new movie, is the perfect way to get all the Spider-Verse you can handle after seeing the film. 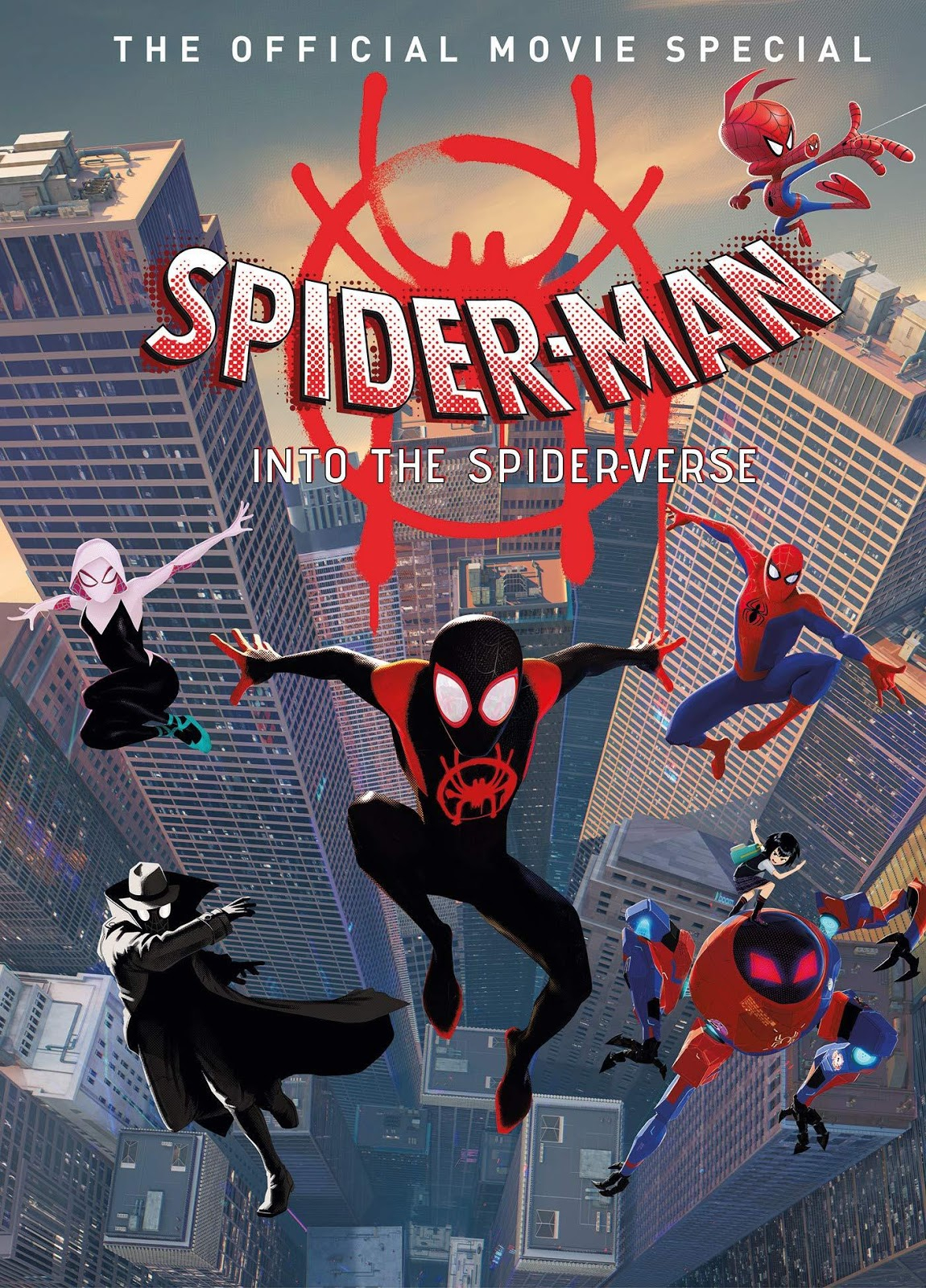 This 95-page guide contains interviews with the makers of the film, a look at how the film was made, an in-depth look at the characters (good and bad) and insight as to how the animation for the film came about.

The “Spinning The Web” portion of the guide features directors Peter Ramsey, Bob Persichetti and Rodney Rothman discussing bringing the story of Miles Morales from the pages of the comics to the big screen.

“We really focused on what seemed rich in Miles Morales’ story and in the world that Brian Michael Bendis built around him,” Rothman says in the guide. “We also wanted to make this store about someone who becomes Spider-Man in a world that already had one.”

This section also provides insight as to the comic book inspiration for the story of the film as well as a look at some of the fantastic artwork that made its way to the screen. Readers will also get a very detailed look at the world of Miles Morales and what the character brings to the table as opposed to the familiar face of Peter Parker. The guide breaks down the character’s powers, family, story and even includes a quote from actor Shameik Moore, who voices the Miles.

As the title of the film suggests though, Miles isn’t the only Spider-Man. The guide provides a detailed look at Peter Parker, Spider-Gwen, Spider-Man Noir, Peni Parker and Spider-Ham. 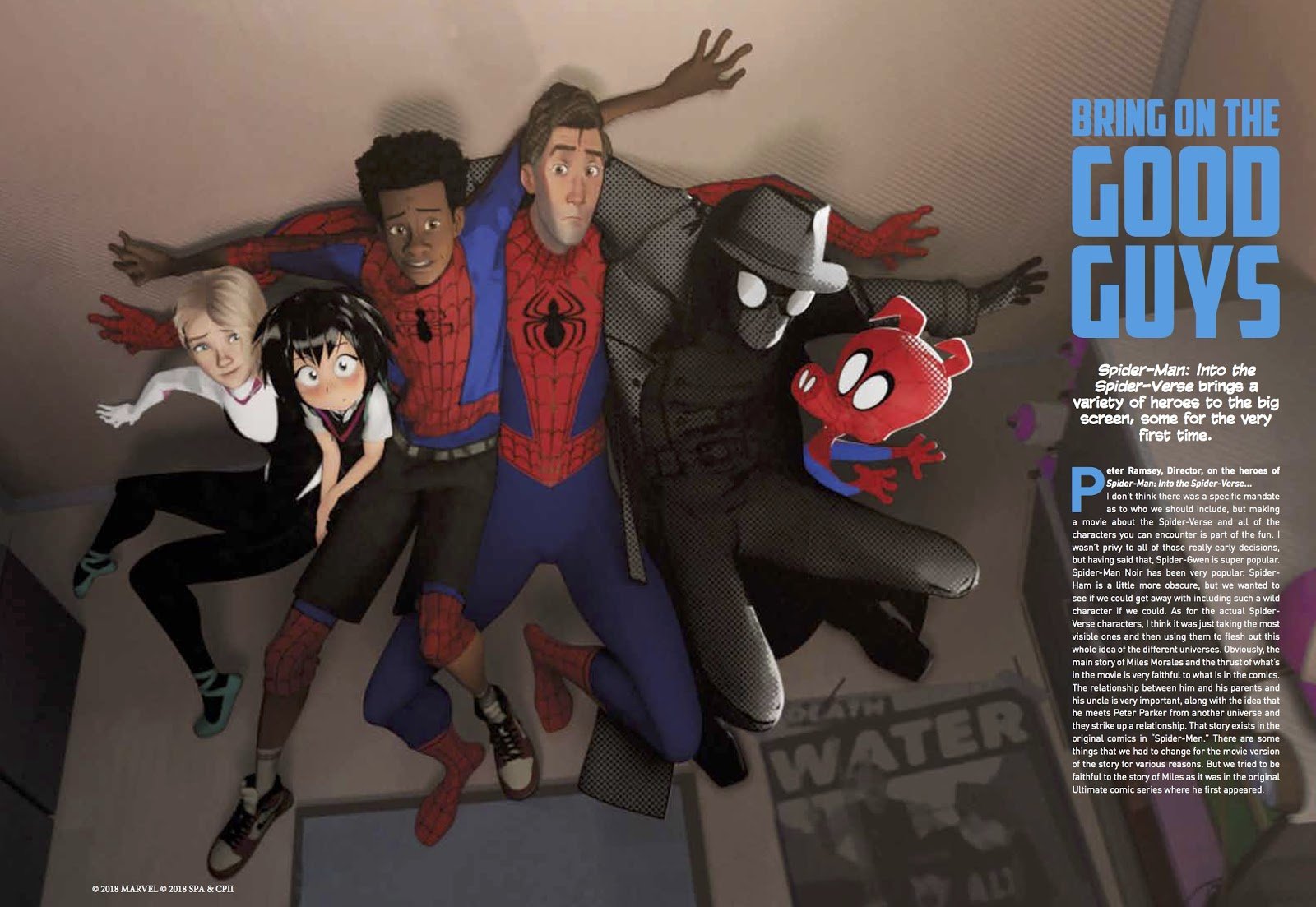 That’s not all though. The guide doesn’t discriminate between heroes and villains. It also provides details on iconic Spider-Man baddies like the Kingpin, Prowler, Green Goblin and more.

It all wraps up with a breakdown of the extensive animation process with the aptly named “Animating the Spider-Verse” portion. This section includes an interview with Senior Animation Supervisor Josh Beveridge, who explains the unique style of the film.

“We have a bold, different visual style to this movie. It took over a year for us to develop that technology,” Beveridge says. “We wanted to try something fresh. This has been a tough project, but we’re hoping it will be a new frontier.”

“Spider-Man: Into the Spider-Verse – The Official Movie Special” provides all kinds of great insight into the movie that might just have launched that “new frontier” Beveridge refers to. With great interviews, character and story breakdowns and of course, more of that stunning artwork, this guide is a must-have for anyone who wants to take a deeper dive into the Spider-Verse.

Titan Comics’ “Spider-Man: Into the Spider-Verse – The Official Movie Special” is available now on Amazon.