Recapping Marvel Day at Sea Aboard the Disney Magic As a huge MCU (Marvel Cinematic Universe) fan, when the “Marvel Day at Sea” was announced last year, it definitely caught my interest. Alas, I was unable to make it. So when they announced the 2019 sailings with the first appearance of Captain Marvel, I knew I had to make it this year. For those who have not had the chance to sail with the Disney Cruise Line, think of the best guest service you have ever experienced at any Disney related location and multiply it by Infinity for 24 hours a day but then add Marvel characters and themed events for almost an entire day. That is the “Marvel Day at Sea.” As you can tell from the “Marvel Day at Sea” Navigator, there were events non-stop all day, starting with a special ticketed meet and greets with Iron Man, Spider-Man, and Black Panther in the D-Lounge and Groot in the Animator’s Palate. These meet and greets were very much like at the parks, with a queue waiting to get a few moments with some of the biggest names in the MCU, but you have to sign up online for a scheduled time.

But other than those four, the other Marvel heroes were all over the place. While some like Thor, Captain America, and Captain Marvel had set locations,  one of my favorite things was walking and running into Star-Lord or Doctor Strange.

But by far the biggest fans on the ship were Mickey and his pals, who did some Marvel Bounding of their own.

I started my day by diving into Marvel Origins, a presentation aimed for some of the newer Marvel fans that deliver deep into the history of Marvel Comics and most of the characters found aboard the ship. By far my favorite event of the day was the “Meet the Marvel Masters” a presentation giving a special glimpse into the inner workings of Marvel and Disney. We were lucky enough to have Brian Crosby, Creative Director, Themed Entertainment for Marvel and a former Disney Imagineer who gave us a preview of some upcoming Marvel Disney Parks projects.

As the day went on there was Marvel trivia (both fun and extra challenging), MCU films showing in both the Buena Vista and Walt Disney Theaters, and “Doctor Strange: Journey into the Mystic Arts” in the Walt Disney Theatre. 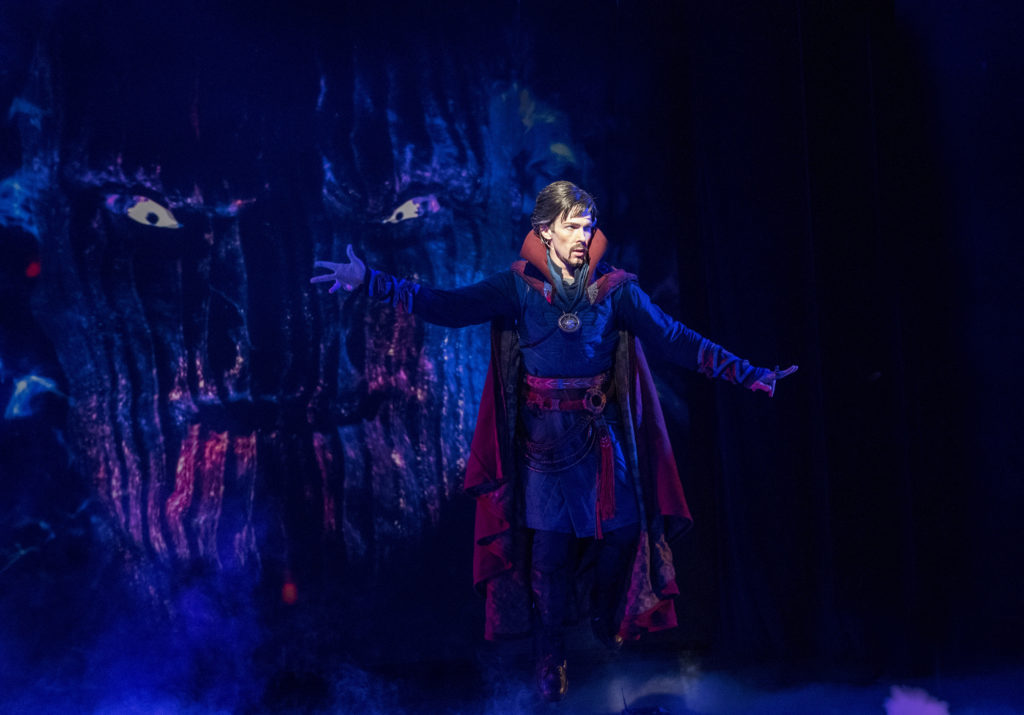 Families join Doctor Strange on a journey of discovery with the sorcerer supreme himself in an interactive new show, “Doctor Strange: Journey into the Mystic Arts” in the Walt Disney Theatre. Children play a special role in the experience, as Doctor Strange calls upon young apprentices to put their skills to the test in an epic battle against the Dark Dimension. Of course, those lucky young sailors have the opportunity to interact with the Doctor Strange and some of the other superheroes not only during Marvel Day at Sea but on all sailing of the Disney Magic as part of the Marvel Super Hero Academy in the Oceaneers Club.

Prior to dinner (which is great for the little ones who can’t stay up that late) is the Mickey and Friends Super Hero Celebration on the main deck that brings all the Marvel Bounding Disney Characters into a fun show for the entire family.

For “Marvel Day at Sea” dinner all the dining locations have the same menu with some amazing Marvel themed options. 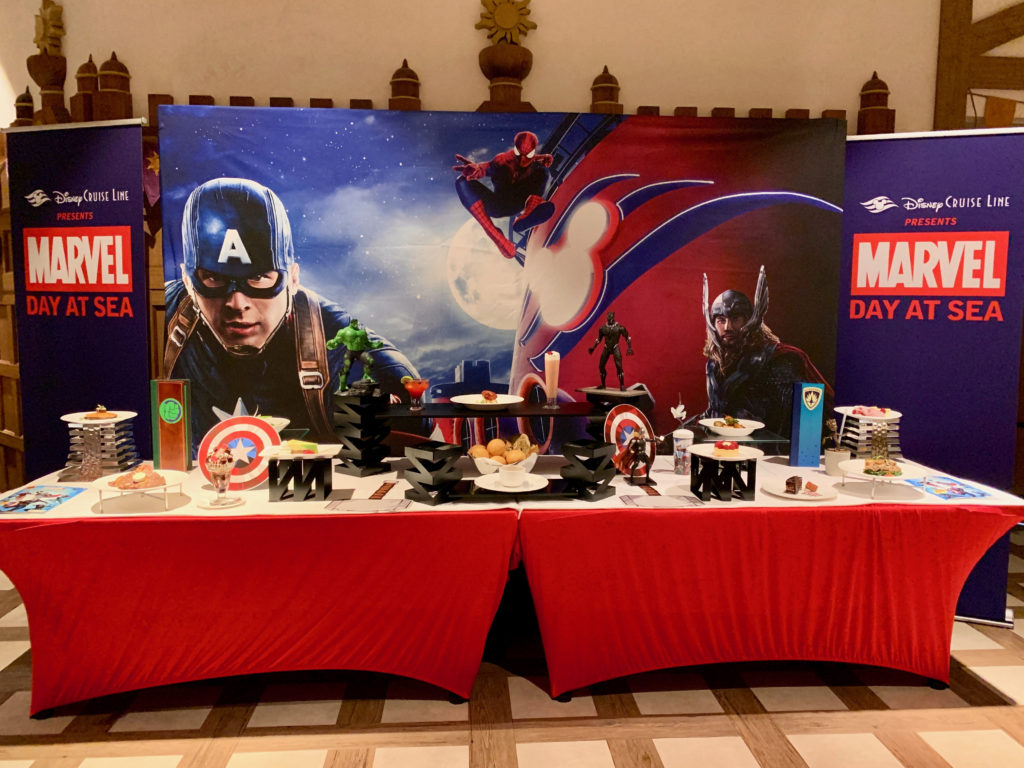 Now, before we get to the highlights of the night, we have to look at some of the merchandise available exclusive for “Marvel Day at Sea.” 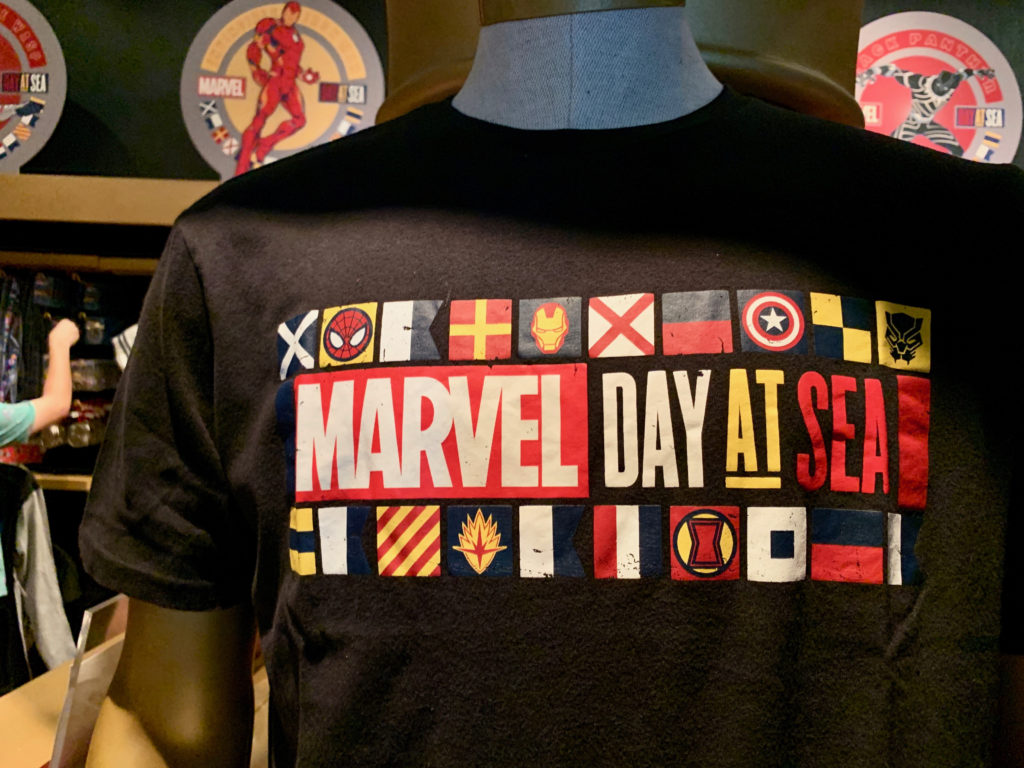 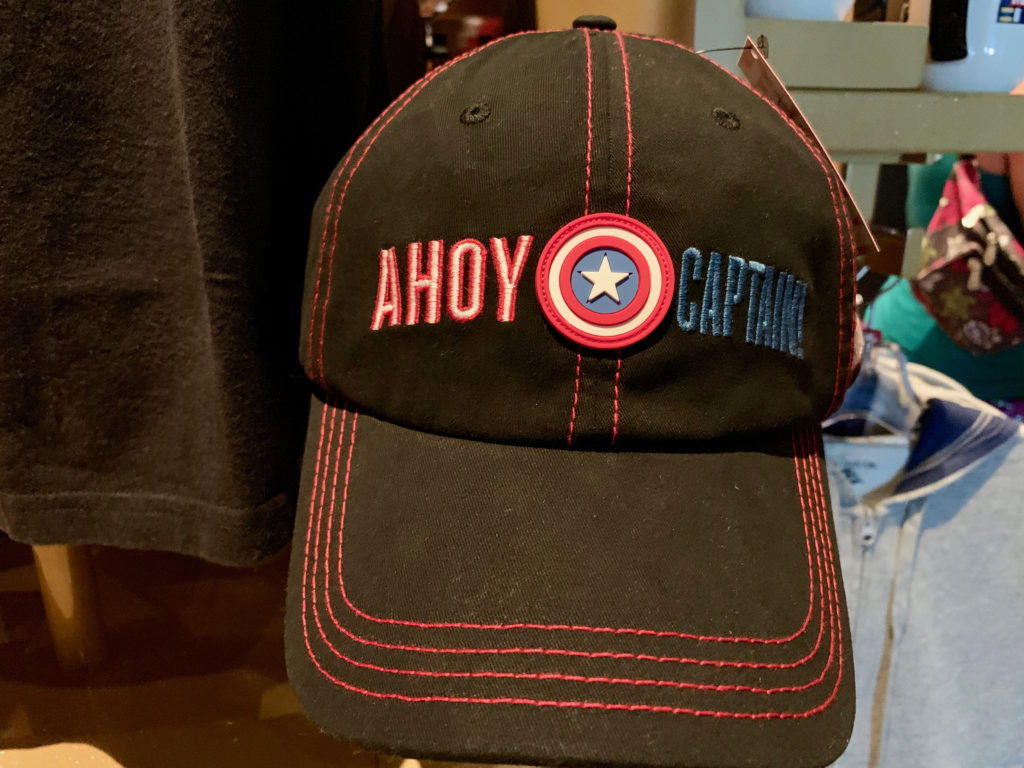 As the night rolled over the Disney Magic, the big events of MDAS really started up. By far, one of the hidden gems had to be the “Star Spangled USO Show” in Fathoms Club. This show really is a throwback to the scenes from Captain America: The First Avenger, where Cap is used as a promotional tool to sell War Bonds with some great live music and a special appearance from the “Star Spangled Man With A Plan.”

Of course, to put the exclamation point on the day is the “Marvel Heroes Unit” deck show that included the first appearance of Captain Marvel in action and, of course, a cameo from the great Stan Lee.

These are just a few of the highlights of this amazing day — there are far more things that we didn’t get a chance to see, so if you hear anyone say “there isn’t enough to do,” they obviously didn’t leave their stateroom. From Animation Academy where guests learn how to draw popular Marvel Super Heroes—like Spider-Man, Captain America, Iron Man and Groot—to the Ravagers Night Club to close out the night. But, back in your stateroom, you will find an MDAS bed runner and a special surprise made out of towels. 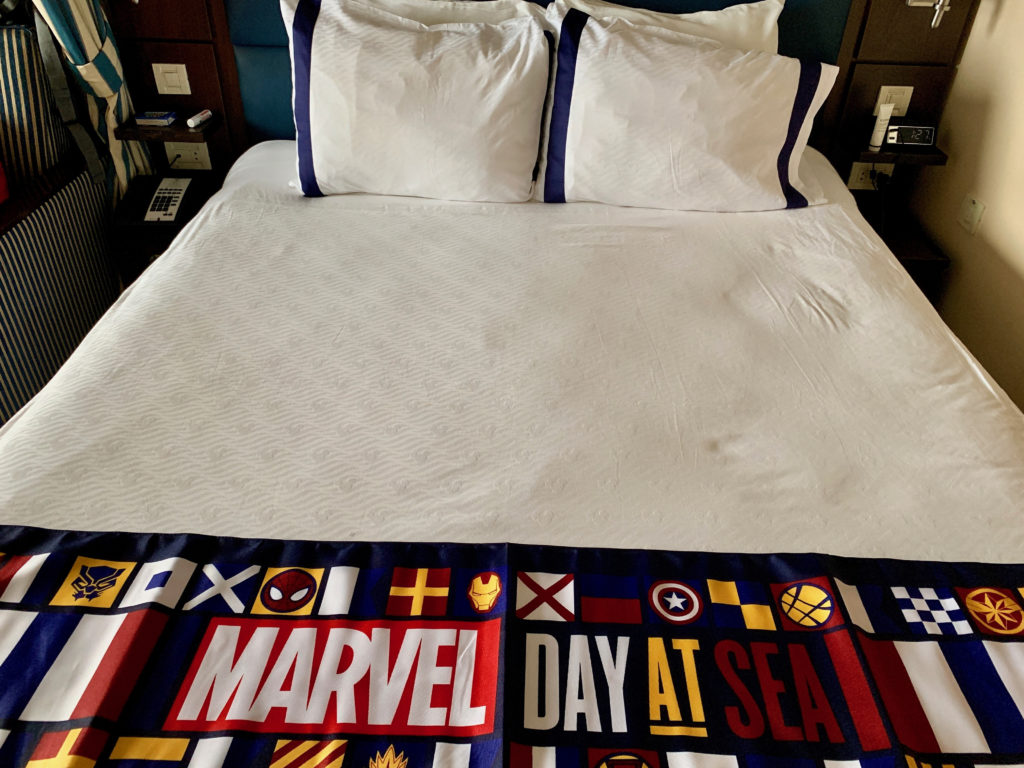 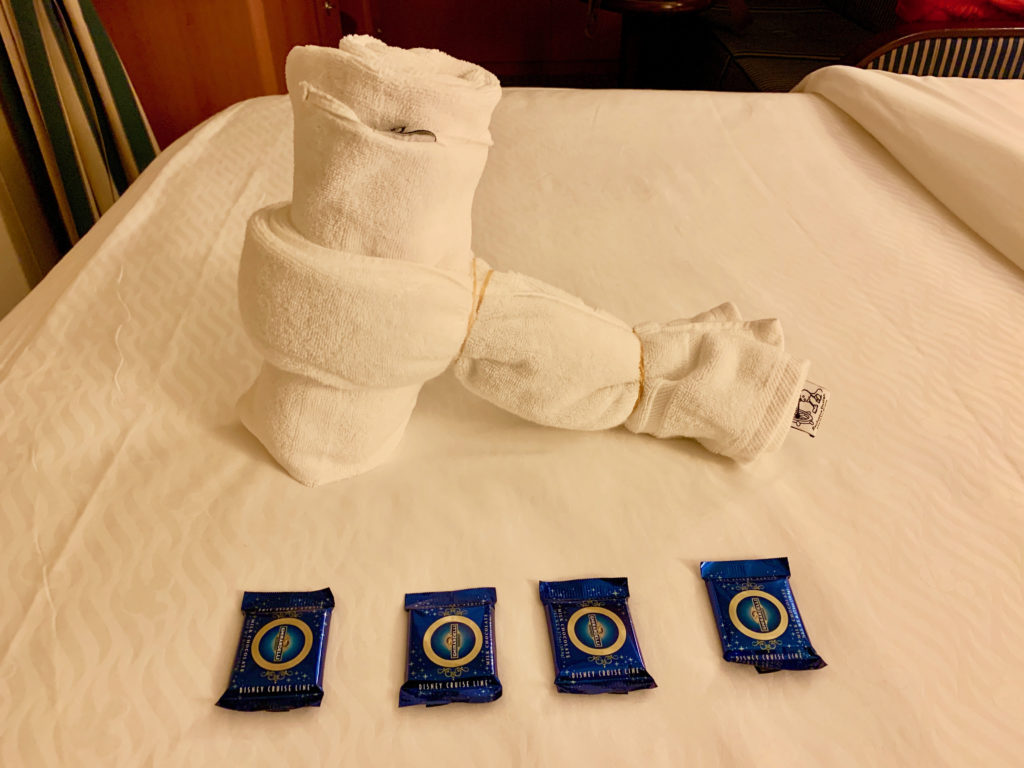 Now you have a few more chances to board the Disney Magic and enjoy the “Marvel Day at Sea” so don’t wait for a snap to happen head HERE to book your cruise while you can.