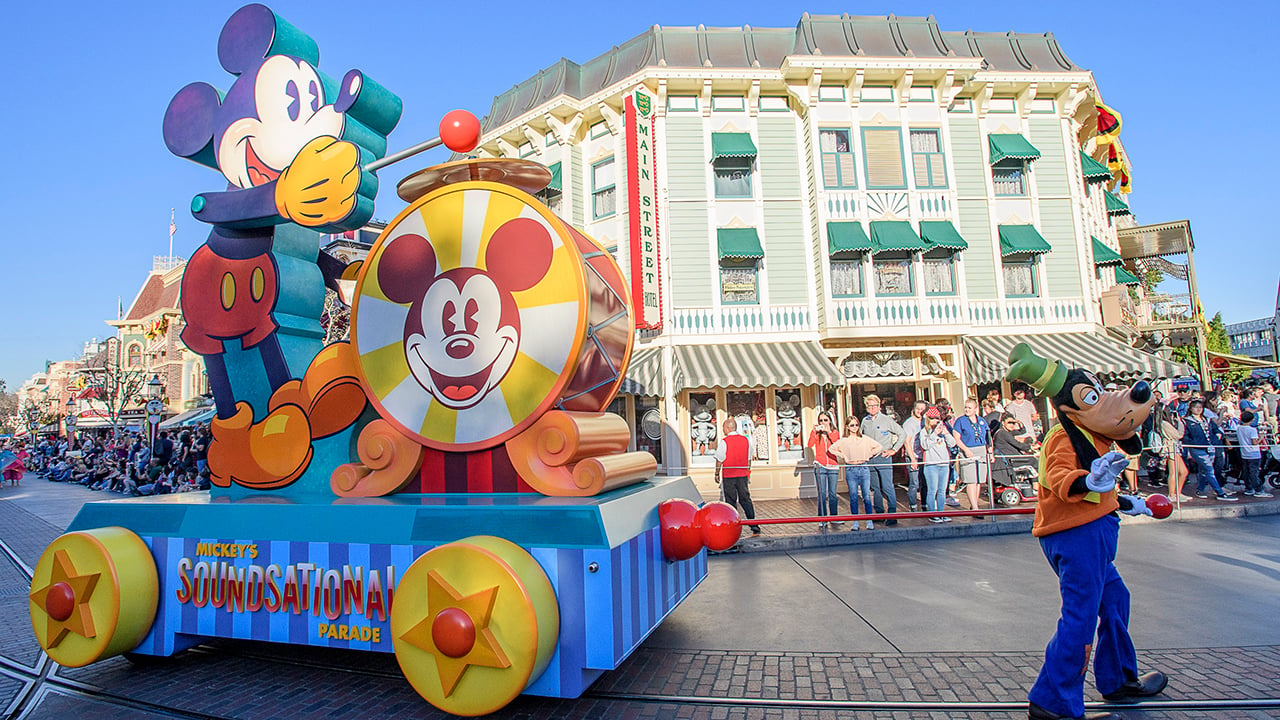 Hey there, hi there, ho there! After a lengthy absence, Mickey’s Soundsational Parade has finally returned to the original Disneyland in Anaheim, California, and it’s brought with it a couple celebratory new floats in honor of Mickey Mouse’s ninetieth birthday and Get Your Ears On – A Mickey and Minnie Celebration, currently taking place around all of Disneyland Resort.

The biggest new float is a redressed unit from Tokyo Disneyland’s “Happiness is Here” parade and is described as “a larger-than-life pull-toy, inspired by the classic and nostalgic Mickey toys,” towed by Goofy along the Disneyland parade route. Preceding that giant Mickey cut-out is an oversized birthday cake dedicated to the world’s most famous mouse couple in commemoration of nine decades since their big-screen debut in “Steamboat Willie.” In the video below, you can check out the full parade as we streamed it live from the park this past Friday evening.

Of course, if you don’t care to sit through the entire parade just to check out the two new floats, I’ve isolated footage of the Mickey pull-toy and birthday cake units in the video below.

Mickey’s Soundsational Parade first made its debut in May of 2011, and is officially described as “whimsical, rhythmical, high-energy procession” that stars many favorite Disney characters. “Wave to Minnie and Pluto as well as familiar faces from Aladdin, The Lion King, The Little Mermaid and more. Costumed musicians, syncopated dancers and spectacular floats follow Mickey’s animated beat, encouraging Guests to sing along.”

Get Your Ears On – A Mickey and Minnie Celebration is underway now at Disneyland Resort, with no announced end date just yet. For more information and advance ticketing options, be sure to visit Disneyland’s official website.