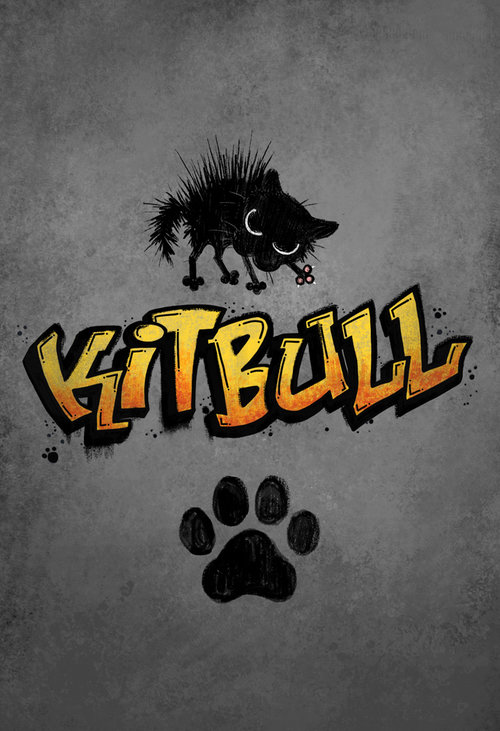 Pixar has never been known for 2D animation, but they certainly aren’t strangers to it. Your Friend the Rat debuted with the DVD release of Ratatouille, so it’s not unheard of. However, you don’t expect it from the studio that popularized CG, which is why the SparkShort Kitbull instantly stands apart for its visual aesthetic.

In many ways, the style of this short reminds me of Studio Ghibli’s My Neighbors the Yamadas, which had a constantly “Keep alive” style to the animation where character lines never stopped moving, even when they were at rest. It also trades traditionally cute and fluffy animals for stylized versions that are so ugly they’re cute, if that makes any sense.

From a thematic standpoint, however, Kitbull is a message film that is aimed directly at adult viewers. Kids will have lots of questions and I recommend that parents view it first before deciding to share it with their children. It’s a surprising trend that carries over from the previous Pixar SparkShorts films where they aren’t exactly family friendly, despire the Luxo Ball in the logo.

The story starts with a stray cat who has made a home for itself in a cardboard box in a cluttered backyard in San Francisco. When a pit bull puppy arrives, the cat is weary of going near it, but they bond over a game of toss the bottle cap. But when the dog reaches maturity, it frequently returns to the yard limping and crying, with deep scratches all over its body. The cat becomes an unlikely source of comfort for the abused animal, literally licking the dogs wounds while it rests for the next fight.

Yes, you WILL cry watching Kitbull. This short highlights the insane cruelty of dog fighting juxtaposed against the fact that dogs are incredible creatures that humans don’t deserve (and sometimes cats aren’t terrible, too). The dogfighting always happens off screen, but that doesn’t make it any less hard to watch. The best word to sum up the entire short is “Heartbreaking.”

Like the other Pixar SparkShorts, Kitbull has a PG rating. The confusing thing for parents is that it’s common for family friendly films and animated features to receive the same rating, but few get as graphic or heartbreaking as this one. Frozen, for example, carries the same rating from the MPAA with no objectionable content.

Kitbull is the first SparkShorts project that I fell in love with. If any of them are destined for Oscar praise, this is the one. It’s bold and daring, not only in its visual style but also in the way it tells its story. The short will debut on YouTube on February 18th, have tissues handy.