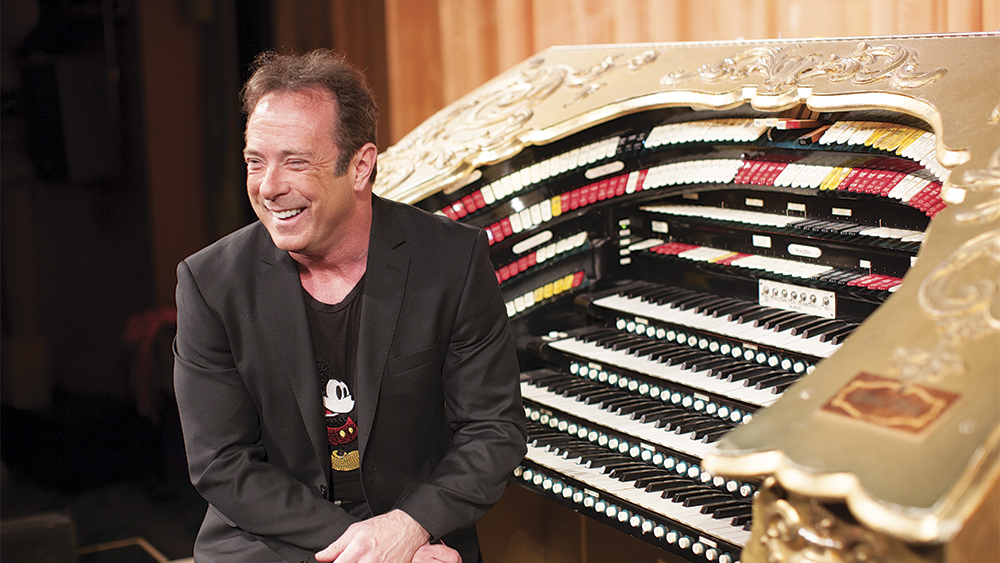 Since 1999, skilled musician Rob Richards has been the House Organist at the Disney-run El Capitan Theatre in Hollywood, amassing over eight thousand individual performances and countless fans in the Southern California movie-loving community. Before many shows at El Capitan, Richards will play an extended medley of familiar Disney music, usually thematically tied in to the specific season or film exhibition at the theater

This past Tuesday night, however, Rob Richards received a special honor at El Capitan in celebration of his twentieth anniversary at the venue: his very own three-hour concert, wherein he compiled and performed his favorite Disney tunes alongside some hand-picked classical pieces and other works chosen as close to him personally.

This evening we’re at @ElCapitanThtre in Hollywood for organist Rob Richards’ “To @Disney with Love” concert. Exciting! pic.twitter.com/0G3QcAd1vR

Throughout the evening, Richards was intermittently joined onstage by voice actress Bonnie Gordon (Street Fighter V, Shield of Tomorrow) and acclaimed Nashville pianist Alex Zsolt as they accompanied him to present numbers like “Baby Mine” from Disney’s Dumbo, “Part of Your World” from The Little Mermaid, and two full-fledged tributes to frequent Walt Disney collaborators The Sherman Brothers, whose output included the beloved songs from Mary Poppins and several notable numbers from the Disney theme parks.

?About last night – The #elcapitantheatre was filled with the beautiful music of house organist Rob Richards with special guests Bonnie Gordon and Alex Zsolt! ? pic.twitter.com/W98Ecb3Y80

It wasn’t an exclusively Disney-only event, however, as selections like the score from Andrew Lloyd Webber’s Broadway musical Phantom of the Opera and George Frideric Handel’s “Hallelujah Chorus” helped bring some variety into the proceedings. But the absolute highlight of the evening was Richards’ live pipe organ accompaniment to the innovative Disney animated Mickey Mouse short Get a Horse!, which originally ran with Frozen at El Capitan and other theaters around the world. El Capitan Theatre’s grand Wurlitzer organ is truly a marvel to behold, and hearing a talented entertainer like Rob Richards elicit magnificent music out of such an imposing instrument is always a treat. Local Los Angeles-area Disney fans get to experience that thrill fairly frequently when they attend film screenings at El Capitan, but it was nice to devote an entire recital to the magic of Richards’ keyboard prowess and the thunderous melodies that emanate from the more than 2500 pipes, bells, and whistles hidden behind the theater walls.

It’s no wonder Rob Richards was named the 2005 Organist of the Year by the American Theater Organ Society, has been publicly acclaimed by Hollywood trade publication Variety, noted film critic Leonard Maltin, and his idols The Sherman Brothers themselves.

For more information on El Capitan Theatre (and to purchase advance tickets to future events) be sure to visit its official website.