It may be hard to believe but this year marks 30 years since Disney’s The Little Mermaid first hit theatres. To mark the occasion, a Walt Disney Signature Collection edition of the film has just been released on Blu-ray and 4K Ultra HD. We recently had a chance to chat with Disney Legend Jodi Benson who voiced Ariel not only in the original movie but has also reprised her role in subsequent projects, including last year’s Ralph Breaks the Internet. Here’s what she had to say about the milestone anniversary, the film’s success, and mu

Laughing Place: So congratulations on 30 years of The Little Mermaid

Jodi Benson: Thank you. We are so excited.

LP: Obviously we'll talk about your role in the film and what that was like, but I just want to start talking about that new bonus feature you have with you, Alan Menken, and the other Disney luminaries sitting around the piano. What was it like to film that?

JB: Oh, it was incredible. It was so much fun. A lot of us are friends. We've been friends for a long time. Paige and I have been friends for, gosh, I think it's 39 years. Donna Murphy and I have been friends since the early '80s. We were roommates together on one tour of a show … So we've all been friends so long before Disney … And I hadn't seen a few of them in a really long time, so it was a big old reunion for us. And catching up on our husbands, our kids, Lillias’s grandkids. And shedding some tears and memories that we've had together was just glorious. And then our son, McKinley, was there filming a behind the scenes, as well, for Mermaid's 30th anniversary for another venue of media. And so he's interviewing all of them, talking about his mom. And it was just very surreal that whole day. It was just like an emotional rollercoaster, but we had so much fun together, I didn't want it to end.

LP: Yeah, well, if you guys ever decide to take that tour on the road, let me know, because I'll be the first to buy a ticket.

LP: Going back to when you voiced the role, The Little Mermaid was really the start of that whole revival era. Did you realize when you were making it that this was something different than Disney had done for the last some odd years?

JB: Right. Yeah, I had no idea. I literally I didn't. I knew nothing about Disney, as far as watching the movies growing up. But, I was doing a Broadway show, flying back and forth and I just thought, "I'm going to do this job, and it's going to disappear. And they'll run the credits at the end. And I hope it goes well." I mean Howard was just, I just had worked with him on Smile, so he was so nice to let all the girls audition for it, because our show closed so suddenly. He felt sorry for us. I think Disney was like, "Well, just find us some Broadway people that can sing and act, and we'll audition them." And so he did and a year later, I got the job. It just was a huge surprise.

But, again, it was just going to be this quiet little thing that no one was really going to know about. And all of a sudden, right before, I caught wind of, "Something's going on here, because they're sending me on a press tour and they're announcing who I am. And this is really weird." I had no idea what was about to happen.

And all of a sudden, we're hearing that it's just changing … and I knew Disney animation was off the lot, because I was going over to Flower Street and Glendale to meet Glen Keane to go over tapes and stuff like that and see his sketches. And I knew that animation was not in a great place. But I had no idea this was going to change the face of animation forever, historically, and send us into the second golden age of animation, as far as the Renaissance … So that just probably made it even more of a wonderful event, because it was a surprise, with no expectations. 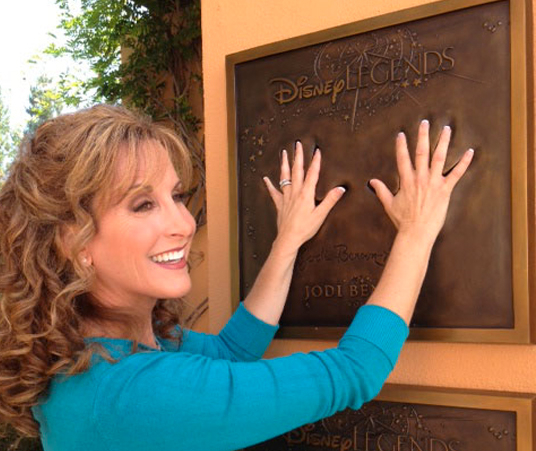 LP: You brought up Glen Keane. In animation, when it comes down to the performances, you marry the voice performance and the animation performance. Did you have any sort of relationship with Glen on collaborating?

JB: Yes. I lived with he and his wife for four months. Yeah, we became really good friends. He was amazing. The first day that we met, he was videotaping and sketching while I was recording and we got to hit it off right away. We actually had a mutual friend through a Bible study, so I had already heard about he and Linda through our mutual friends and just loved getting to hang out with him and hear from his mouth that, "This character did not come alive until you walked in the studio, Jodi." And to hear that and to know that the voice was such an intrical part.

So we hung out together with the family, his wife, my husband and I. And then, through a course of events after Mermaid opened, my husband and I were separating at the time, and Glen and Linda were so kind. And they took me in and I lived with them in their home. I babysat their kids, took care of their dog. And he was sketching up a storm on all sorts of different movies in his studio. And he was an integral part, he and his wife, for Ray and I getting back together again through counseling, through another set of mutual friends. And yeah, so Glen and Linda are a big part of our lives. Again, who would've ever guessed that? How God designed that?

LP: So you're known for playing sweet characters, whether it's Ariel, Lady, Barbie. In Little Mermaid, I think people forget, you also played Vanessa, which was Ursula in disguise. How much thought did you put into that?

JB: That was lots and lots of fun, because I got to just imitate Pat Carroll. So I love that. I love the fact that they just let me listen to her cackle and listen to her voice tracks. I was like, "Just let me hear what she is." Because, basically, I'm just imitating her with the Ariel spin on top of it. So, yeah, that was really fun. I enjoyed that very much.

LP: So The Little Mermaid has lived, obviously, beyond the original film. You did an animated series, the direct-to-video stuff. Is there any sort of project that The Little Mermaid led you to that you have a particular fondness for?

JB: Oh, yes, yes, yes. Well actually doing the prequel and the sequel were super fun for Mermaid, direct-to-DVD. Really had fun being able to go back in time with her, with new music and songs. That was really fun. And then doing the sequel where she becomes a mother to Melody and that music. So aging my voice and changing the age and changing the interpretation of the character, I really loved going backwards and then going ahead in time. That was really fun. 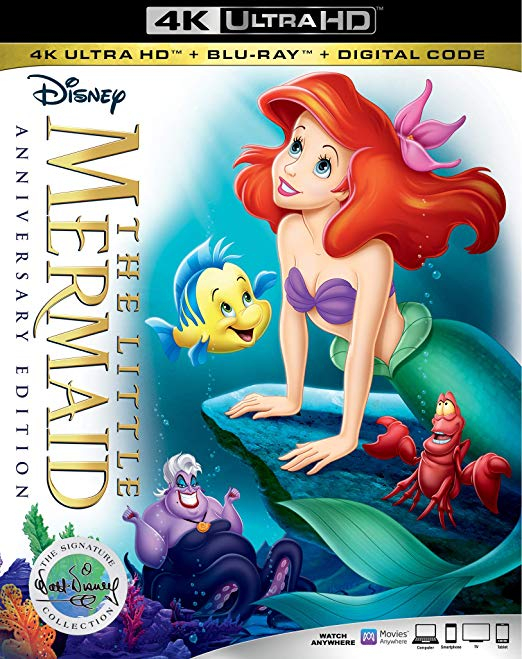 LP: Well, thank you very much, Jodi. You had a big year — congratulations on the success.

JB: Oh, well thank you so much.