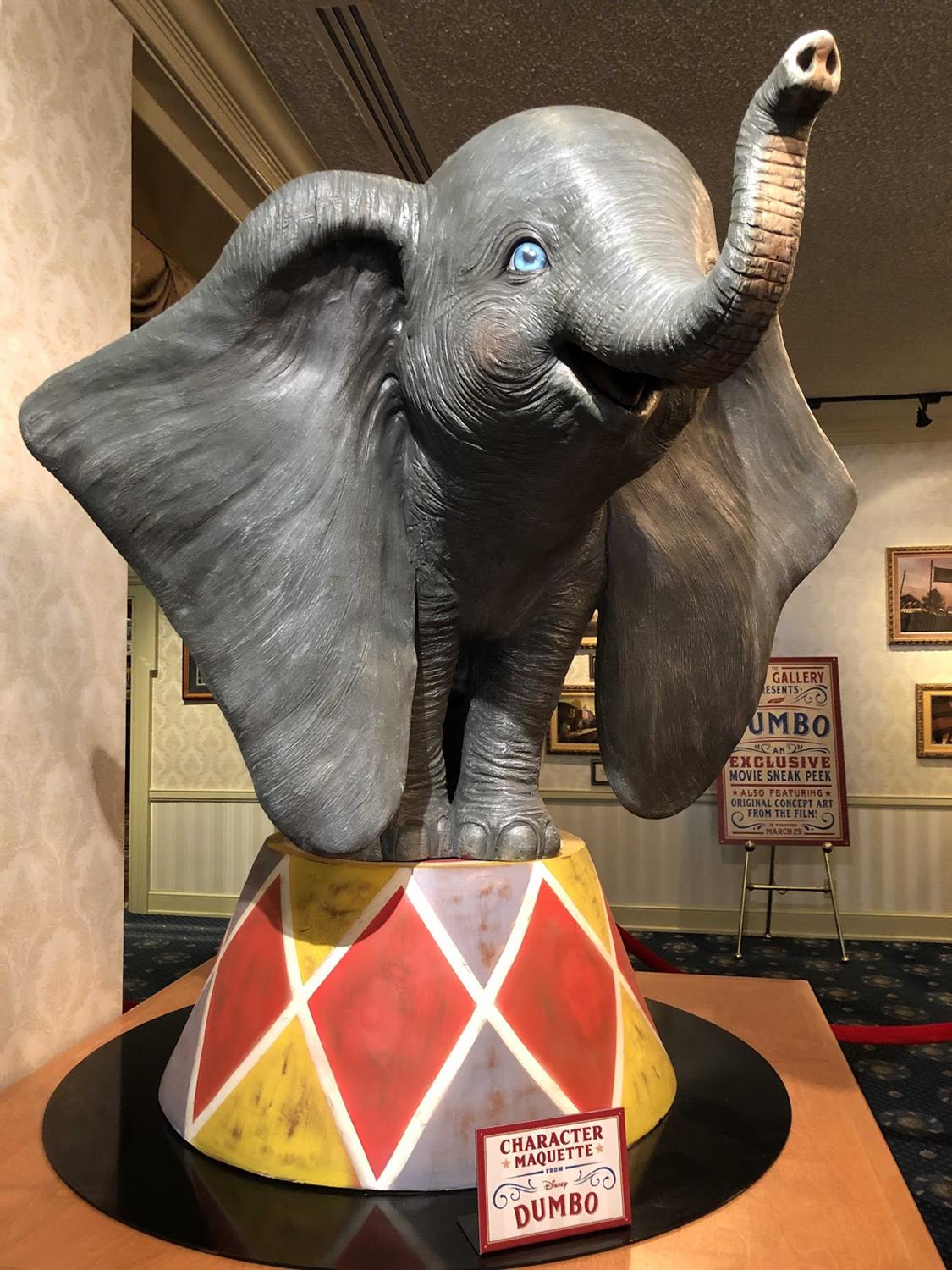 Over this past weekend, much ballyhoo was made over Disney’s Dumbo reimagining director Tim Burton’s visit to Disneyland. But up until late last week, we didn’t get a chance to actually explore the new Dumbo Exclusive Movie Sneak Peek in Disneyland’s Main Street Opera House.

The Dumbo sneak peek opened with an event for Annual Passholders on the prior Thursday, then began welcoming regular guests during the first weekend of March in the space that is ordinarily home to Great Moments with Mr. Lincoln at the Happiest Place on Earth.

Among the items on display in the Opera House for this exclusive sneak peek are Dumbo concept art pieces detailing the world of the movie, including the design of the Medici Bros. Circus and the faux theme park named Dreamland, owned by Michael Keaton’s character V.A. Vandavere. Some of Dreamland’s attractions are eerily reminiscent of those you might find around real-life Disney Parks.

Also available for guest viewing is a life-size maquette of Dumbo himself, perched on a circus pedestal and looking ready to take flight. And elsewhere in the display are Keaton’s and costar Eva Green’s costumes from the film, plus a photo of Burton aboard the Casey Jr. Circus Train.

Those interested in learning more about the movie can then watch trailers and interviews with the cast and creative team in the Opera House lobby, followed by an eight-minute preview of footage in the Mr. Lincoln auditorium.

Guests can watch #Dumbo trailers in the lobby before heading into the Opera House auditorium for the 8-minute preview. #Disneyland @DisneylandToday pic.twitter.com/s2D0zkK95Y

Previously in recent memory, the Main Street Opera House has hosted a similar props and costume display for Mary Poppins Returns, an exhibit on Walt Disney’s love of steam trains, and a history of the Enchanted Tiki Room.