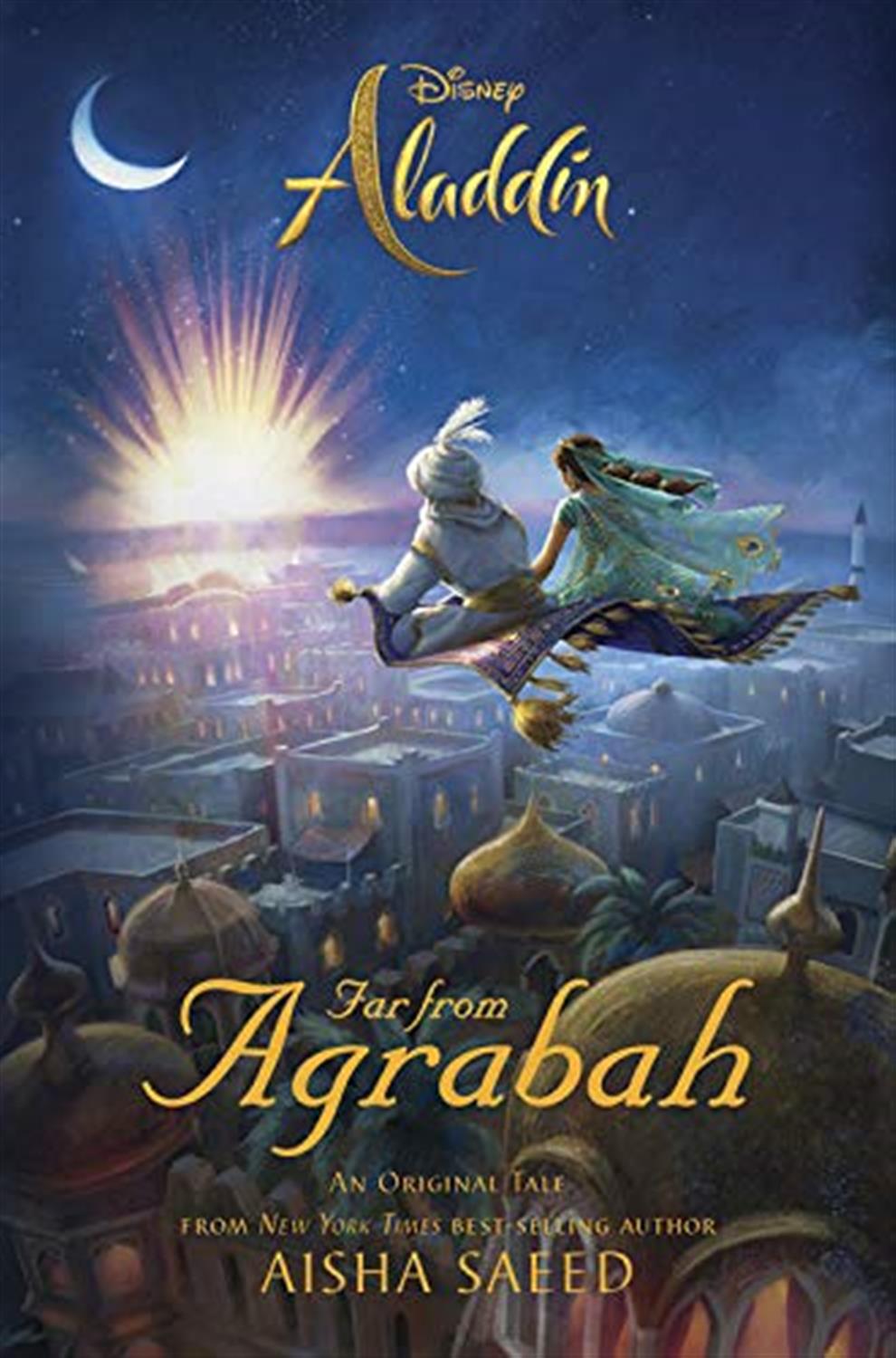 Disney’s live action retelling of Aladdin flies into theaters on May 24th and fans can get an early glimpse at what this remake has in store through a tie-in novel called Aladdin: Far From Agrabah. This is not a novelization, instead giving readers an original story that takes place during the events of the film. Hop aboard your magic carpet and fly straight into adventure with this fun read for the young and young at heart.

The story assumes that you have seen Aladdin before, whether it’s the 1992 animated classic or the upcoming live action adaptation. I was easily able to use my knowledge of the film I grew up with to understand the context of this story, while also picking out some of the differences. Of note, Jasmine is a much more complex character who is ready and willing to rule Agrabah, but is held back due to her gender. Genie’s dialogue is also quite different from the incomparable Robin Williams, which is to be expected.

We find Aladdin and Jasmine at the Agrabah palace, with Jasmine refusing the efforts of her latest suitor, Prince Ali. Having studied maps of the world all her life, Jasmine is intrigued by Ali’s offer of a magic carpet ride to see the world. But when she asks to see his kingdom of Ababwa, things get a little tricky.

In this “in-betweenquel,” Aladdin convinces Genie that since he made him a prince of a fictional land, he needs to create Ababwa in order to convince Jasmine that he’s a real prince. The wish granter uses Aladdin’s dreams and memories to create a kingdom for him that is full of things from his past. But the real emotional weight of the story is not that he gets to revisit the memories of his deceased mother and father, but that Jasmine gets to help him lead his “People” and prove herself as a wise and caring leader.

As intriguing as the main premise is, there is one problem with Genie’s plan. A villainous drifter saw the kingdom of Ababwa magically appear and plans to steal the magic carpet for himself. The carpet is Aladdin and Jasmine’s only way in and out of Ababwa and if they don’t stop him, they will be stuck there forever.

I really enjoyed this original tale by Aisha Saeed and the premise is full of intrigue. It was fun to get to know Aladdin and Jasmine’s past a little more and to find them connecting and learning from each other through more than just a really romantic high flying date. The third act falls apart a little bit, especially when Aladdin and Jasmine risk their lives to save fictitious people. But if you’re looking forward to the upcoming film, this novel is a great way to build up your own excitement and anticipation.

Aladdin: Far From Agrabah offers a taste of what’s to come with Guy Ritchie’s adaptation of Aladdin, but is mostly on original story starring the main characters. It was easy for me to buy into this tale because I grew up on the original film, which lead to an action-packed animated series and two direct to video sequels, all of which excited me as a child. Settle into your comfy corner with this book and prepare for another “Arabian Night.”