The most talked-about moment of the event was undeniably the very first appearance of Iron Man as a meetable character in a U.S. Disney park. As expected, Tony Stark was the hit of the celebration as he emerged to chat with fans and pose for pictures.

Her Universe creator Ashley Eckstein signed merchandise for fans in the Collector’s Warehouse gift shop, and later led an impressive Costume Cavalcade down the Disney California Adventure parade route, before posing for an epic photo in front of Paradise Bay. 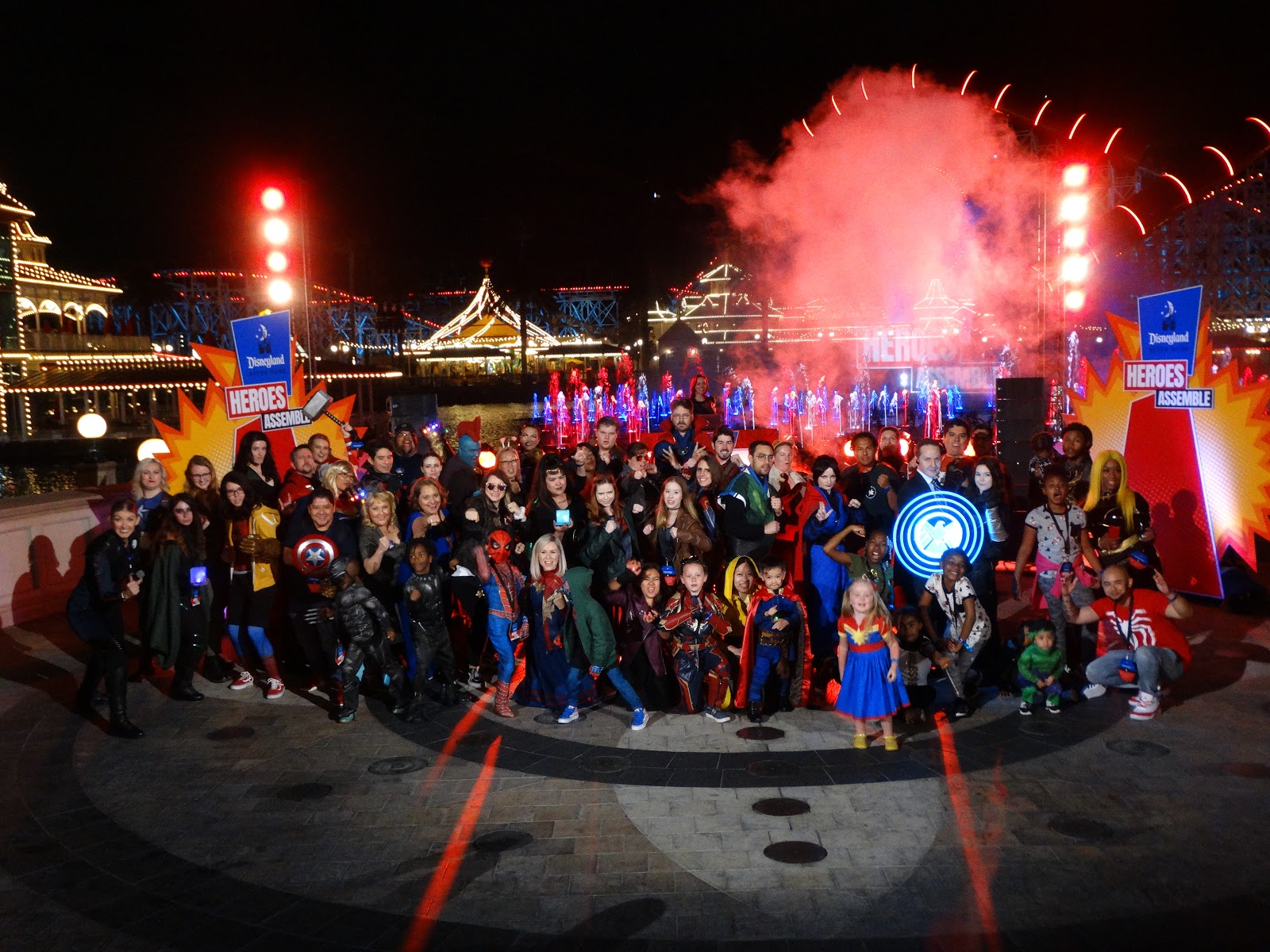 One of the most interesting and engaging activities presented for Disneyland After Dark: Heroes Assemble was the “Top Secret S.H.I.E.L.D. Recruitment Mission” scavenger hunt, which took guests around the entire park in search of letters hidden in and around the architecture. Once unscrambled, the letters spelled out a secret code word that gave participants access to a Tony Stark / Iron Man trading card and another cool photo op.

If you complete this scavenger hunt before the evening is over, you get one final trading card to go with this set! #DisneylandAfterDark #HeroesAssemble @DisneylandToday pic.twitter.com/8T2f6QgnNP

I completed the scavenger hunt and got this #IronMan card as a reward. Not going to give away the answer here! #DisneylandAfterDark #HeroesAssemble m pic.twitter.com/YSaLHgo1GI

The other must-have treat of the night was the assortment of six new Churro flavors, each themed to one of the Infinity Stones: Reality, Power, Time, Space, Mind, and Soul. Much like the stones in the MCU, the Churros carts were scattered around the various lands at DCA, and guests would have to put in quite an effort walking the park and waiting in line to collect all of them. But if they did… ultimate power awaited!

It’s always fun to get to experience one of the world-famous theme parks at Disneyland Resort in a brand new way, and the Disneyland After Dark after-hours series has provided that thrill numerous times over since it was first launched in early 2018. It also goes without saying that Heroes Assemble was a wonderful way to commemorate the excitement behind Avengers: Endgame finally hitting theaters, and everything to come in the future from Marvel and Disney Parks! For more information about tonight’s event, be sure to visit Disneyland’s official website.