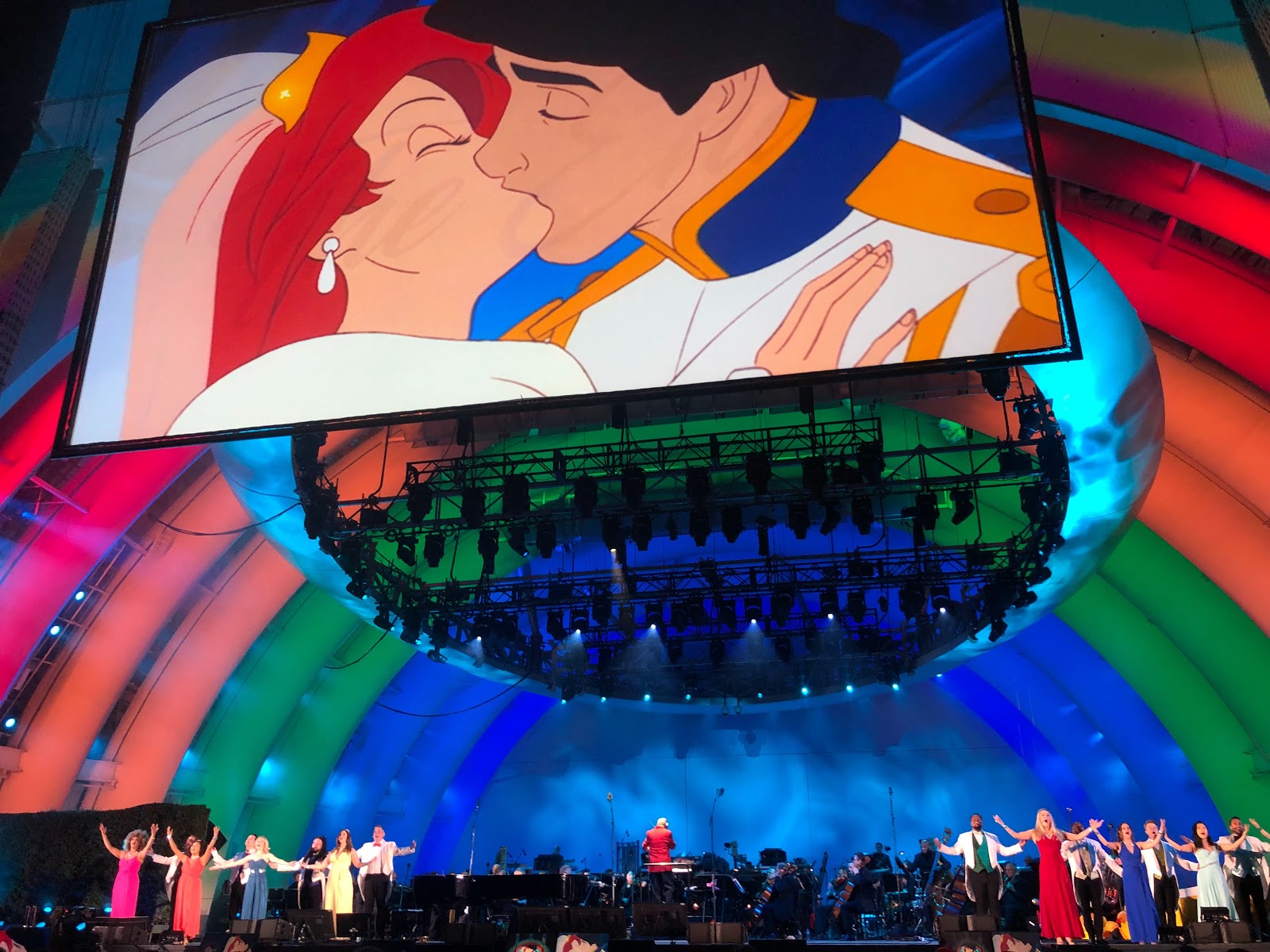 Thirty years ago this November, Walt Disney Animation Studios delivered into theaters what would become one of the most beloved movie musicals of all time: The Little Mermaid. And this past weekend at the Hollywood Bowl in Los Angeles, a group of contemporary celebrities performed onstage backed by a full orchestra to celebrate the cherished film in an incredibly entertaining way.

Beyond the sheer amount of starpower present there that evening, one of the biggest highlights of the Hollywood Bowl’s The Little Mermaid experience had to be hearing Menken’s score performed live by the full orchestra, as conducted by Michael Kosarin (Beauty and the Beast / Enchanted / Tangled) while watching the movie projected on three large screens above and to the sides of that famous stage where The Beatles once performed.

Prior to the start of the performance, The Little Mermaid fans in attendance were given literal fans decked with the illustrated logo for the event, though the weather was not quite hot enough to necessitate them. There was also colorful costume contest, and a quirky old-time-Hollywood introduction before the Hollywood Bowl was transformed into the “Hollywood Fish Bowl” for a “Dive-In” evening under the stars. We were also treated to seventeen-year-old piano sensation Emily Bear’s original score to the 1938 Silly Symphony cartoon “Merbabies.” 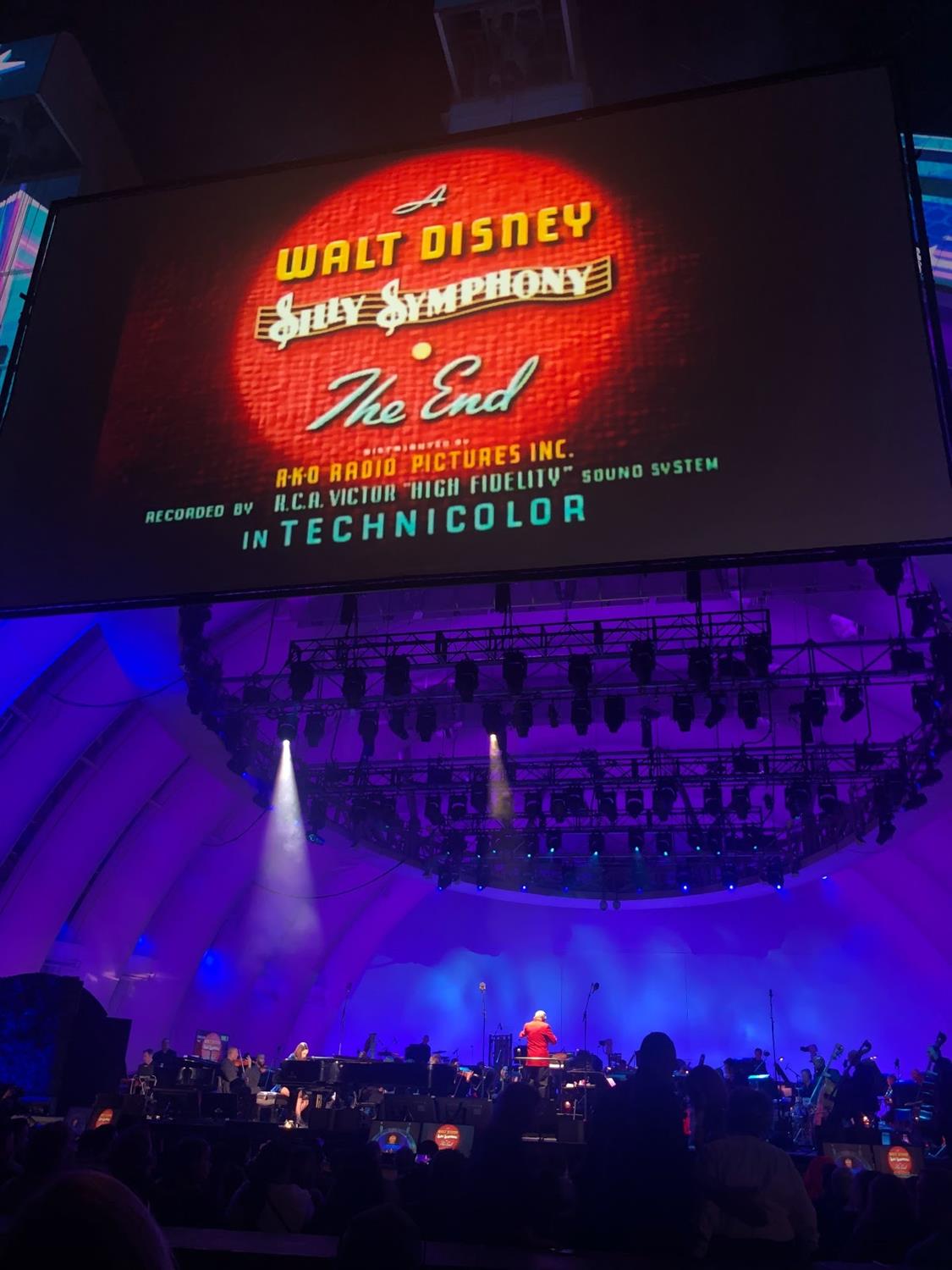 Intermission was also especially fun, as the organizers of “The Little Mermaid: An Immersive Live-to-Film Concert Experience” had put together a series of hilarious Under-the-Sea-themed pun trailers for other Disney movies such as The Hunchback of Notre Dame (as The Humpback of Notre Dame), Dumbo (as Gumbo), Deadpool (as Tidepool), and TRON (as PRAWN). All of the celebrity performances were excellent and well-matched with their respective parts, though they only came out to perform during the musical numbers (the rest of the dialogue was presented from the audio of the original film). And though I enjoyed Michele’s interpretation of Ariel’s singing voice and Page’s energetic take on Sebastian, the one true showstopping performance among the evening’s cast came from its unlikeliest member: the gravelly-voiced Fierstein bringing the house down with his “Poor Unfortunate Souls.” Here’s hoping he gets a call for Disney’s upcoming live-action The Little Mermaid reimagining.

Though this excellent and unique “The Little Mermaid: An Immersive Live-to-Film Concert Experience” show was limited to two nights this past Saturday and Sunday, the 2019 Hollywood Bowl season is just beginning and runs through the end of October. For more information and advance ticketing resources, be sure to visit the venue’s official website.