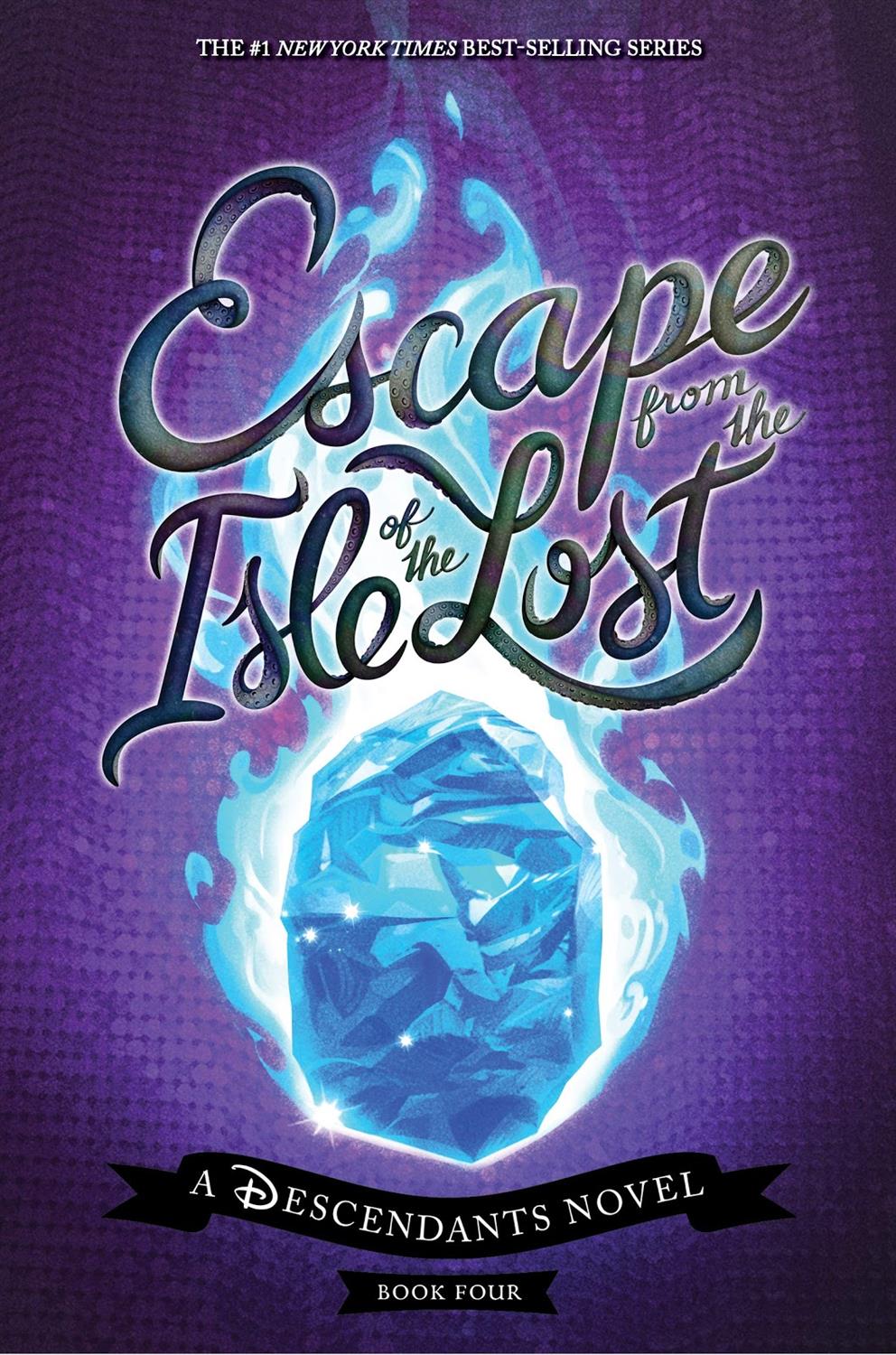 If you are reading this website, as a Disney fan you are probably familiar with the Descendants franchise, so I won’t go into too much detail here, but now that the VKs are starting to feel adjusted to life in Auradon. That being said, they still feel a connection to the Isle and want more VKs to have the opportunity to attend Auradon Prep. But the threat of Uma and Hades looms large over their efforts.

Escape from the Isle of the Lost does feel like a complete adventure, but it does establish connections to Descendants 3  that we will need to wait until August to see resolved. The author does a great job of balancing the needs of a full novel while also whetting our appetite for the upcoming DCOM. This is a tough task that many others have failed at, so it a testament to Melissa de la Cruz’s creativity that she is able to find fun ways to serve both needs.

Disney fans will find many references to Disney films on nearly every page. These fun nods are great call backs to the animated classics that inspired the world of Descendants. The book also makes references to the animated Wicked World shorts and includes a fleshed-out retelling of Under the Sea: A Descendants Story.  While an understanding of these stories is not necessary, those that are familiar will appreciate their inclusion.

In the end Escape from the Isle of the Lost is a fun read that building anticipation for the upcoming Disney Channel event. It is a must-read for any fan of the franchise and respects the fandom of both Disney and Descendants. It has my highest recommendation.