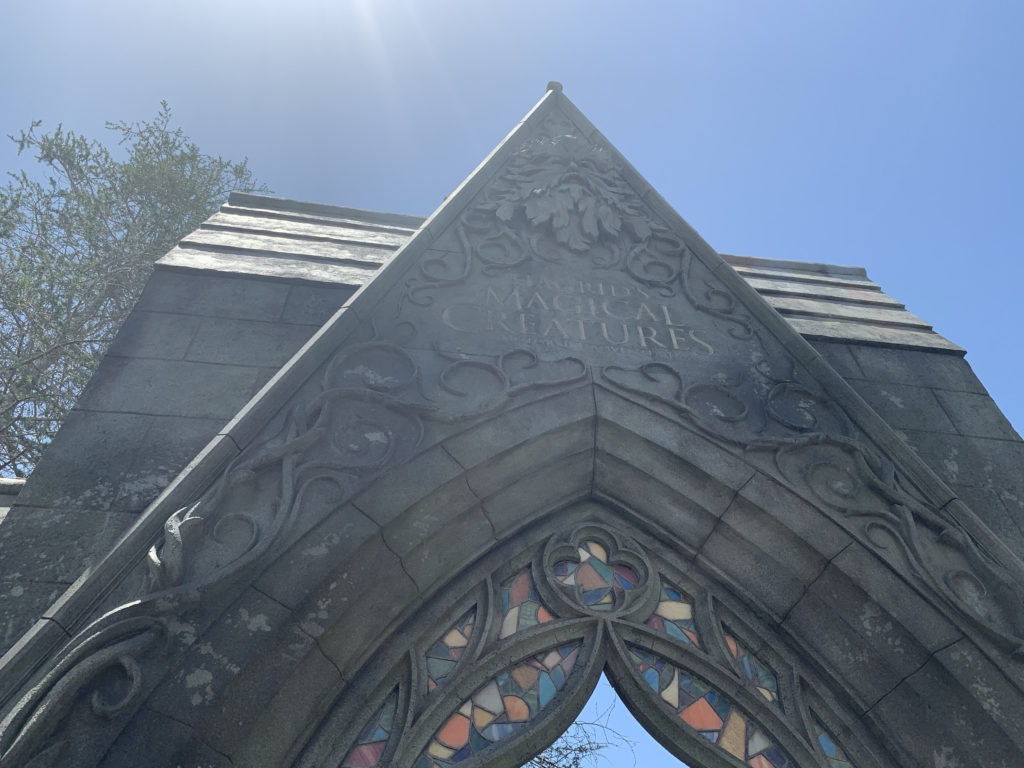 After hearing many other theme park fan sites tote this attraction as the “best ride in Orlando” and seeing lines of well over 10 hours for the few days, I had to find out for myself. Of course, we did have someone visit the park on opening day and he chronicled his almost 11 hour journey and my hat is off to him. I have waited for many things far past the normal tolerance level, but either I have grown less patient or I have finally realized that these rides are not built for one day and will be there for many years to come. In any case, after a week of working out the bugs, it seems the newest attraction in Central Florida is getting on track and lines have been moving much more quickly. Now, before I get into my thoughts on this attraction, I do have to commend the Team Members on the front line. With the delayed opening each day, thousands of guests who only know about a new attraction question these poor folks who are stuck in the sun and have to say the exact same thing over and over again. But as I stood and watched for about 45 minutes, not a single one of them broke away from their smile and continued giving great directions to the holding queue that had formed at park opening. The holding queue in the Lost Content area of Islands of Adventure was most likely the thing guests will take away over the attraction. As you entered the queue, you were told the estimated wait was 4 to 5 hours. Now remember, the attraction hadn’t even opened for the day and this was after 1 pm, with some guests in there since 9 am. The winding line thankfully had some mist fans and water stations but sadly very little cover. As the attraction opened, I watched the Team Members bring in guests in groups, as they had to keep a path for guests exiting the Hogwarts Express. Because of this, many park guests walking past were very confused and attempted to join the wait at the entrance of the attraction rather than the end in the holding area. Once the queue started moving into the proper area for the ride, things started flowing very well. 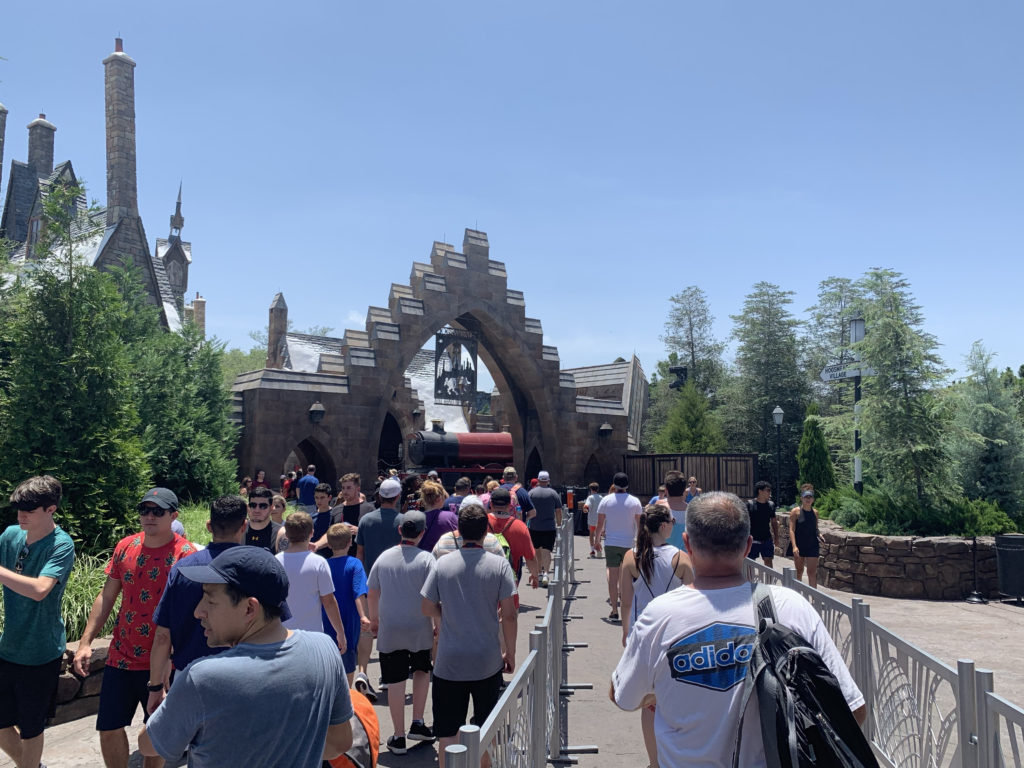 Now onto the actual queue – I loved that the original queue for Dueling Dragons is still somewhat there with the climb and the excellent view of Hogwats Castle along with a new view of Hagrid’s Hut. I can’t go into much detail about the queue once inside ruins in the Forbidden Forest because I took the Single Rider option, but from what I’ve heard, the pre-show and theming in there is very well done. The area were the single rider meets the stand-by queue is under the “testing area” for the Magical Motorbike with a great effect that does really seem like it is driving around above you. 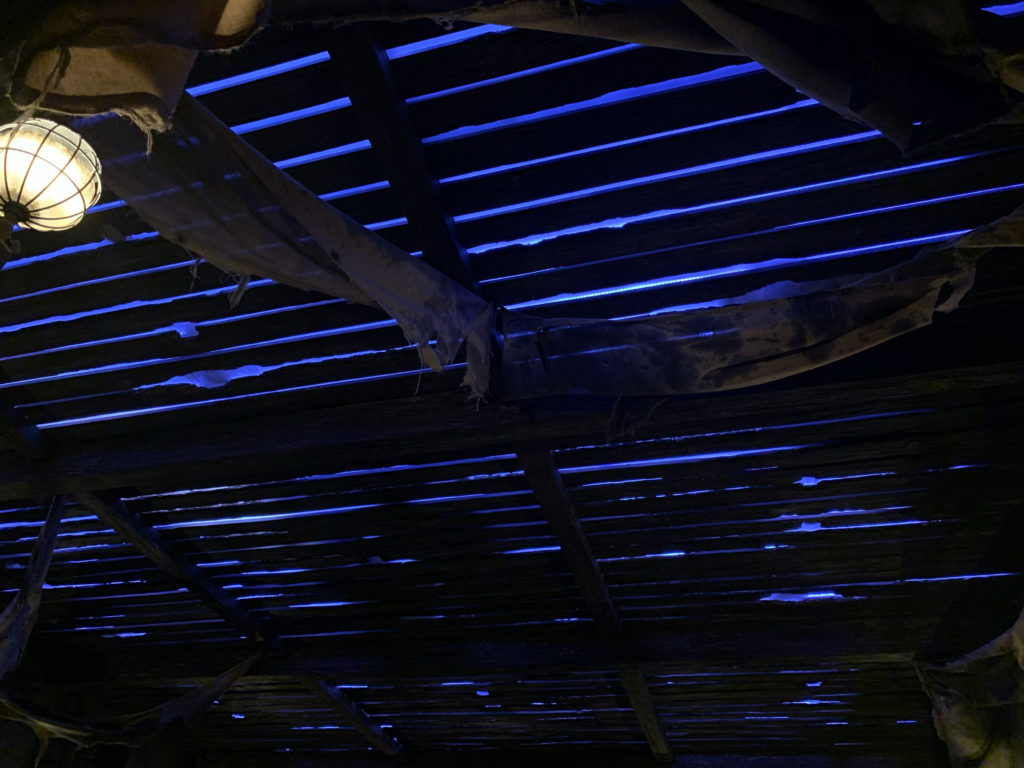 Prior to the load belt, guests are grouped in parties of two (the single rider line can take a while because of this) with one guest on the motorbike and the other one in the sidecar. Again, I have to commend the Team Members for making this load one of the quickest I have experienced in a long while. Now as for the ride itself – I enjoyed it. It is unique compared to attractions in any of the other Orlando theme parks but as to whether it is the “best ride in Orlando” really depends on what you are looking for.

There are a two different aspects of this attraction to look at. First, it is a coaster and a pretty good one at that. It has some great twists and turns that really does get the adrenaline pumping. Toss in a brief backward roll and a drop track area and you have one of the best coasters in the area. So, yes, I would say that, in this case, you have one of the best. 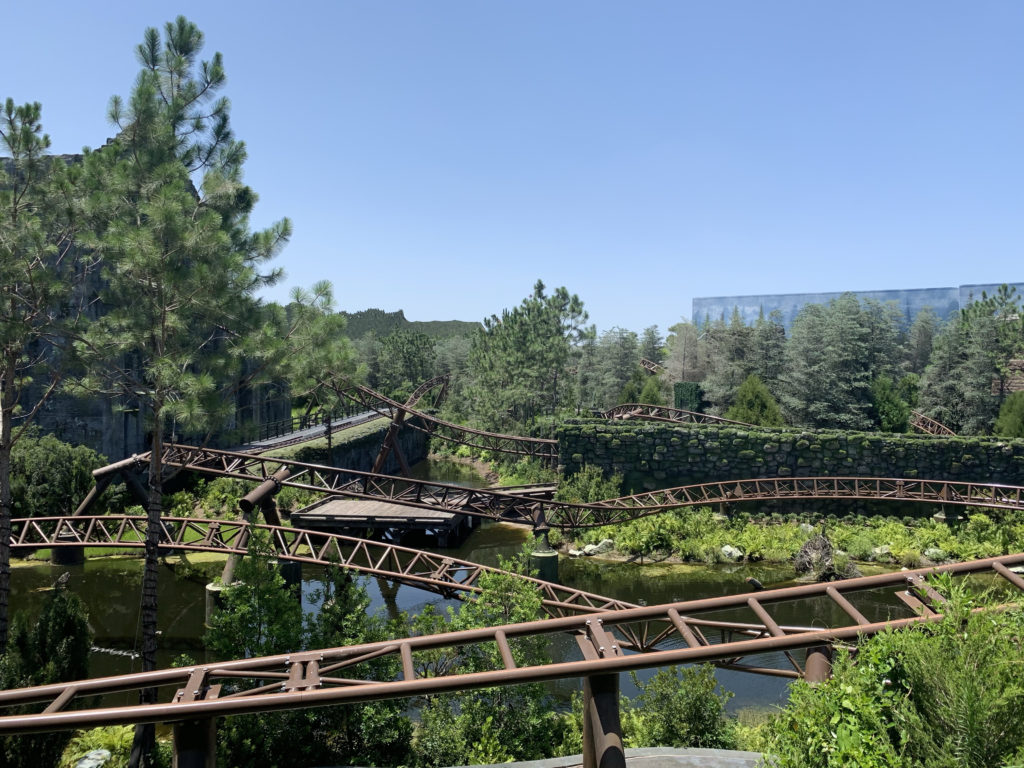 The second aspect is the storytelling. It is always a challenge to incorporate story into a coaster, but Hagrid’s takes what other coasters have done and turned it up to an 11 with show scenes and of course one the most advanced animatronics Universal has done. Unfortunately for me, this was a point where it feels a bit short. As a die-hard Harry Potter fan, it was great seeing all the magical creatures I read about for all those years but, between the audio of Hagrid telling us what was going on being so low and the speed of the coaster being so high, you fly past them and it is hard to even notice some of them. I understand I am going through the Forbidden Forest and encountering magical creatures, but the balance between that and a great coaster just seems a bit off. Overall, is this the “best ride in Orlando?” That depends. For me, it is a fun ride that I would very much be happy to wait another hour for. Being the theme park nerd I am, I enjoy attractions with a great balance of thrill and story. That being said, if you are purely a Harry Potter fan, this is a perfect complement to the already impressive Wizarding World of Harry Potter. In that regard, this could not only the best attraction in Central Florida but also among the best in the world.