Halloween Horror Nights 29 at Universal Studios Florida is just a couple weeks away and some of the biggest properties in horror will be coming to this year’s event. So how do you get ready for all the terrors you’re about to face? By watching the movies and TV shows before you step directly into them of course. 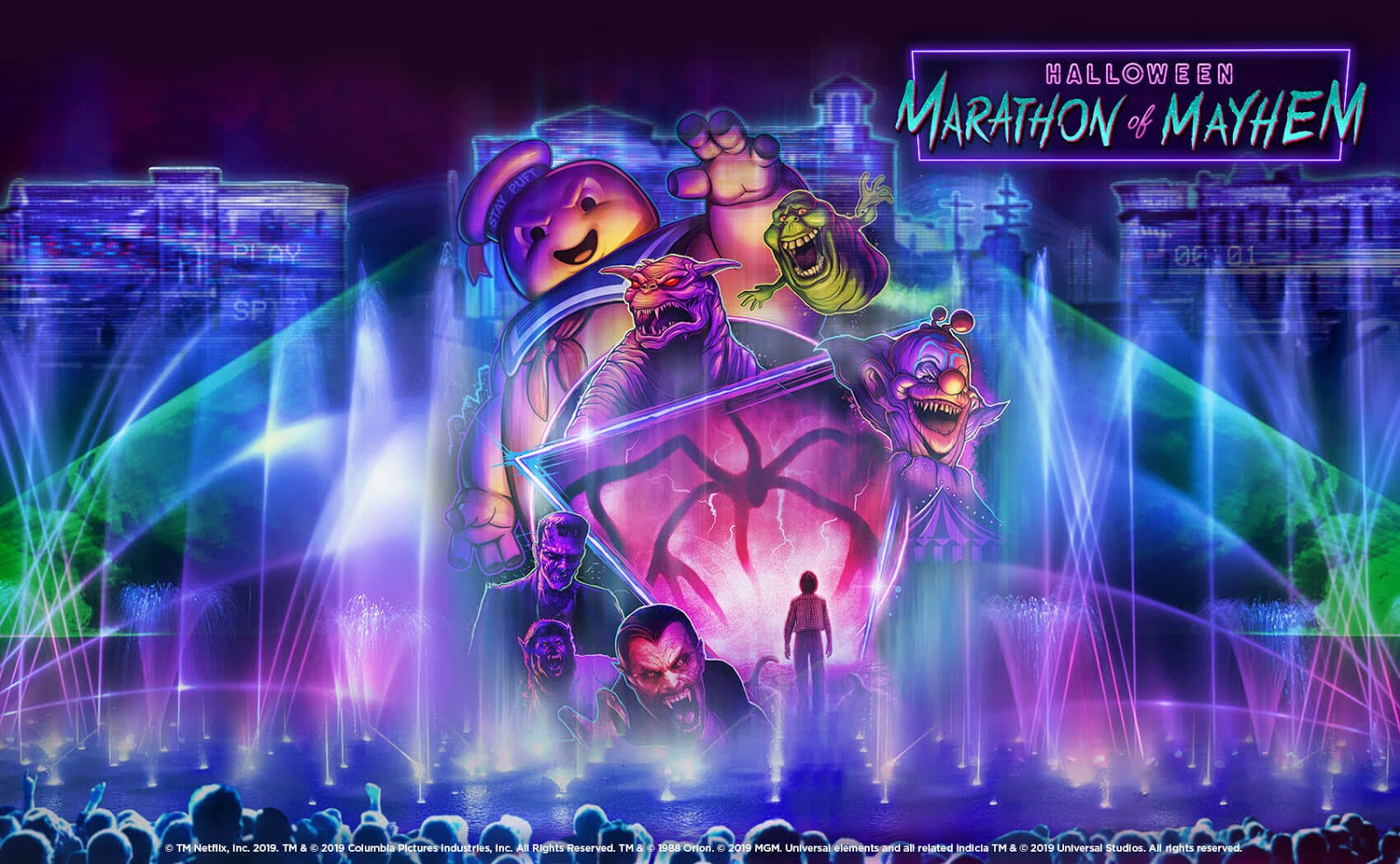 The list of properties coming to this year’s event includes:

If you’re looking to prepare for Halloween Horror Nights 29 but don’t know how to watch these movies and shows, I’m here to help. Here is a list of ways you can watch all of the horror properties coming to this year’s event. Let’s start with the easiest one. Where do you watch the hit Netflix series? Well, on Netflix. If you don’t have Netflix, you’ll have to get it if you want to prepare yourself for this house. This year’s house will be based on the second season AND the recently-released third season so you’ll have 17 episodes to watch to prepare yourself. 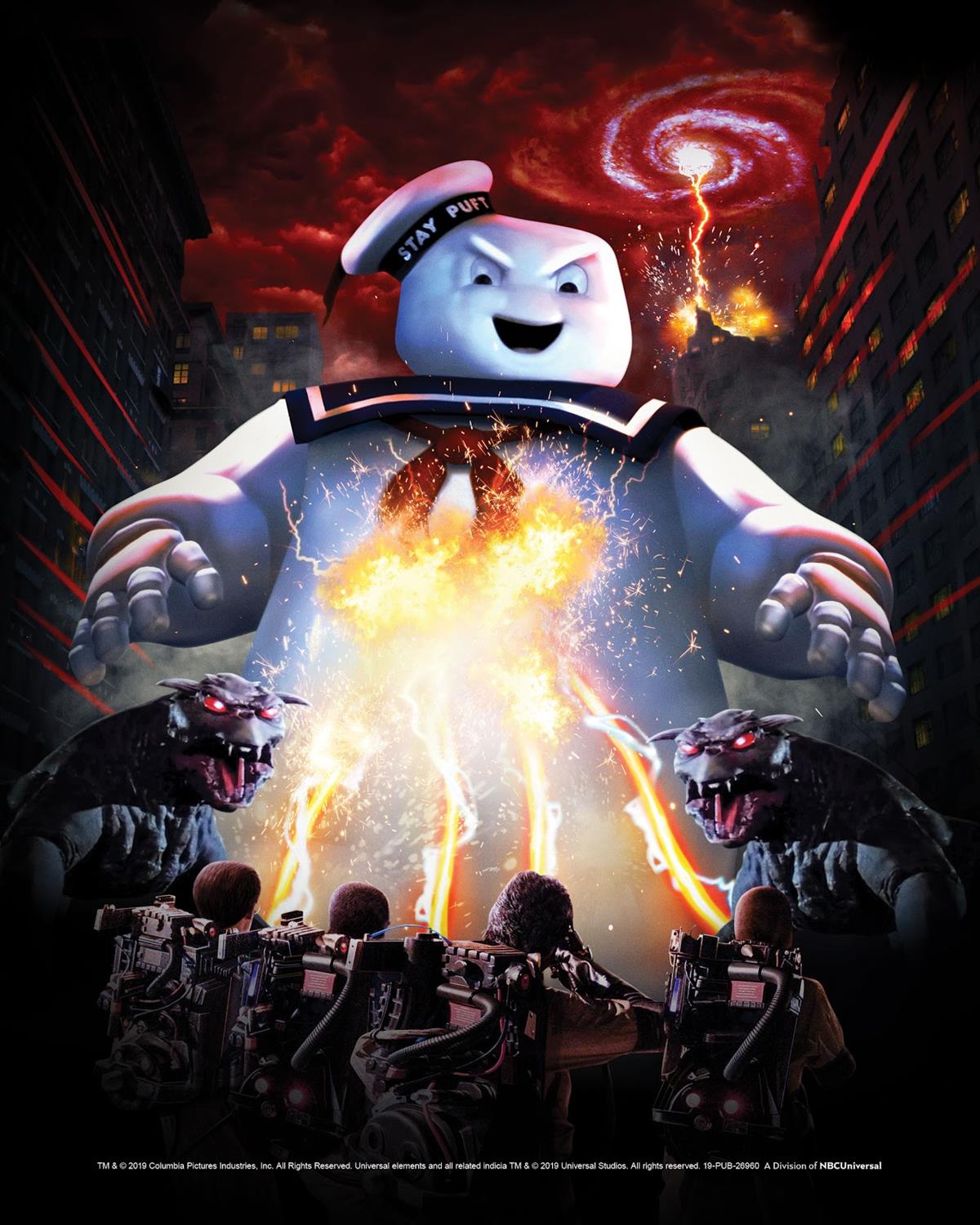 Who ya gonna call? Well luckily, you don’t have to call your parents to borrow an old VHS tape of the classic 1984 film (which is the one this house will be based on). Ghostbusters is available to rent or purchase on a number of streaming services, including:

Of course, you can also purchase both the original film and the sequel on Blu-ray or DVD on Amazon. This one certainly seems like it would be the most difficult to find, what with most of the movies being from the 1930s or 40s. So let me make it easy for you. There is a set of eight classic Universal Monster movies – including Frankenstein, Dracula, The Wolfman, The Invisible Man, Creature from the Black Lagoon and more – available on Amazon for just $28 and change. This will give you everything you need to be ready for that house. Plus, it’s a pretty cool set to own if you’re a fan of movies. 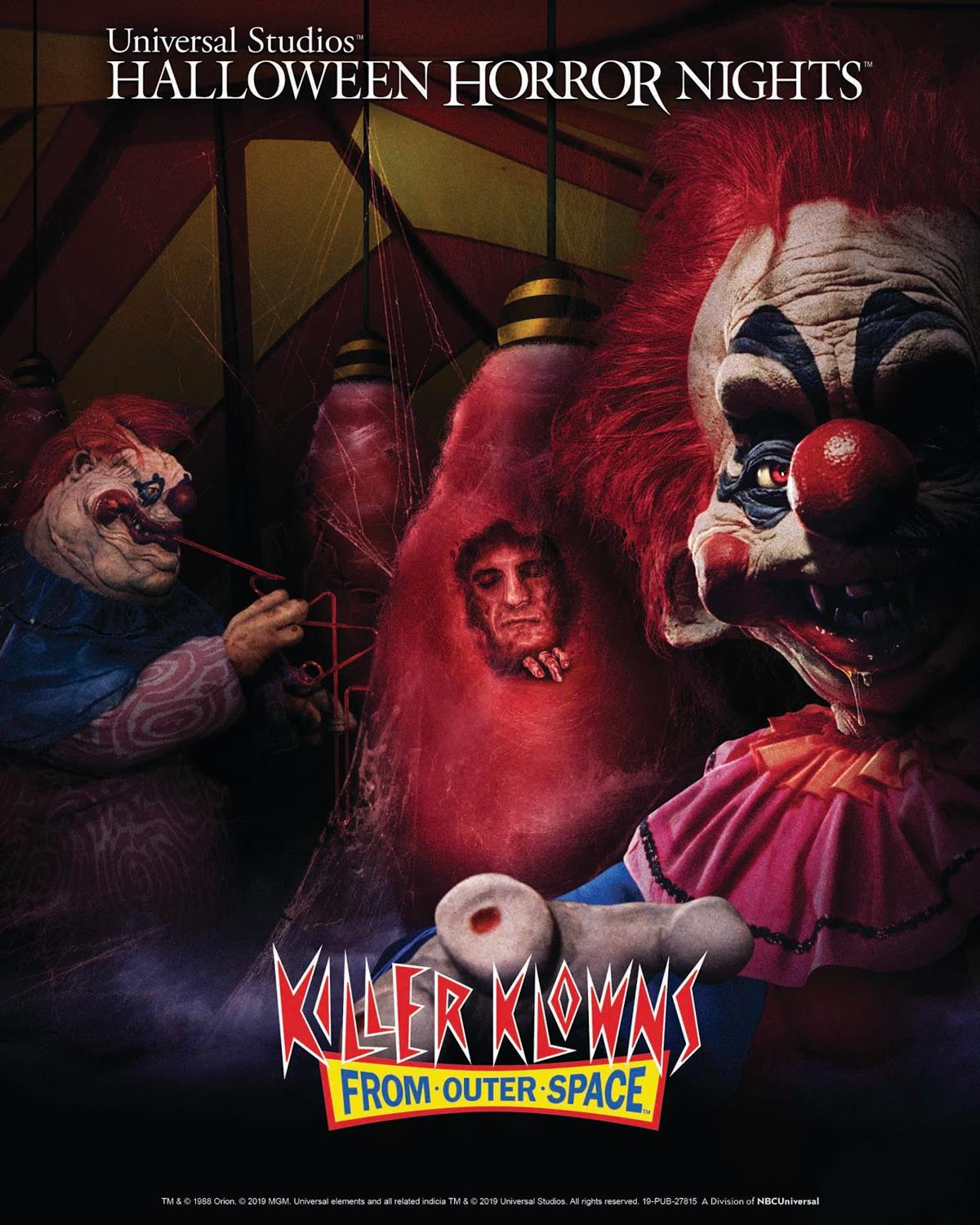 Last year, during my preparation for Halloween Horror Nights 28, I was very happy to learn that this film was available on Hulu. Unfortunately, that is not the case this year. It is however, available for free if you are an Amazon Prime member. It is also available to rent or purchase on the following streaming services:

Killer Klowns from Outer Space is also available to watch for free (with ads) on tubitv. Alternatively, you can purchase the Blu-ray or DVD on Amazon. Just because Jordan Peele’s 2019 horror is the most recent property featured in this year’s event, doesn’t mean it has to be the priciest film to watch. Us is available to rent or purchase on the following streaming services:

And of course, you can purchase the Blu-ray or DVD, if you prefer, on Amazon. 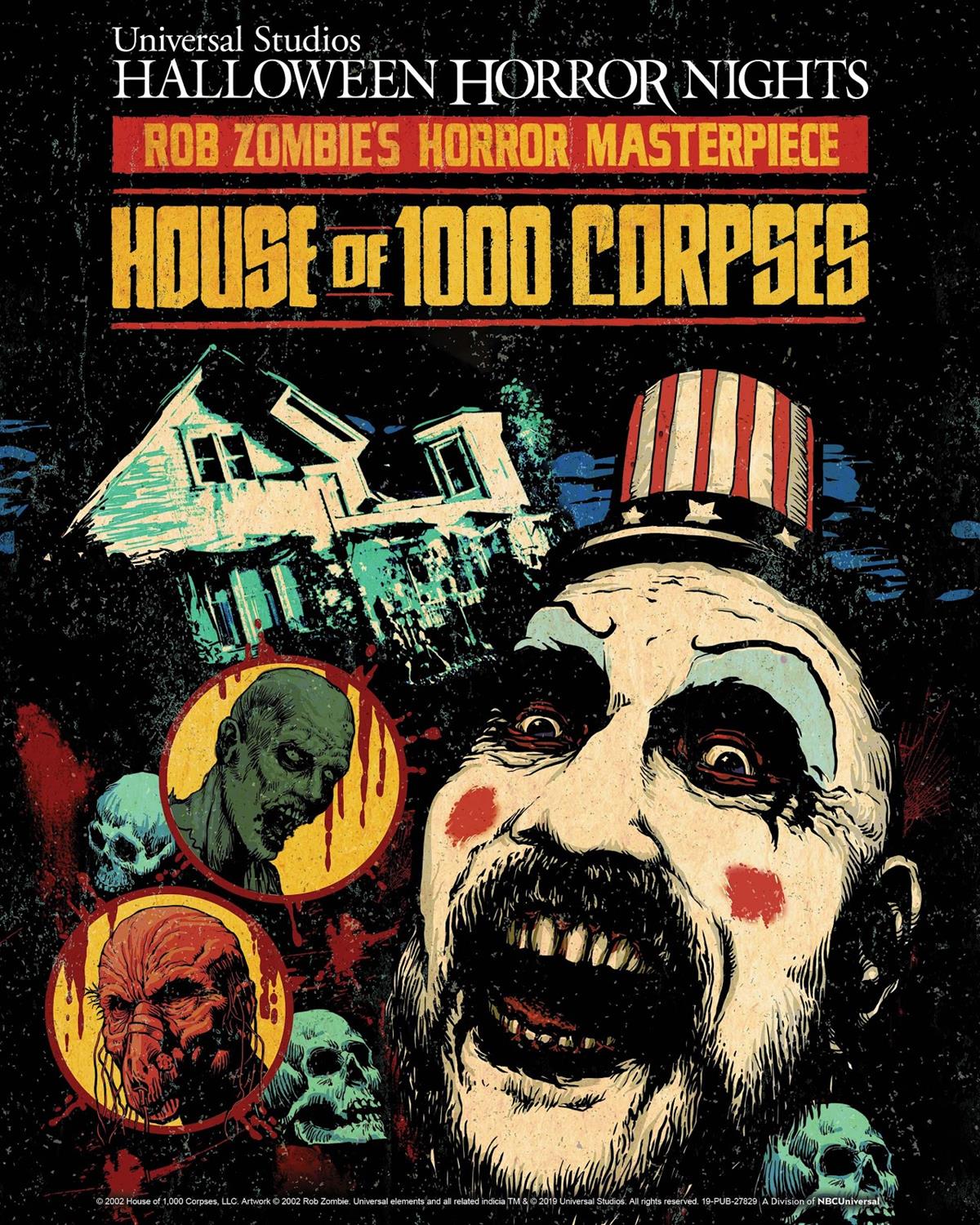 Rob Zombie’s 2003 nightmare fest is coming to this year’s event and you’re going to have to live that nightmare if you want to fully prepare for HHN. House of 1000 Corpses is available to rent or purchase on the following streaming services:

And yes, you can order the Blu-ray or DVD on Amazon. 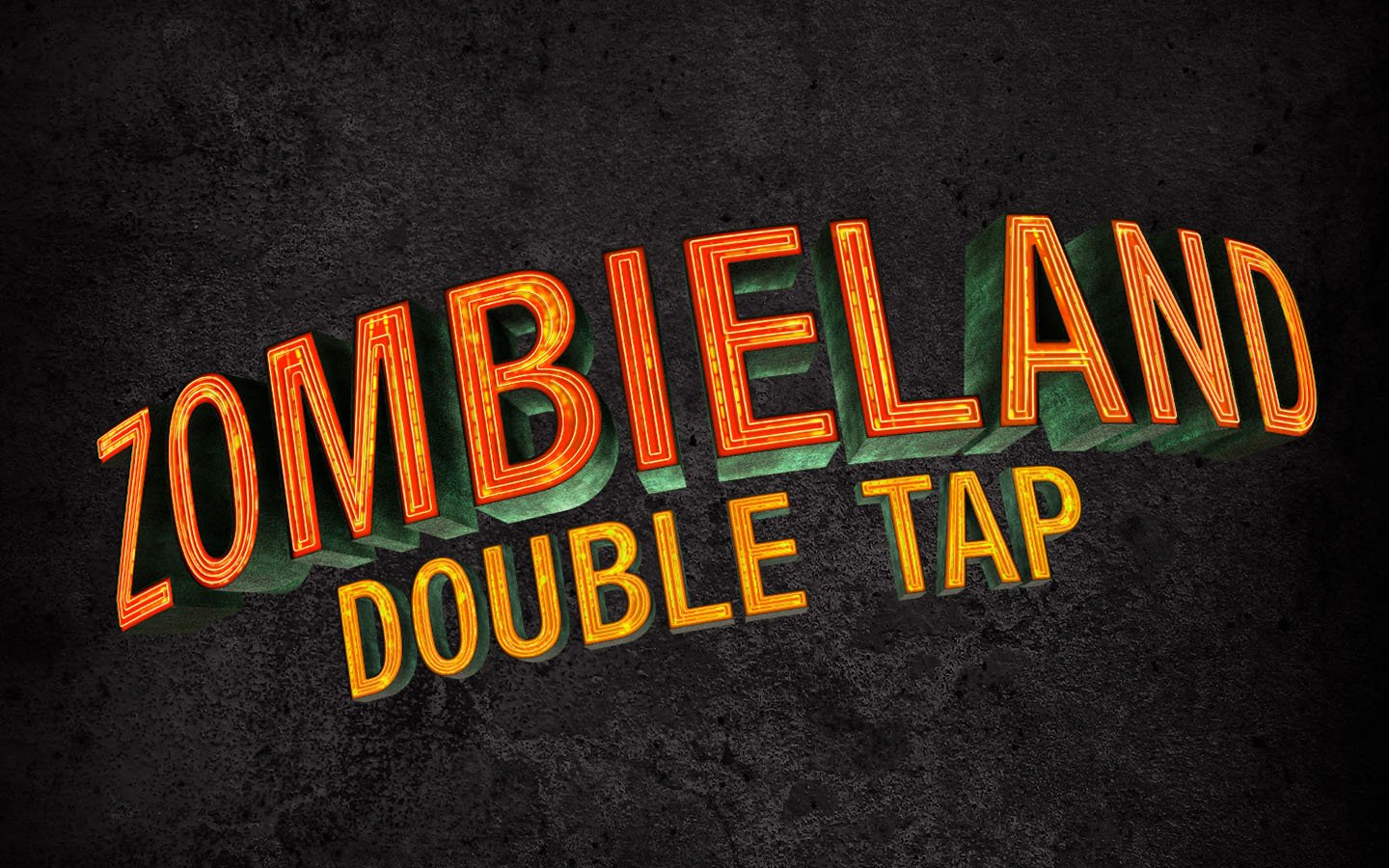 And finally, there is a set of rules you’ll want to follow for Halloween Horror Nights and Zombieland will teach you all of them. While the sequel doesn’t hit theaters until October, the original is available on the following streaming services:

You can own the film by ordering the Blu-ray or DVD on Amazon, but you’ll have to wait until October 18 to see Zombieland: Double Tap in theaters.

Halloween Horror Nights begins on Friday September 6 at Universal Studios Florida, so you have just two weeks to prepare for your nightmare.