Just a few days shy of the 80th anniversary of Marvel Comics, a massive 80-page celebration of the rich history of the comic book universe we know and love hit stores today. “Marvel Comics #1000” comes from the biggest team of creators ever assembled, coming together to create a brand new story spanning the entire history of Marvel Comics.

Dozens of characters from the last 80 years are crammed into this one book, with each page being it’s own little story and a different creative team behind each one. Meanwhile, a spine story runs through the comic, connecting it all. 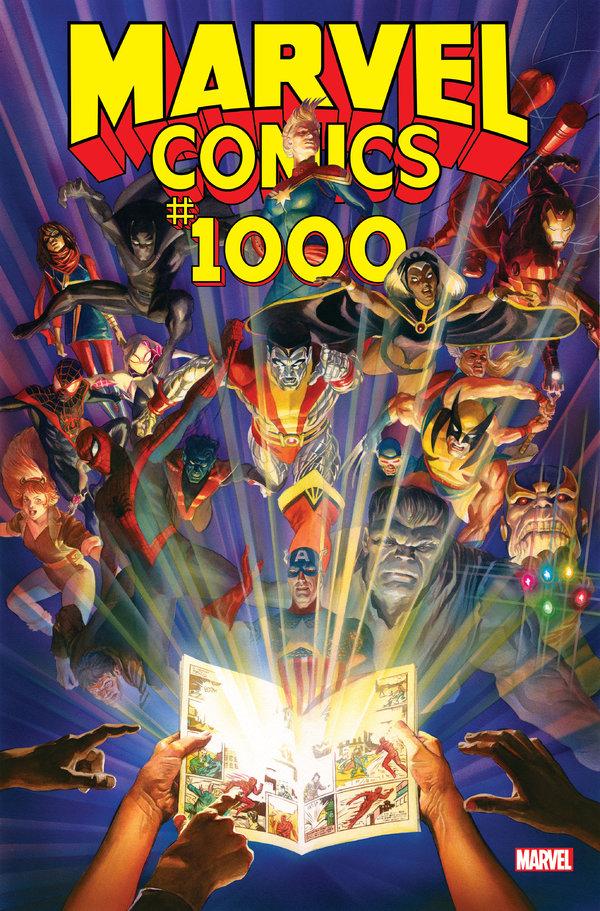 There’s a lot to unpack with this massive, celebratory comic. First off, if you’re a Marvel fan, this is an awesome piece of Marvel history that you’re going to want to own. Starting right at the cover, the art is fantastic and varies from page to page, covering just about every style of comic book you’ve ever seen. So many characters and different stories are crammed into this thing, there’s bound to be at least one page you’ll love.

To give a peek behind the curtain, I typically purchase digital copies of the comics I review. I find that it makes the whole process easier. This one is different though. I felt the urge to run to my local comic shop and pick up an actual copy of “Marvel Comics #1000” and once I got it in my hand, I felt like I had something special.

If you’re a collector, I probably don’t even need to tell you this, but you’re going to want a cope of this comic. 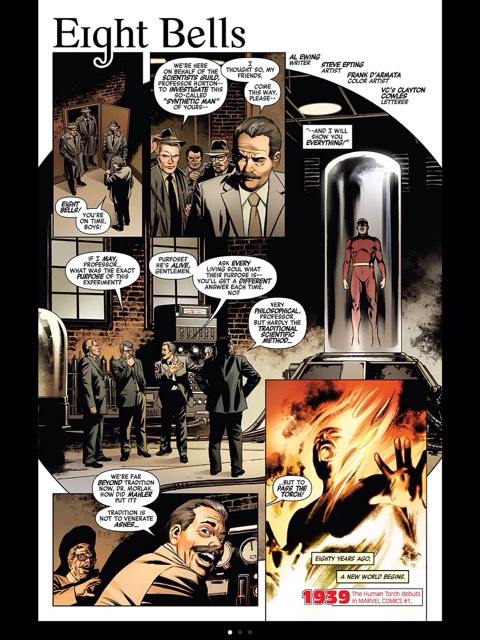 As you read through it, you feel as though you’re being given a history lesson in comics. In fact, the first panel of the new comic is the first panel of “Marvel Comics #1.” As you read on, you get to more modern comics, seeing some of your favorite characters like Captain America, Spider-Man and Black Panther being introduced. It really feels like you’re taking a trip through time in the Marvel Universe.

I will say however, this feels like much more of a collector’s item than a comic. Yes, there is that spine story that runs through it, but for the most part this comic consists of multiple one-page stories and it reads that way. Don’t get me wrong, a lot of the individual pages are a lot of fun, they just don’t come together to create one cohesive story. That aforementioned spine story probably hits about 25-30 of the 80 pages in this comic.

And while it is pretty cool that this story spans throughout the history of Marvel Comics, as though it has been playing out right under our noses for the past 80 years, it’s not all that much of a story. A weapon that actually seems pretty pedestrian by Marvel standards has been used by several people throughout history as they continuously combat a group of mad scientists who want to use it for their own purposes. 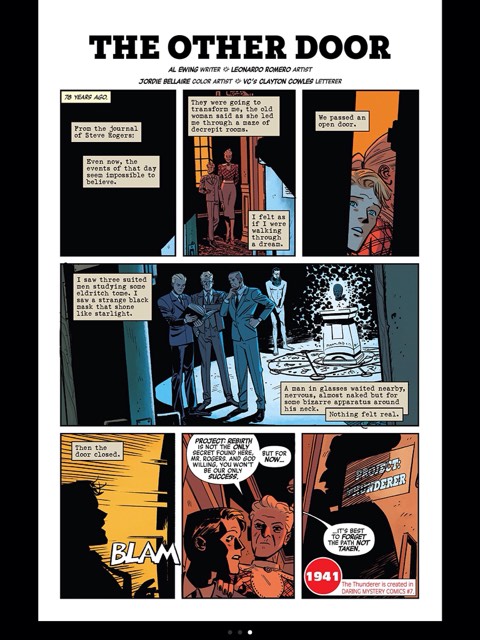 Still, despite the fact that the entirety of this issue reads as very disjointed and the overarching story hits less than half of its pages, it’s a lot of fun as a Marvel fan. Going from Dr. Doom on one page to Deadpool on the next certainly keeps you on your toes and as I’ve said, a lot of these individual pages are very entertaining (like the ones Deadpool pops up in for example).

While this isn’t my favorite new Marvel story and I’m not exactly chomping at the bit to see how it plays out, I certainly don’t regret purchasing it either. Like I said, I felt like I was holding a special piece of Marvel history in my hands and that’s more than enough to make me happy.