Over the years, The Walt Disney Company has released plenty of classic films. Unfortunately, a side effect of such success is that some great projects don’t get the recognition they deserve when standing in the shadow of masterpieces. Meet the Robinsons falls squarely in that category. While it may not be the greatest move the studio has ever made, its humor and heart still make it one of my favorites.

In celebration of the film and its feature in Freeform’s 30 Days of Disney line-up, I thought it’d be fun to test your knowledge of this underrated classic: 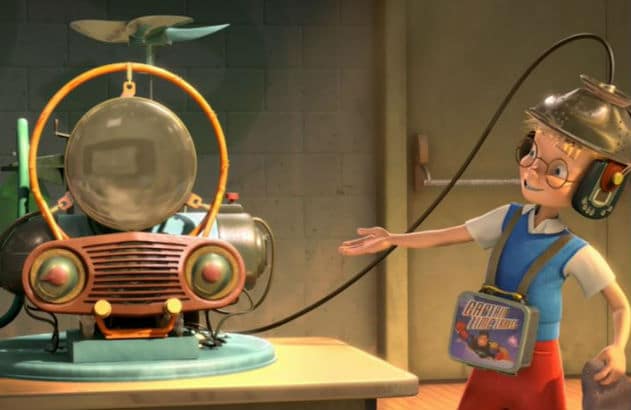 What's the name of the main character?

What's the name of the book the movie is based on?

What Disney land is in the film?

What year did was the movie released?

Who was the voice of Mildred?

What character is voiced by the voice of Spongebob (Tom Kenny)?

Which of these is a name of the villain?

Who likes to wear their clothes backwards?

What is the name of the Bowler Hat Guy's Sidekick?

Meet the Robinsons
Not too good

Meet the Robinsons
Not too bad

Meet the Robinsons
You're pretty good

Gideon is the son of LaughingPlace.com co-founders Doobie and Rebekah Moseley.