Marvel is always assembling teams of heroes to take on various threats to life as we know it. The Avengers, the X-Men, the Fantastic Four, there have been so many different lineups of superhero teams over the past 80 years. Still, somehow, this one feels a little different.

“Strikeforce #1” introduces a new team of heroes, who have been thrown together against their will by a menacing new threat. These heroes, if you want to call them that, don’t have much history together and are certainly a far cry from the Avengers, but they’re Earth’s first defense against an army of shape-shifting aliens. 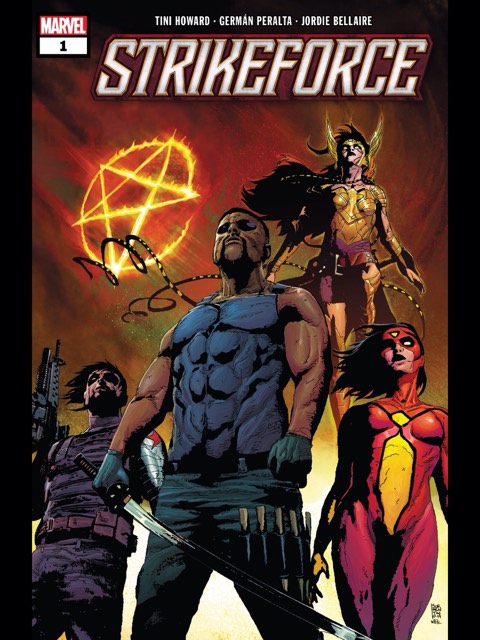 “Strikeforce” follows a group of heroes – Angela, Spectrum, the Winter Soldier, Spider-Woman and Wiccan – who were apprehended by the Avengers after apparently stealing vials of dangerous viruses from a secure facility. Only problem is, none of them remember doing that and they have no idea how they got there. 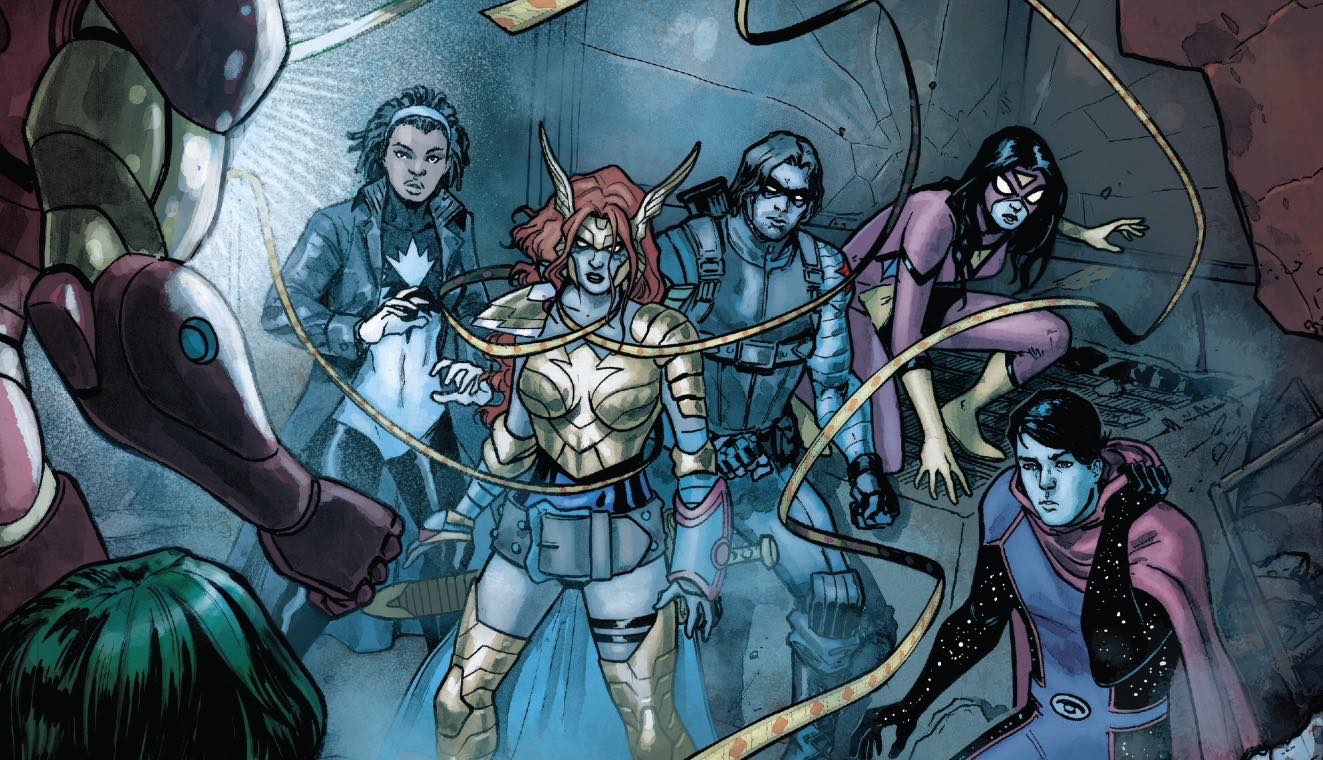 While they’re being detained, Blade contacts them to explain that they were victims of a race of shape-shifting aliens. No, it’s not the skrulls.

After the team discusses the situation and teleports to a temple in Indonesia, the action begins. Angela and Blade, separated temporarily from the group, confront this new foe for the first time, giving us a look at just how brutal these characters can be. Of course, the rest of the group is not to be outdone. This new series brings us a group of comedic-but-violent heroes with troubled pasts. It’s loaded with very interesting and complex characters. It’s fun to see them come together here and will certainly be fun to see how/if they can continue to work together in the future.

The team dynamic, while seeming a bit too natural at times for a group that has just come together for the first time, certainly makes for an entertaining read. 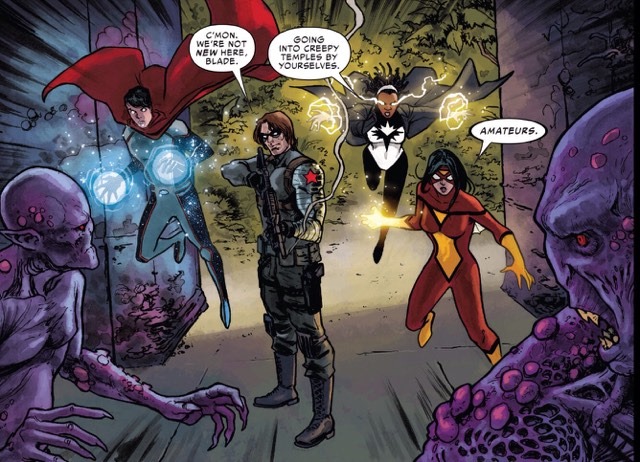 And as for that new threat, that adds a whole different layer to this new issue. I’ve always felt the scope of a comic series can be determined by its villain. If the villain is trying to become the new crime boss in a portion of New York City, that’s a story that probably won’t span across the Marvel universe. If the villain is a race of shape-shifting aliens with the ability to infect the minds of its victims on the other hand, that’s a story that feels big and important.

That’s the case here as this new foe certainly feels like a legitimate villain for these heroes and potentially more to deal with.

Overall, “Strikeforce #1” is a great start to a story I would certainly love to continue reading. It’s got a great group of characters and a villain that certainly gives the stroy some scope. It also ends on a bit of a cliffhanger that I won’t get into and even drops some big names that could come into play in the future.

I will say, if you’re not familiar with the characters I’ve listed above, you may want to do some reading before jumping into this one. This issue doesn’t provide a whole lot of context for these characters aside from a couple of lines from Captain Marvel and Captain America.