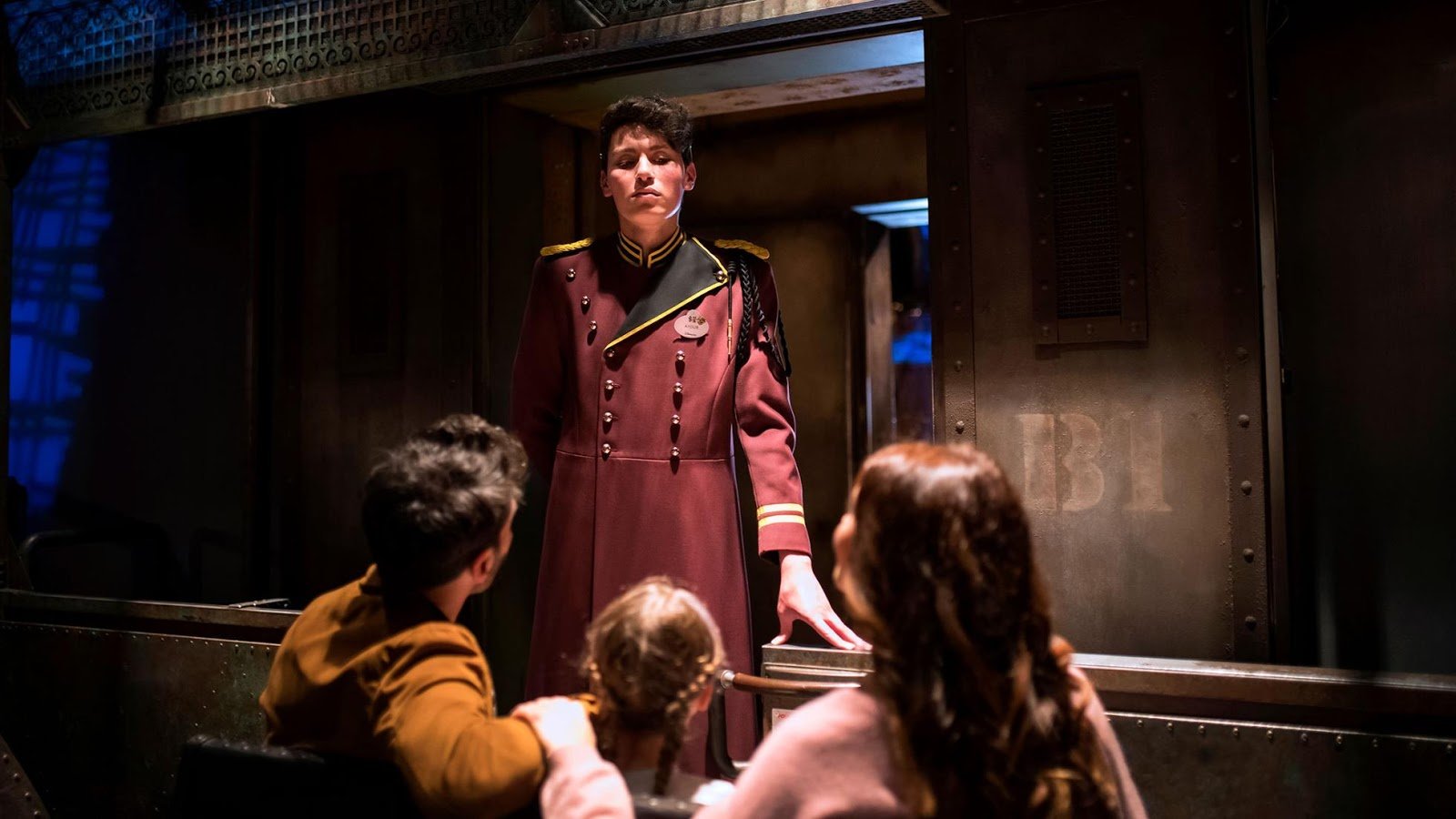 This Halloween season, Disneyland Paris Resort is asking “Are You Brave Enough?” (a seasonal catch phrase across both of its theme parks) to face three new experiences within The Twilight Zone Tower of Terror at Walt Disney Studios. The popular attraction, which opened in 2007 and was modeled after the Disney California Adventure version and its original forefather at Disney’s Hollywood Studios in Florida, unveiled “A New Dimension of Chills” this past weekend for guests looking to get lost in the deepest, darkest corners of the imagination.

I was fortunate to be among a group of attendees at a special event on Saturday night put on by the InsideEars Disneyland Paris social fan club, and I had a terrific time checking out the new additions to the ride, as well as sampling many of the other Halloween offerings around the resort. Guests were welcomed to the festivities by Goofy dressed as a Hollywood Tower Hotel bellhop, as he posed for photos and generally goofed around with fans– a very exciting and rare character interaction for those of us from the states.

The evening’s itinerary consisted of over two hours access to the attraction, a guided tour of the Hollywood Tower Hotel, and a taste of the Disney Halloween Festival food and dessert options from around Disneyland Paris. 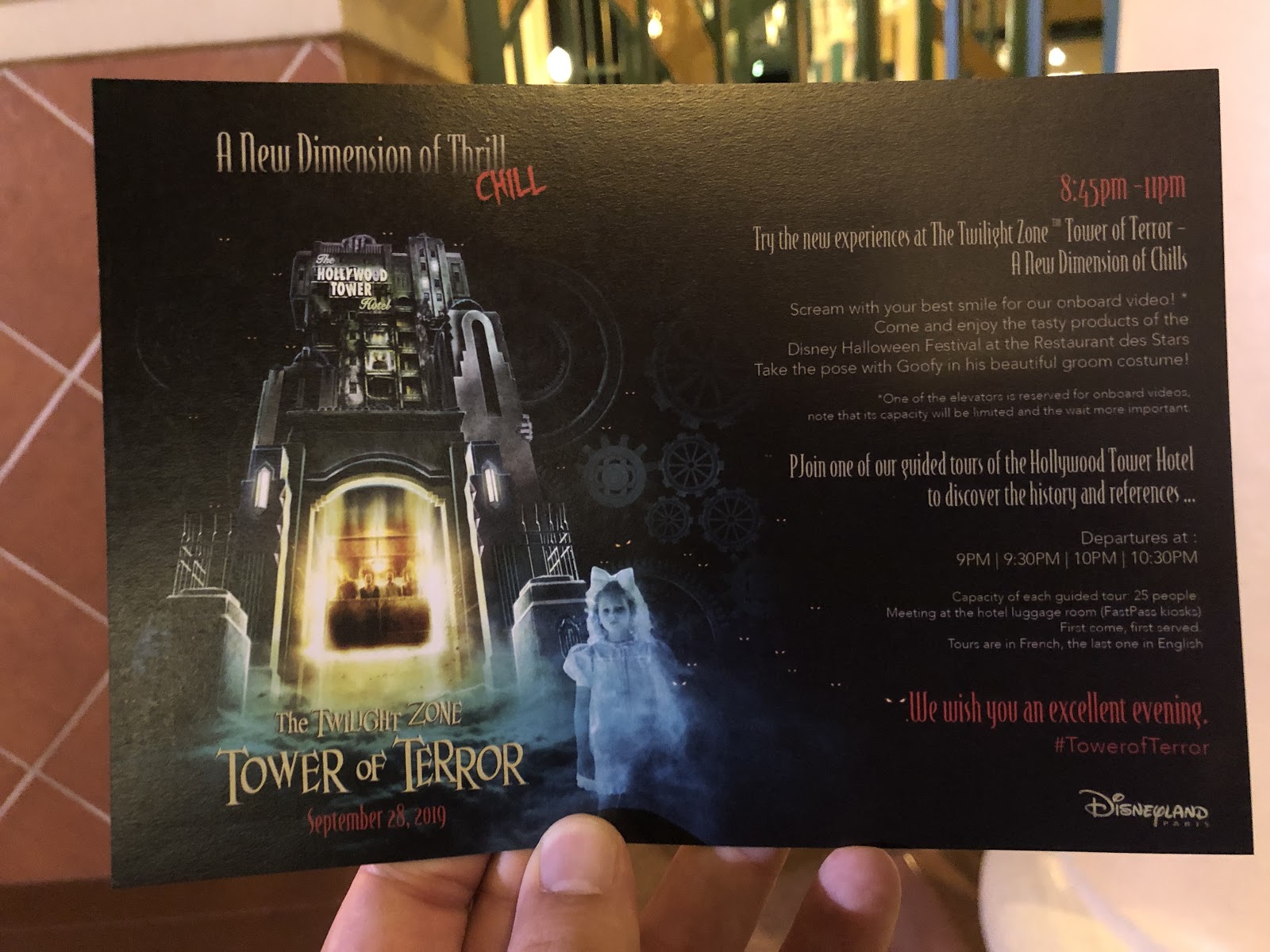 Inside the attraction itself, I found a very familiar-looking lobby and felt that I had stepped back in time at DCA, as the dimensions of this show building match the California iteration more than the larger-scale Florida version. Stepping into the infamous library, I was greeted not by the usual video pre-show, but by a very entertaining singing bellhop Cast Member, who (through three visits) crooned about the Hollywood Tower Hotel, Dapper Day, and how we were all doomed. It was a very unique way to start off the experience, though I doubt it’s something the average guest will get during the normal operating day at the park. 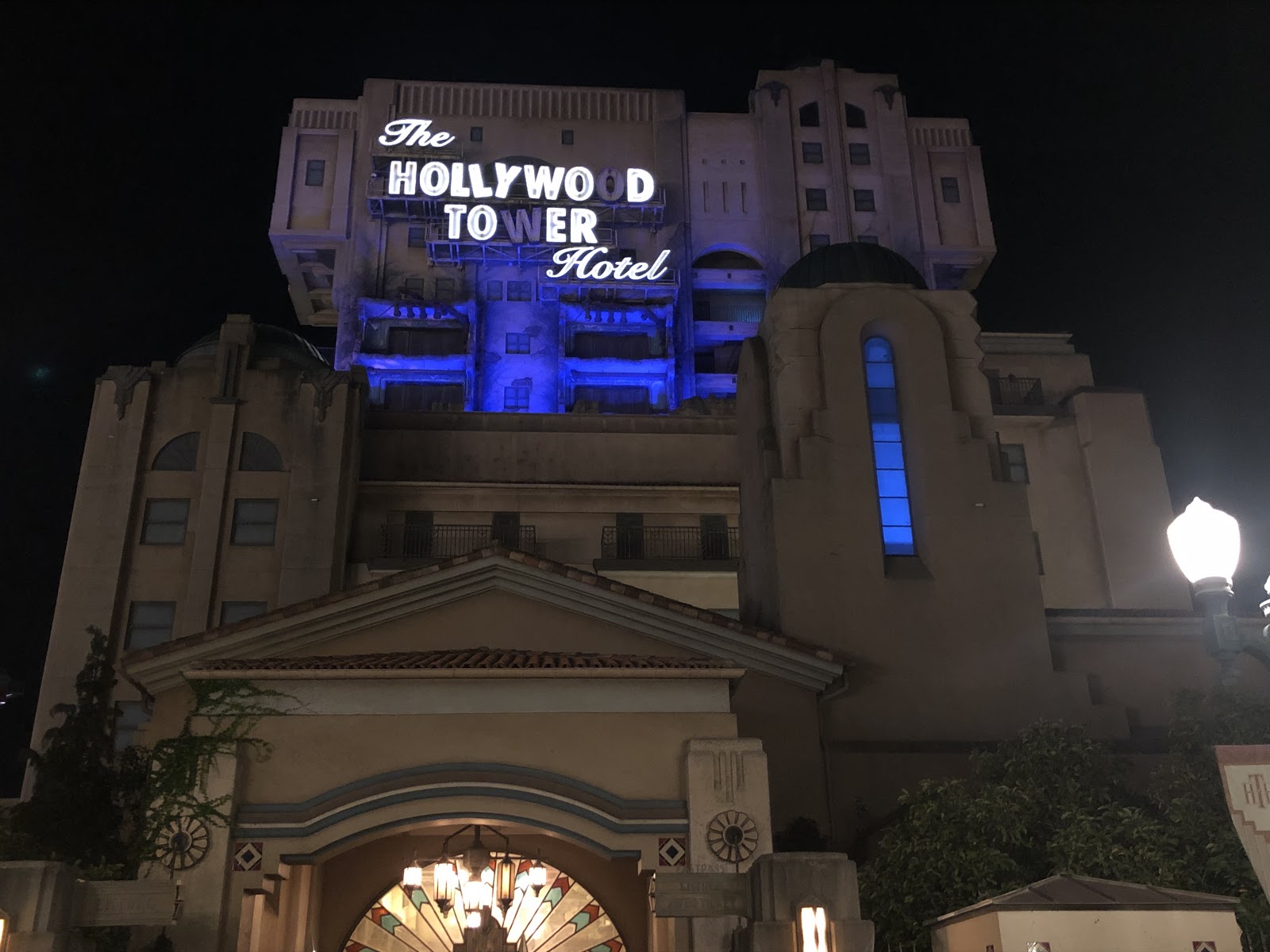 After being escorted out of the library and through the recognizeable boiler room, I finally boarded the maintenance service elevator for my trip to The Twilight Zone. The safety spiel was about was I was used to from back home (aside from it being delivered both in English and French), and then we were off to another dimension. The official description of the three new ride stories are as follows:

A little ghost girl haunts this elevator. But she is the least of your worries. Because as soon as you take your seat, this malevolent machine only has one thing in mind – to trap you in its mechanical prison and clank and screech with glee as it catapults you up and plummets you down at its wicked will. The only thing you can do is hold tight. And scream!

“They know you’re here. Whatever you do, don’t scream!” Some demonic creatures have control of the elevator and they’re preying on the cries of human souls – the louder your pleas for mercy, the more powerful they become. Can you stay silent while plummeting 13 unlucky floors at the speed of fright?

Don’t get lost in this dimension! A sinister spectre has opened the 5th dimension and wants to take your soul with it. Prepare to question everything you think is real as you’re dropped into a terrifying psychedelic journey between worlds.

Despite these synopses being pretty different from each other, all three new narratives feature the same creepy little girl delivering a message to riders at the offset– one a beckoning, one a warning, and one a little more playful than the others. The main variations come with the ride profiles: you may get a sudden accelerated launch or something more suspensful, but each has an assortment of drops intermixed with story elements. In that way, “A New Dimension of Chills” reminded me of Guardians of the Galaxy – Mission: BREAKOUT! I enjoyed returning through the queue to try the trio of trips beyond the fifth dimension. They all have their own unique effects and each is worth checking out if you have the chance. 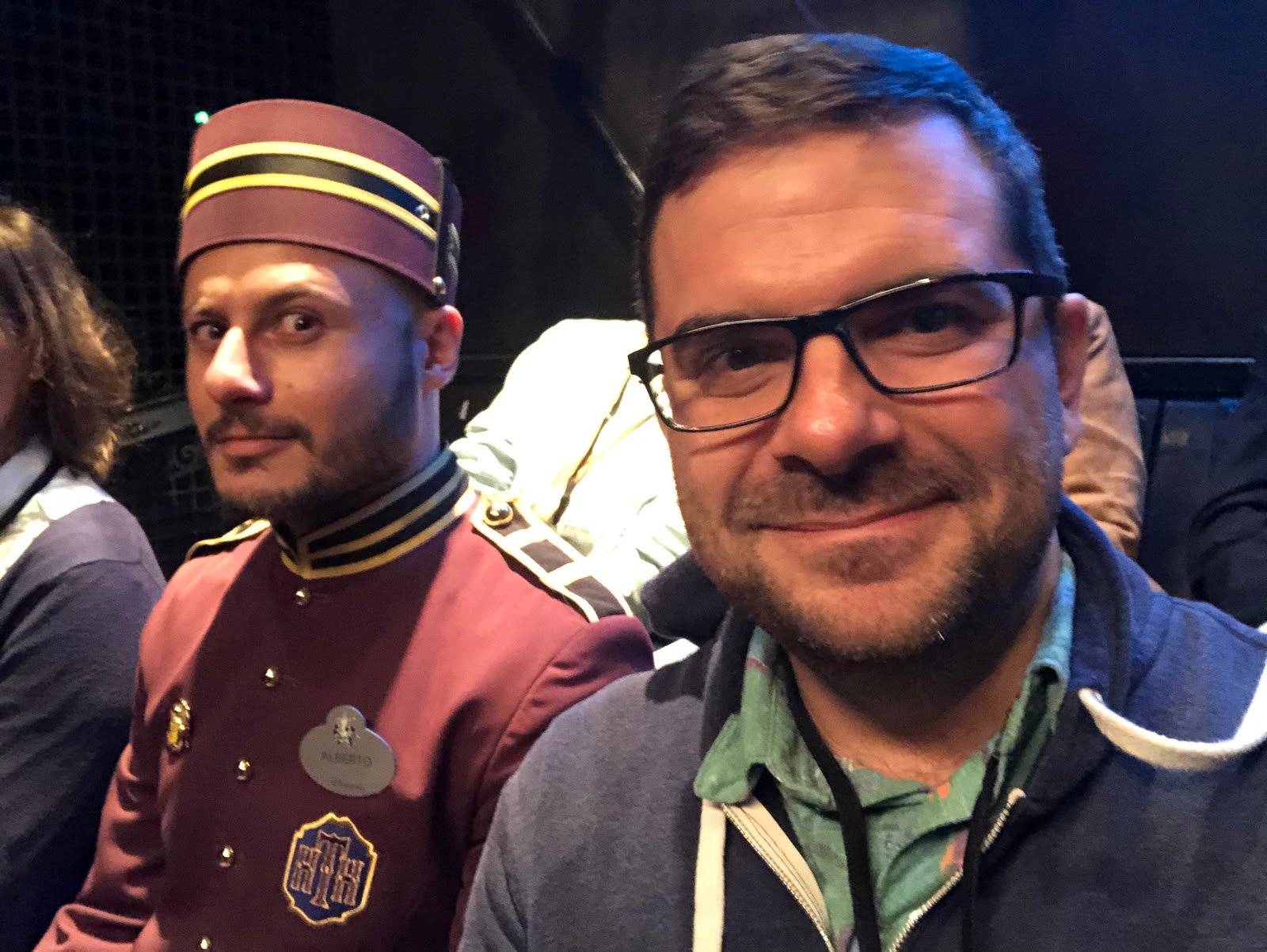 To wrap up the evening, we were given a guided walking tour (the final timeslot being in English) of the Hollywood Tower Hotel’s exterior, lobby, library, and photo review area. It was an abbreviated version of a Twilight Zone Tower of Terror tour offered at Walt Disney Studios on Saturdays and Wednesdays. It was interesting to see a French perspective on the ride and the classic Rod Serling-created television show that inspired it, and I’d suggest making time for the tour during your stay if you’re as obsessed with either of those things as I am. 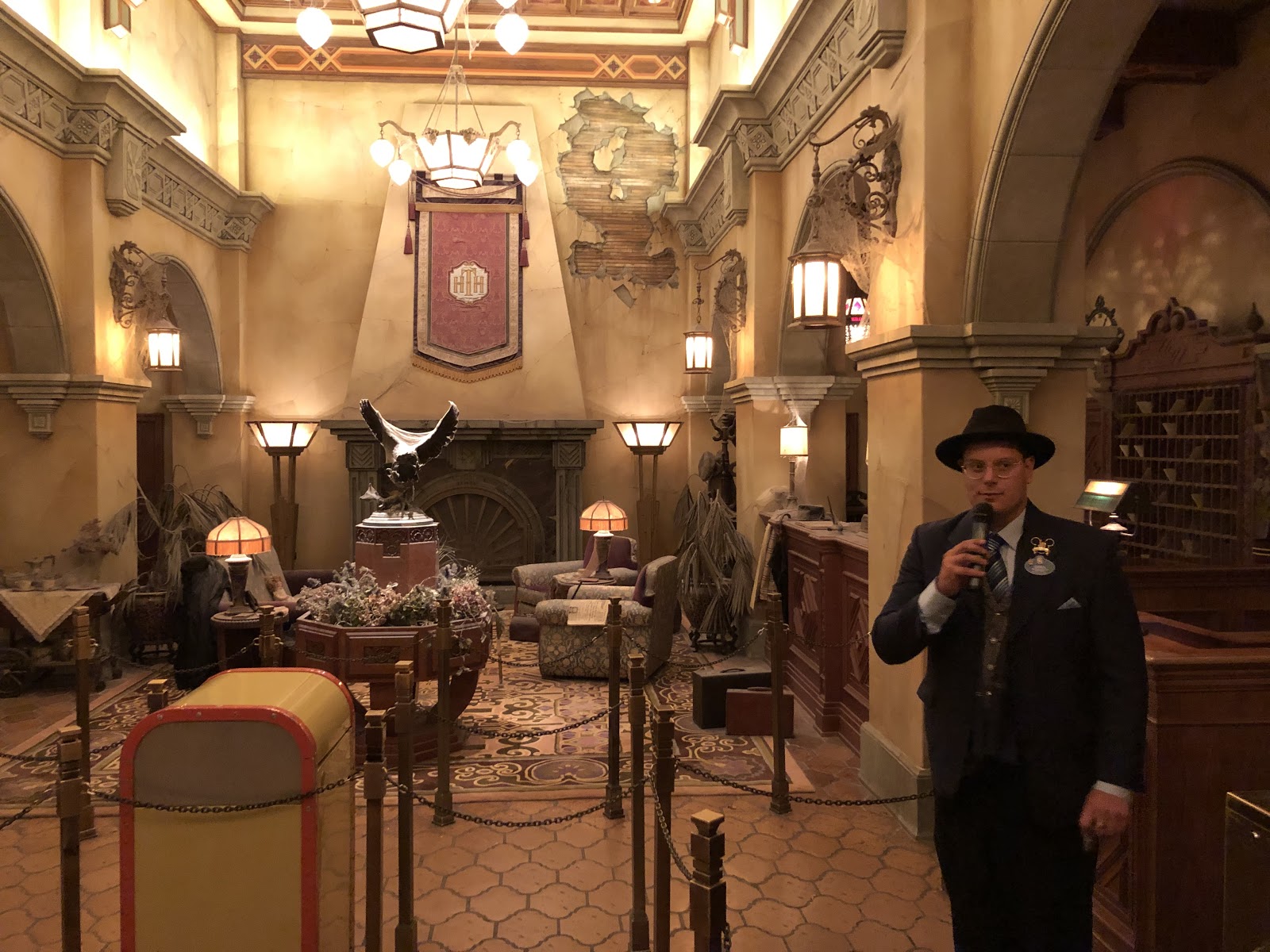 The Twilight Zone Tower of Terror – A New Dimension of Chills is now open in Walt Disney Studios at Disneyland Paris. For more information and advance ticketing resources, be sure to visit the resort’s official website.