Disney+ and Marvel have an impressive lineup of shows coming down the line that drove many fans to subscribe early to the streaming service. But one show that has flown under the radar while quickly becoming one of my most-anticipated is Marvel’s Hero Project. As the synopsis of the series says, “In life, it doesn’t take wearing a suit of iron, carrying a mythical hammer or swinging from spider webs to be a real hero. Sometimes the person who can make a positive difference in the world is the person who simply sees a problem and has the passion to find a creative solution.”

Marvel’s Hero Project profiles kids that are making a difference and transforms their real-world heroics into a special comic book that will be available each week on Marvel.com.

At this weekend’s New York Comic-Con, Marvel held its first panel to showcase the series and premiere the first episode. The panel was really fun, going into how the project started and expanded into how the young people were found and the process of turning these heroes into a Marvel Hero. The panel of Executive producers Sana Amanat, Stephen Wacker, and Sarah Amos were on hand to give the behind the scenes look as well as take on the Q&A from attendees.

Now that you have seen after effect of the episode we all watched, it’s my job to review it. That is a tough task when you had to watch it through tear-filled eyes. The debut episode focuses on Jordan (a limb different 13-year-old) and how she has changed, inspired, and made a difference to the world around her. As the episode begins, the Marvel Comics team opens with a bit of the background of Jordan and what parts of her life they chose for the comic book she is presented with during the emotional ending of the show. Throughout the course of the episode, we hear from her parents about her birth and younger years where we start to learn that this young lady is most definitely not disabled but stronger than most adults. The story really starts when Jordan was invited to San Francisco to take part in a  program that connects children with upper-limb differences with professional engineers so that they can design and create their own custom-made prosthetics that do, well, whatever the kids want them to do. 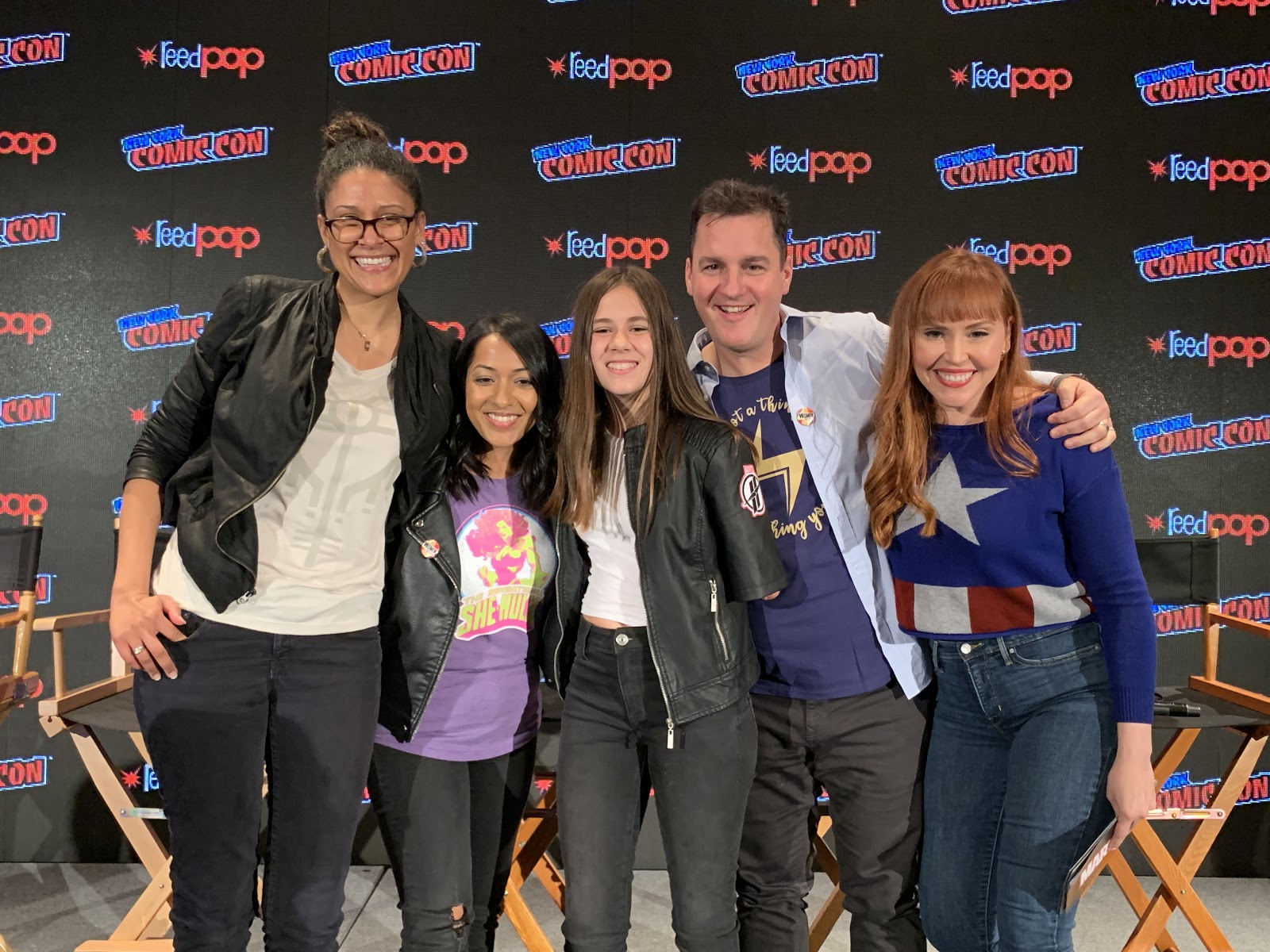 Jordan took a fun idea of a glitter spraying prosthetic from a small concept to using 3-D designs to create her “Project Unicorn” a unicorn horn spray gun. Once she started moving on to bigger things including inspiring and helping other limb different kids to design their own things. This series will be a must see for the entire family and is a huge difference for any other documentary type show because 1) it shows young people are indeed going to change the world and 2) it’ll leave everyone inspired.  As I said about the challenge of reviewing this with the tear filled eyes, this show will 100% make you cry (in a good way) and will make viewers want to help find a way to change the world.